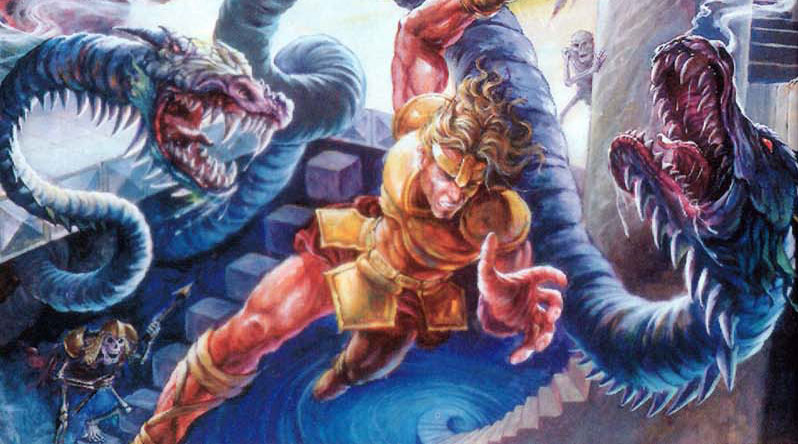 It’s that time of year again. All Hallows’ Eve. The time when the dead rise from the underworld to terrorise the living for one foul night. The balance of good and evil shifts as all manner of ghouls, ghosts and other ungodly creatures come out to cause fear…oh and Super Castlevania 4 is released on the Wii U Virtual Console.

Super Castlevania 4 was the first outing of the series on the Super Nintendo, and certainly earned the “Super” title it was given. The game sees legendary Vampire Hunter Simon Belmont return as the playable character having been left out in Castlevania 3, and it’s down to him to return Dracula to the land of the dead, yet again. All the familiar gameplay features one would expect are present in SC4. Whipping candles gives you hearts, which in turn provide attack points for your secondary weapons (an axe, a knife, holy water and a boomerang as throwing projectiles, and a stop watch to momentarily freeze enemies). Whipping the walls still occasionally offers up the stale old dusty pork chop for health. Yum, wall food! Similarities aside, what really sets the game apart from it’s NES ancestors is the plethora of improvements that SC4 received. 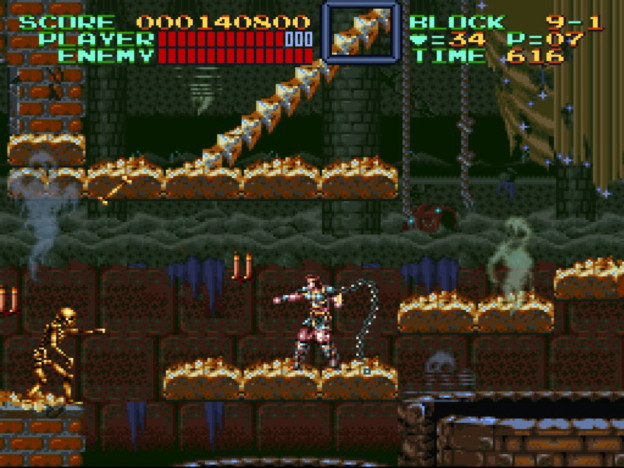 The first major difference anyone who is familiar with the Castlevania series will note when starting up SC4 are the vastly improved controls. Unlike the game’s descendants from the NES, you no longer feel like you’re wrestling with the controls in SC4. Gone are the sluggish movements, the rigid jumps and that restrictive whipping action. In its place is a fluent, responsive control scheme that makes the game a delight to play. And as for the whipping, Simon can now whip in eight, yes, eight directions. Simon can also twirl his whip around in all directions with all the grace of a schoolgirl with a skipping rope. It sounds amusing, but it’s extremely effective at dealing with tricky projectiles and those incredibly unpredictable flying enemies, I’m looking at you, Bats! Simon can even use his whip as a lasso to swing across gaps in certain areas. As if that’s not testament enough to the improvement in controls, Simon can even moonwalk up the stairs. This coming from a series who in the past, would punish you with death for so much as putting a foot wrong on a staircase. Whip twirling and moonwalking aside, the improvement in controls makes SC4 a game worth sticking with. Unlike it’s 8 bit predecessors, the ownness of dying in SC4 is down to the player as opposed to the cheap deaths or unavoidable mishaps one encountered with the earlier instalments. 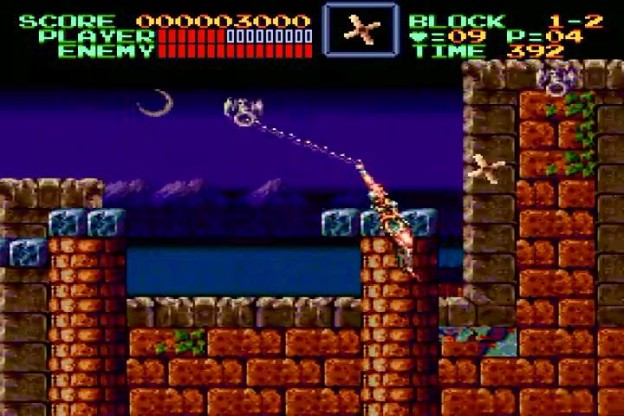 Visually, the game is stunning and one will be hard pressed to find a more aesthetically appealing title from the SNES library. For a game that is over twenty years old, SC4 looks and sounds amazing even to this day. The surroundings aren’t mere static canvases, but instead ooze life, whether it be through bats emerging from far off caves, or waterfalls that cascade off or Simon as you walk underneath, the level of detail poured into the game is phenomenal, and makes the trek into the heart of Dracula’s Castle all the more absorbing and spooky. No level in SC4 is the same, and that is a great testament to the designers. Simon doesn’t simply go from one section of the castle to the next as in previous instalments, but instead travels through forests, caves, underground vaults. Thanks to the Super Nintendo’s Mode 7 graphics, rooms spin around Simon and even rotate a full 180 degrees, which also contributes to some of the most unique level designs featured in any Super Nintendo platformer. Mode 7 also allows for some pretty swanky effects like swinging chandelier platforms and the scaling of bosses which leave them towering above Simon. Not only does SC4 impress visually, the game sounds just as good as it appears. The music found within the game is some of the best in the series and the sound effects are crisp, clean and powerful. 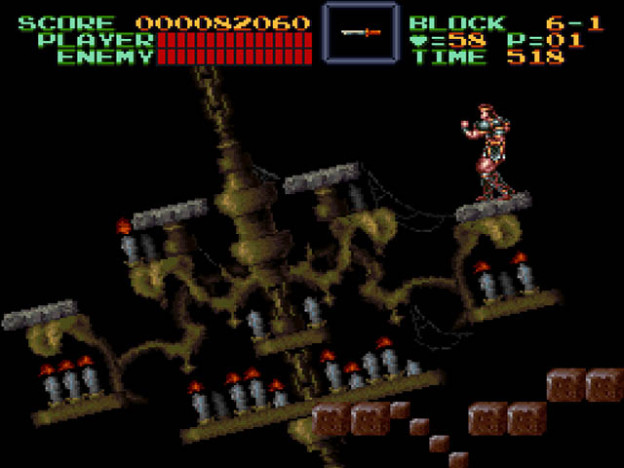 Anyone familiar with the retro Castlevanias may note SC4’s lack of difficulty compared to the likes of the NES classics, Castlevania 1 or Castlevania III: Dracula’s Curse, and whether this is a positive or negative trait of the game is debatable. Hardcore gamers used to mastering the most unforgiving of NES platformers may find SC4 a breeze, but those less accustomed to such demanding games will certainly find a worth challenge in vanquishing the Prince of Darkness himself. The title does offer its fair share of difficulty, especially in later stages, and defeating the game will allow the more sadistic gamers to play through again on a tougher difficulty. Thankfully, the games difficulty this time around doesn’t come down to bad controls or mistimed jumps as was so often the case in previous titles. Boss fights can be inconsistent in their levels of difficulty, and of course, there are still the occasional hair pulling moments of falling backwards off a ledge or missing a pixel precise jump, but they help keep the feeling of a traditional Castlevania game. There’s a sort of sadistic joy in playing a classic Castlevania. You’re going to shout, cuss and possibly cry at times, but the frustration makes progress and completion all that much more sweeter. After all, did you really think bringing down the Prince of Darkness really be a walk in the park? 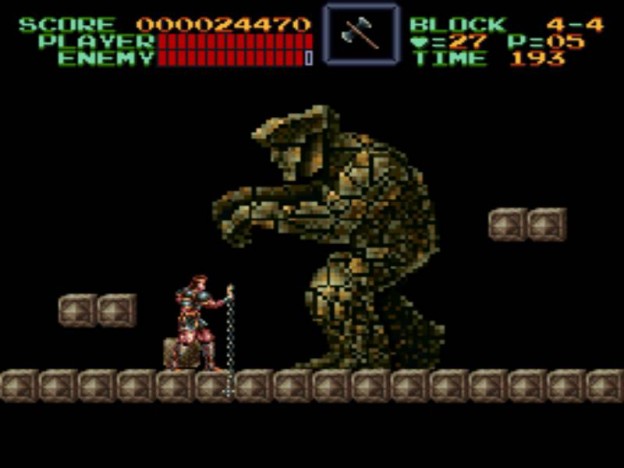 ClayFace off – One of the easier boss battles in the game

Super Castlevania 4 remains one of, if not the best, Castlevania game in the series to date. Whether you’re familiar with the title, or are yet to experience it at all, Super Castlevania 4 is a must own game from the Super Nintendo library and will make a frightfully good addition to anyones Virtual Console library. Thanks to the Wii U release, gamers can even enjoy the experience in Off-TV Play on the Wii U Gamepad. Whipping the unliving daylights out of Dracula and the other cliché horror monsters may not be the most terrifying gaming experience you could play this Halloween, but it is certainly one of the best.