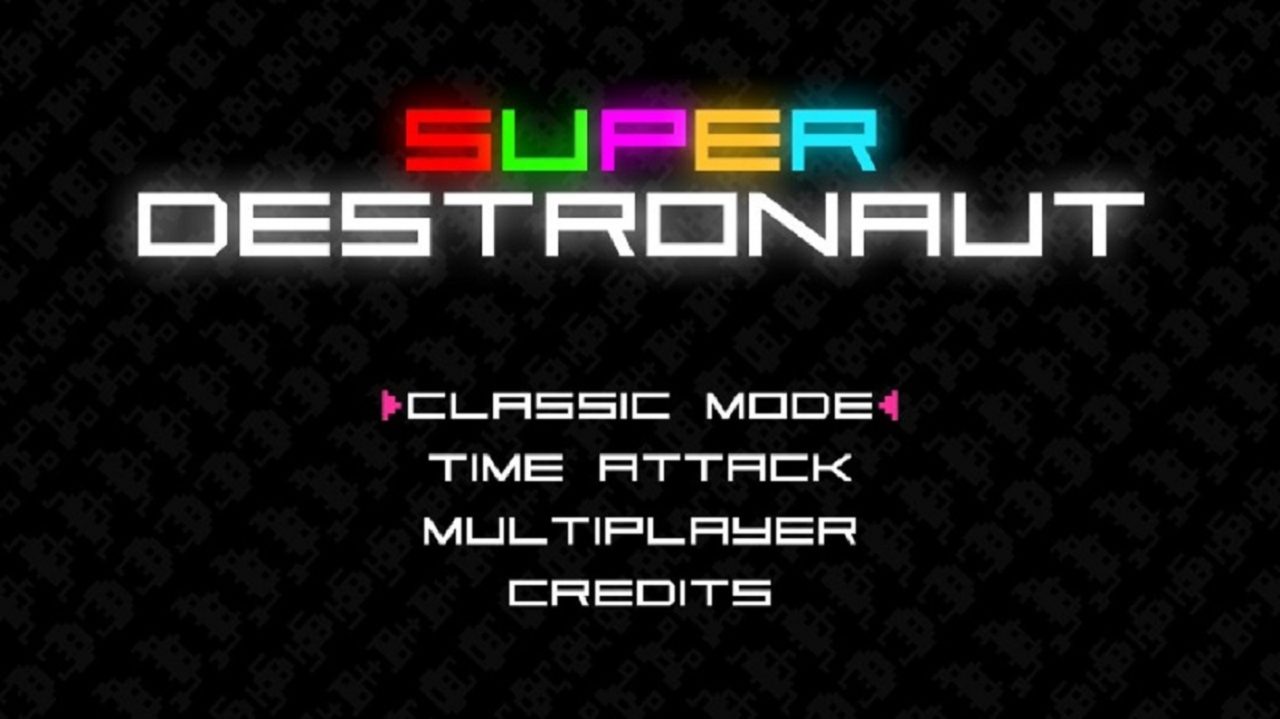 Firmly set in the Space Invaders’ mold, Super Destronaut offers Wii U owners some eShop retro shooting at a budget price.  The first thing that’ll probably catch your eye is that there are no defensive barriers in this title.  I’m not sure why they were cut, and in all honesty I feel this was a choice to the game’s detriment.  Possibly it was made to make things more difficult, but in reality it actually robs the formula of some depth and strategy.  In somewhat of a save though, the game’s enemies (who don’t descend) present their own unique challenges.

Prioritizing is key in Super Destronaut.  Blue enemies for example shoot heat seeking missiles at you.  Due to the lack of barriers the only outcomes are shooing them out of the air, or having them hit you.  As a result I tried to eliminate them early – no easy task with their middle positioning, and your basic weapons limited scope.  Power-ups (though extremely short-lived) make enemies less annoying and more of an entertaining challenge as you learn their various patterns. 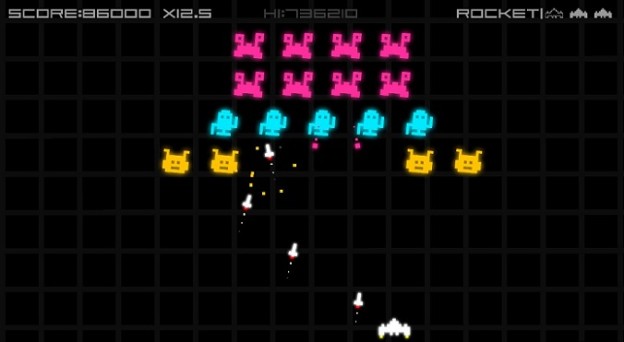 Classic mode is your standard three lives affair.  It entertains initially, but a lack of features means it has less of a ‘one more time’ lure than I hoped.  Time Attack brings a sense of urgency, and it’s satisfying to clear a wave with only seconds to spare.  My beef with the game’s multiplayer mode is that it only support Wii U Pro controller.  With controls as basic as these, why in the world would Wiimote support not be included?  Limits like these do indie devs no favors, which is why I make a point to praise those who offer control options.  The lack of choice is pretty inappropriate, but the developer seems to recognize this in hindsight and is planning a patch thankfully.

The visuals are extremely basic, but fine for the game being used as inspiration.  The enemies have a Lite-Brite style appearance, and the presentation is sharp in spite of the very retro vibe.  The music track is a fairly catchy sci-fi compliment that I rather enjoy, and even though it gets repetitive I haven’t found it annoying. 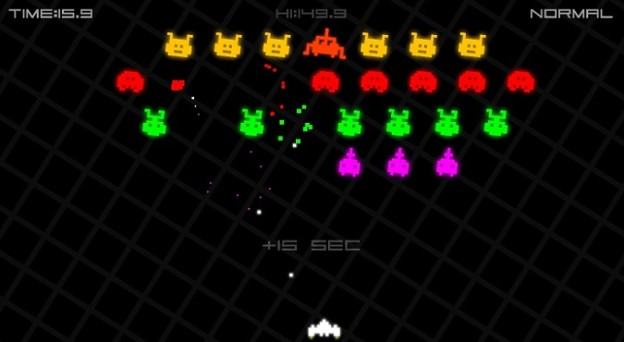 A high score arcade game needs, at a minimum, local leaderboards where you can enter initials.  Super Destronaut lacks these, and boy does it ever hurt!  The lack of online boards is more understandable (although other budget indie games do have them) but there really is no excuse for robbing me of the simple ability to enter my initials.  Too many devs are are looking to classic arcade games, but ignoring this recurring and key feature of  them.  They need to look harder.

Space Invaders is such a classic, that even missed opportunities like Super Destronaut are probably still worthwhile by putting their own mark on the formula.  Make no mistake though, this could’ve been so much more.  No leaderboards of any kind, limited controller support, no options for difficulty, time, or really anything!  Attention to even one of these things could’ve elevated the game beyond average territory.  Super Destronaut gets my mild recommendation for fans, but just barely, as it is still somewhat enjoyable in spite of its many shortcomings.  All the same be sure to check out Petite Games earlier (and better) titles, Toon Tanks and Midnight, first.

Space Invaders is such a classic, that even missed opportunities like Super Destronaut are probably still worthwhile by putting their own mark on the formula.  Make no mistake though, this could’ve been so much more.