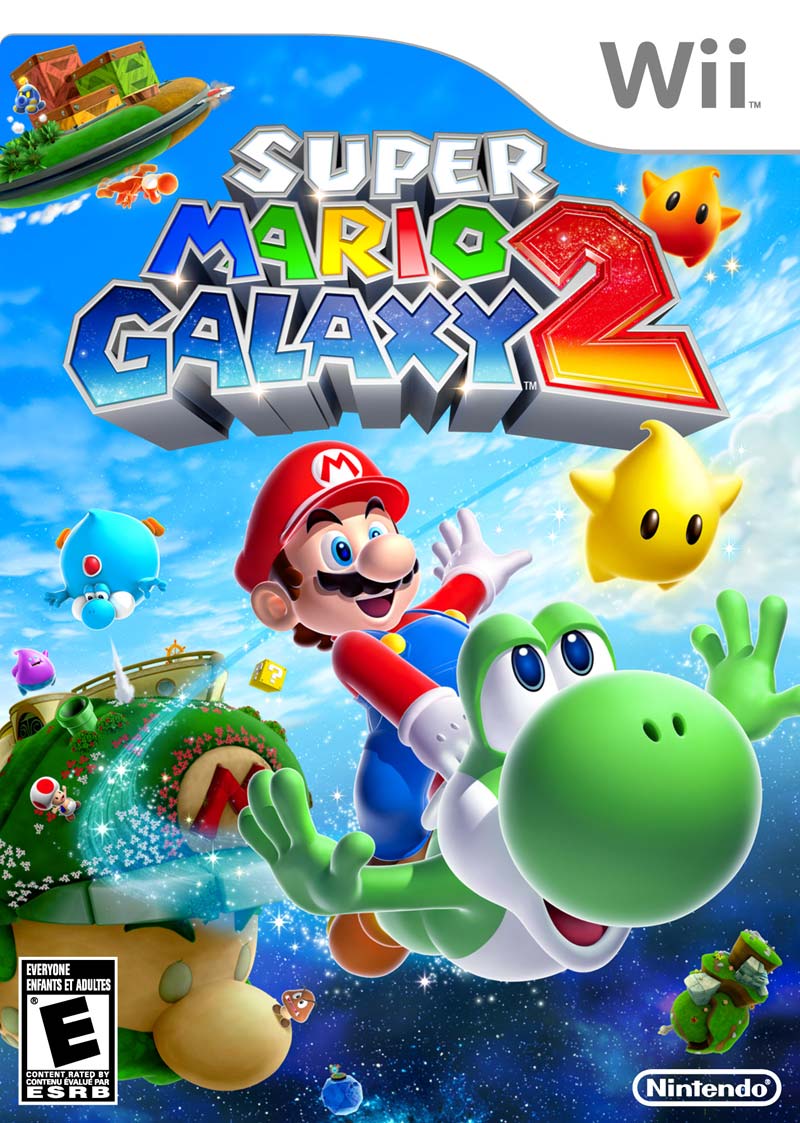 Super Mario Galaxy is still considered as one of the best games (if not the best) on the Wii so far. It’s imaginative worlds, unique gravity and physics effects, and impressive visuals make it a stand out on any platform. But all great games will eventually be challenged by another, and in this case, it’s in the form of Super Mario Galaxy 2! The sequel is a direct follow-up to the first Galaxy game and finds Mario & Co. in another predicament with Bowser. 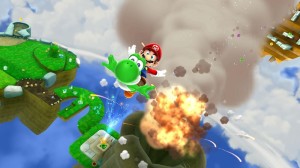 The story begins with Princess Peach inviting Mario to the castle to share some cake for the Star Festival. When Mario arrives, Bowser, who has now grown to a massive size, takes the Princess and shoots off to the center of the universe. The Lumas make a return once again to help Mario in his quest to save the Princess by enlisting the help of Lubba and his ship (Starship Mario). The ship runs on Power Stars so the more stars you collect, the further you are able to travel. Super Mario Galaxy 2 forgoes the hub world of the first game in favor of a map view similar to Mario games of old. Each World has a series of levels and each level has a series of stars to collect. Collect enough stars in each world, and you unlock paths to reach the boss battle at the end of each world. It’s a familiar progression for long-time Mario fans, and one that is a nice change from the large hub world of the first Galaxy. 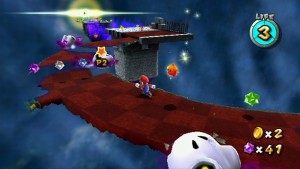 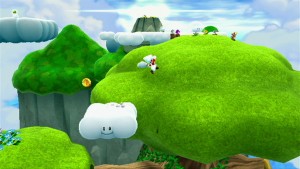 Mario featured a number of new power-ups to help him along the way in the first Galaxy game, and Super Mario Galaxy 2 is no different. Mario (and Luigi) will be able to find items such as the Cloud Flower, Drill, Rock Mushroom, and all the power-ups from the first game. And for the first time since Super Mario Sunshine, Yoshi accompanies Mario on his quest! Yoshi has a lot of new abilities as well as power-ups to collect along the way. Dash Peppers make Yoshi run fast, Blimp Berries make him fly to new heights, and Bulb Berries make Yoshi like a lightbulb to reveal hidden paths. Yoshi’s classic abilities such as eating enemies and jumping higher return in this installment as well.

Armed with new power-ups for both Mario and Yoshi, your task will be a large one as you progress through tons of new galaxies that are even bigger than those in the first game. Not only did Nintendo add make galaxies bigger than before, there are even more unique ones to explore. As I played through the first 120 stars, I couldn’t help but have a smile on my face at all the amazing new places in the game. Shigeru Miyamoto wasn’t kidding when he said the development team had a lot of ideas they didn’t get to do in the first Galaxy game. The drill is probably the biggest game changer as far as gameplay is concerned. You’ll be able to drill straight through any planet that has soft spots (usually dirt). There are even puzzles based on drilling in certain orders and to get to certain areas of the planetoid. There are also a ton of new levels that feature 2D gameplay that are even larger than the ones in Galaxy 1. 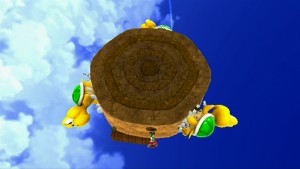 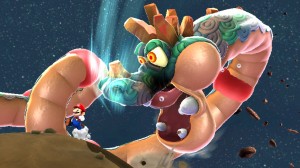 The original Galaxy had a co-op mode of sorts where a second person could play using just the Wii remote to help Player 1. That mode makes a return (now called Co-Star Mode) but with some additions. Player 2 can not only stop enemies, but also dispatch them by shaking the Wii Remote. Player 2 can also collect nearby items such as coins to help Player 1 concentrate on other tasks. It’s a really fun way to get someone else in the room playing and interacting with the game.

There is so much to see and do in Super Mario Galaxy 2 that you really have to experience it for yourself. The original Galaxy game was great, but Galaxy 2 is the creme de la creme in the series. It innovates in so many new areas and is one of the most purely fun games you’ll play all year. It has a lot in common with Galaxy 1, but more of the same (and then some) is a very, very, very good thing.