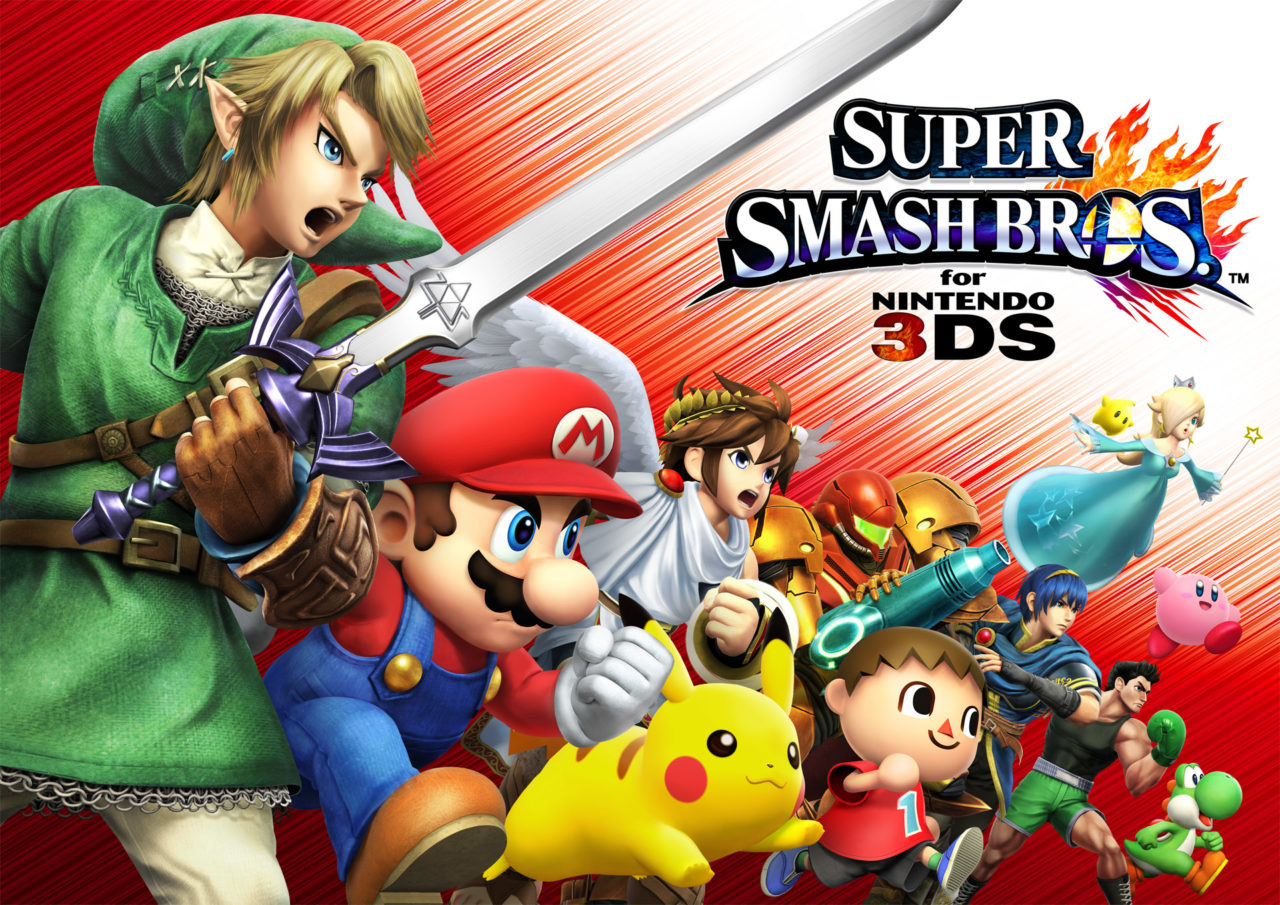 Whenever Nintendo reveals a new console, there are a few things that come to mind. Things such as: “I NEED IT!”, “IT’S HOW MUCH?!” and the wonder of “What amazing titles will be on here for my gaming pleasure?”. I’ll be honest, I didn’t really anticipate a Smash Bros. title for the 3DS. I mean don’t get me wrong, I was excited when I first saw the trailer at E3 2013, but also concerned. How exactly do you take such a large game like Smash Bros., and condense it to a handheld? Would there be some sacrifices? It’s time to select your fighters old and new and step into the latest iteration of Smash Bros!

To start things off, I won’t be going through each character on how he or she plays as that is more of a strategy guide than a review. 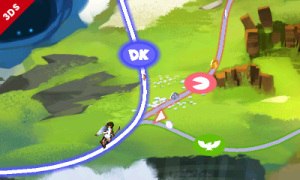 Classic Mode, next to your traditional free for all, is one of the most iconic modes in Smash Bros. It was there in the beginning and throughout previous titles, has seen some changes.

After selecting your fighter, you can then choose your difficulty which depending on the level, can change the outcome of post battle rewards. Levels range from “Effortless” which yields practically no rewards, all the way to “Nothing Harder!” giving you something great for your hard work!

As you advance through classic mode, you’ll notice forks in the road each leading to a specific fight. It’s completely up to you which path you take whether it’s to gain more coins, or to tackle the easier fight. Be careful of your greed though, as the path with the most coins usually leads to the more challenging opponent. 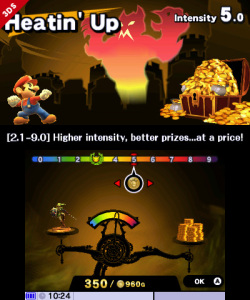 Fights will range from team battles, metal opponents, or multi-man battles so you’re still welcomed with that nostalgic smash vibe. Just as a forewarning, if you tackle classic mode at level five or higher, you might find a new opponent waiting for you at the end. It’s time to hit that training mode and hone your skills!

While Classic mode is all well and fun, variety is the spice of life and we’re all looking for that delicious gaming spice that gives us something different.

One of the latest additions to the many game variants in Smash Bros. is the Smash Run. This can be played with friends or computers, as players will traverse a large map, fighting enemies, collecting power ups and then using said power ups for the final challenge. These power ups can add to your overall strength, jump, speed, item use and much more.

Afterwards, each fighter will meet up for a random event. In my play-throughs, I’ve raced to the finish, raced to climb the highest, fought hordes of random enemies and I was just scratching the surface! There are the occasional traditional fights though, just don’t be surprised if everyone’s damage percentage starts at 300.

If there’s one thing I love about Smash Run, other than the random final event, it’s the risk that comes with collecting too much of a certain ability. While you may go out of your way to max out your overall strength, you may have to race at the end leaving you eating the dust of your opponents followed by a side of defeat. 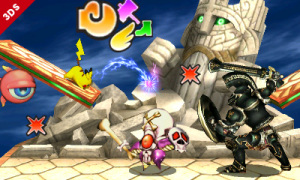 So pretty cool huh?…Still not satisfied? Need more spice for your dish as did Europe in days of old?…That was a history joke. Then how ’bout the ability to fully customize each character to your specifications even to the point of changing their attacks? How’s that for Super Smash Spice?! As previously mentioned when discussing rewards in Classic mode, you have the chance to obtain trophies, coins for trophy purchases, as well as equip-able gear and attacks.

Collected gear can be used to boost up to three attributes: Strength, Defense and Speed. There is even the chance to score some rare gear that add specials such as always starting with the Home Run Bat, Beam Sword, or even the ability to heal yourself while crouching. However, it should be noted that when equipping certain gear, it can have its draw backs. What boosts your strength can sacrifice a good chunk of your speed or defense. What’s more important to you? 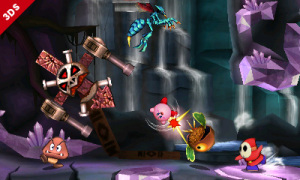 So you’ve equipped yourself with some pretty snazzy gear. You’re looking good and feel ready to fight! Not so fast though, you still need to check out your new special abilities! For the first time ever, you can actually change up the usual set up of attacks for each character, granted you have the customizable ability to begin with.

To keep things simple, I’ll briefly describe some abilities that stuck out to me. For instance: you can replace Mario’s traditional fireball attack, with a larger yet slower moving fireball causing more damage. Another example is a twist on Link’s spin attack. Normally allowing him to not only gain higher ground while dishing out some damage, another version will allow you to swing even higher at the loss of attack power.

So much like the equipable gear, while one attribute goes up, you may sacrifice something in return. This puts some very familiar RPG elements to a popular fighting franchise and also gives a great sense of balance that I fully welcome.

One of the bigger disappointments from Super Smash Bros. Brawl for the Wii was the over hype of online play. While we were excited to be able to fight friends and other gamers, the overall experience was just pathetic. Online play was choppy even if the person was just a state away. Smash Bros. 3DS does offer online features and since there was no one I knew in the States that had a copy of the game, my opponents typically hailed from Japan. Seeing as though I live in Redmond, Washington and Japan is easily thousands of miles away, I was surprised on how smooth things were. Ok, so maybe “smooth” is a bit of a stretch as it was “OK” at best, but considering the distance, I’m excited to see what it’ll be like once my fellow staff members and friends pick up a copy! 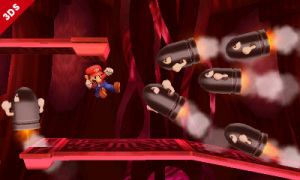 All of these new additions are fantastic and all, but let’s face it, the big question here is “How does Super Smash Bros. play on a handheld?”. I had high hopes that this game would make a good transition to the handheld platform and those hopes were achieved and then some! Smash Bros. 3DS took everything that is great about the franchise and managed to shrink it down without cutting corners. If I were to mention some things that I didn’t like about it, it would be small nuisances such as some final smashes are the same from brawl and that there could have been more done with the stages. But again, those complaints pale in comparison to how good it feels to smash opponents through the air.

If you have a 3DS, get this game. If you don’t have a 3DS, go get one, then get this game. I’ll even say this, as a gamer who loves collecting games to put on his shelf, this is a title that I’m glad is digitally downloaded on my handheld. I knew that this game cartridge would always be in my 3DS when it was announced and now, I have it with me all the time. Just as a forewarning though, it is a chunky download, going up to a whopping 9,000 plus blocks. It’s worth every block for hours upon hours of constant Smashing. See you in the fray!