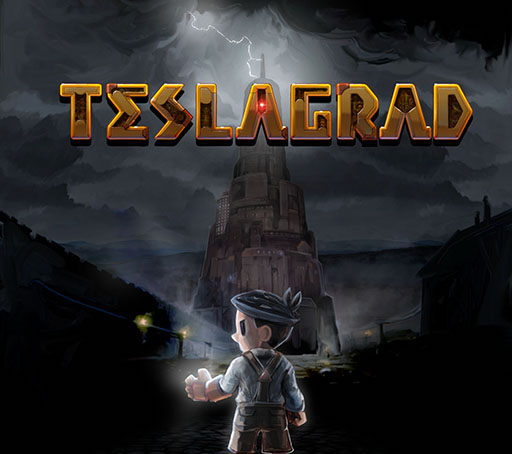 Teslagrad is a 2D side-scrolling game that presents you with a challenging puzzle one minute and fast-paced action the next. You will find yourself jumping and “blinking” through obstacles, discovering secrets while exploring the beautiful hand-drawn world and then try to avoid getting killed by a boss while figuring out what you can use in your current environment to destroy it. It’s the perfect mix of puzzles and action for a platformer.

Teslagrad doesn’t waste time with a long intro like many other games, it puts you right into the action. Your character is a young boy who leaves his house and is chased by guys until you enter an abandoned tower. The story unfolds as you play, but is not crucial to the gameplay. There is no spoken or written dialog, but instead the story is told using elements in the environment like a drawing on the wall or a statue. 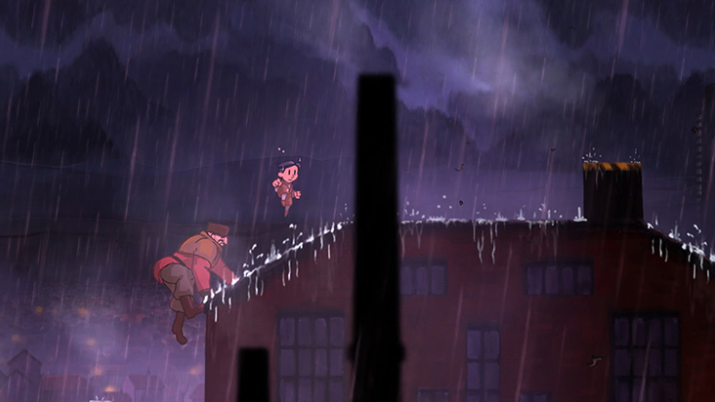 A lot of the game focuses on red and blue electromagnets. While magnets of different color attract each other, magnets of the same color repel each other. Early into the game you gain the ability to change the color of the magnets between red and blue using the R and L buttons. By changing the colors, you can lift magnets, drop them or move them across the room.

Later on you are introduced to magnetic cloaks that let you fly. This can help you get to otherwise unreachable locations, but it can also bring on challenges when the magnets push you into electrical currents and other hazards. 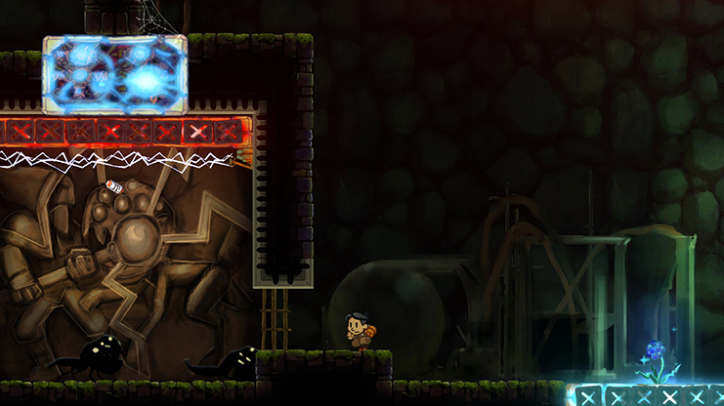 You also learn to “blink” early on, which lets you teleport left or right a short distance. This lets you get through gates and other objects. It’s also very important in solving some of the puzzles.

Luckily you get infinite lives in Teslagrad, because it’s pretty easy to die if you move too quickly and don’t take time to look over the environment. One hit kills you, which makes some of the boss battles very challenging. If you do end up dying, you instantly respawn at the beginning of the room you died in. 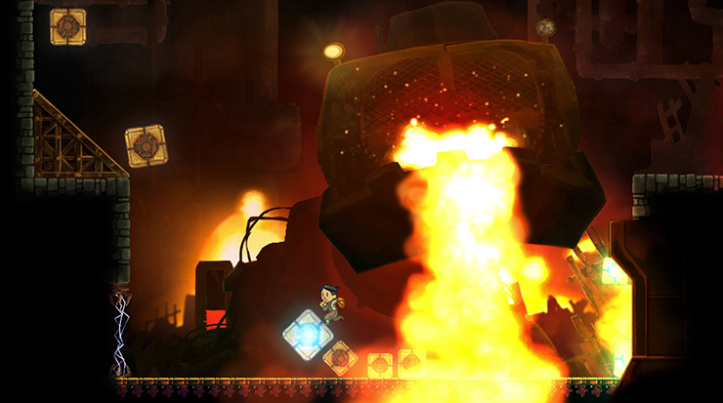 Teslagrad is a fun game and more challenging than I expected. You may figure out some of the puzzles fairly quick, but you will probably die a lot too trying to complete them, especially when fighting a boss. For a puzzle/platformer, Teslagrad does a great job keeping the game interesting and fresh as you experience the adventure. I would definitely recommend it to anyone who enjoys this type of game, especially old school gamers like myself.

Steve Jobs and Shigeru Miyamoto came to me in a vision when I was a young child and showed me the light. Apple and Nintendo are my life now, and my life is awesome! Besides being a Pure Nintendo editor, I also run the Apple news blog MacDaddyNews.com. My favorite franchise is Zelda, and Link's Awakening is my favorite game in the series. I can destroy anyone in NBA Jam for the SNES....blindfolded. Okay, maybe not blindfolded, but I'm up for the challenge. NNID: purely_eli
Submit a Comment