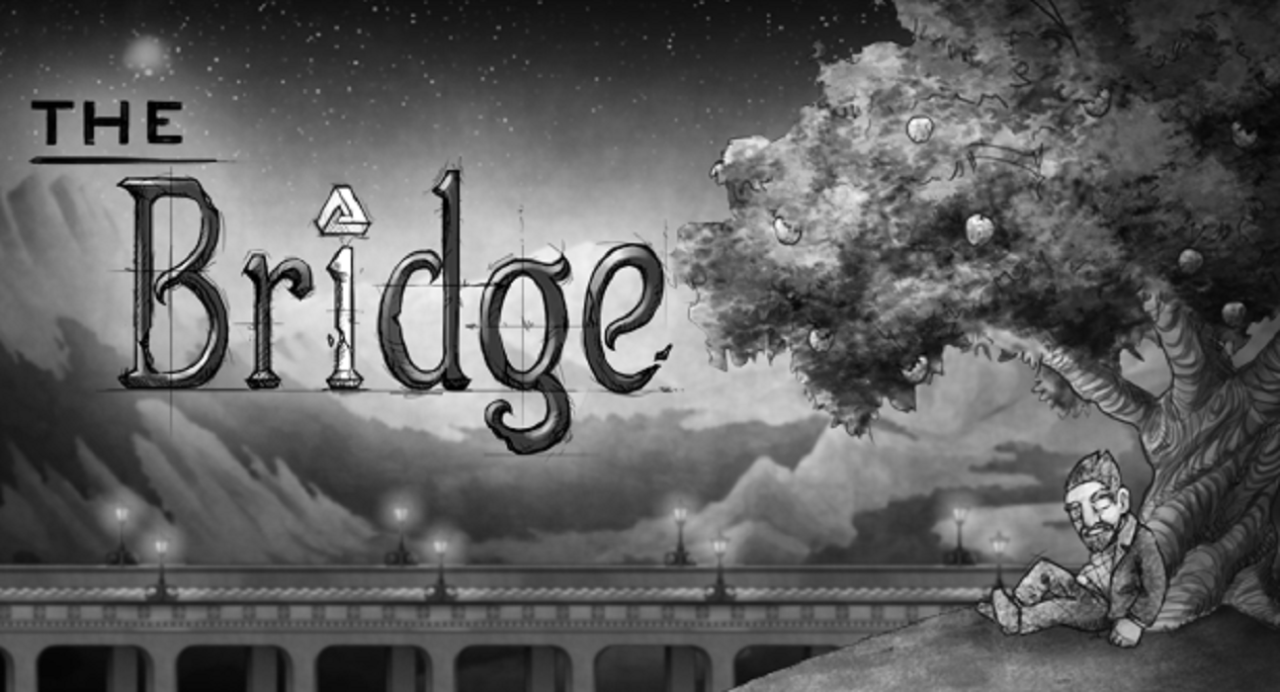 The award-winning indie puzzler, The Bridge, has finally made its way to the Wii U eShop.  You’ll be rotating the irregularly constructed environments in whole new ways now, thanks to the GamePad’s gyroscope and touch screen.  Purists longing for more accuracy and responsiveness needn’t worry though, as these are completely optional.  A handful of other controllers are even supported.  It makes it all the more accessible to realize “the world is a much larger place when every wall is a floor”. 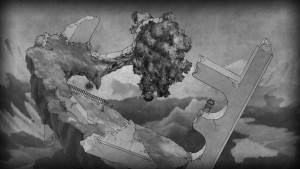 The Bridge provides very little in the way of player direction. Though this can wind up slightly marring things late, at least initially it works in the game’s favor.  Necessitating discovery makes the early puzzles have a more favorable impact.  When you correctly direct the cryptic protagonist (Newton?) to out-of-the-way keys dangling upwards from flipped gravity, or manage to navigate him by a seemingly impassable vortex to reach an upside down exit, the satisfaction is real.  A slow rewind button is provided for those times you’ll make inevitable mistakes.  This eliminates some of the potential frustration, albeit not entirely as I’ll expound on shortly.  For myself, much of the early challenge came from over thinking solutions that are more straightforward in hindsight.  It’s a clever trick The Bridge pulls off, much like an illusionist with sleight of hand. 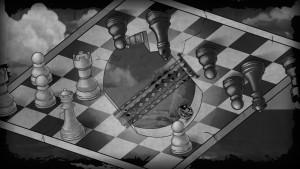 However later in the game when new elements get introduced and mixed, some are manipulated in an obtuse mishmash. The inconsistent nature comes to the fore, and gameplay reverses down to more trial and error.  With direction astray success still brings satisfaction, but also equal parts relief.  Perhaps my main frustrations is how linear The Bridge is.  When you get bewildered on a particular puzzle, you’re given no freedom to try another.  As the difficulty surges later in the game, this can make enjoyment diminish.  How much more of a balanced approach would it have been to simply lock out chapters?  By choosing the more narrow method of locking individual levels, the developers have done a disservice to an otherwise very good game. 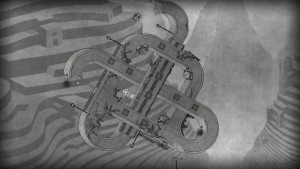 At least the visuals go a great ways towards atoning for any of the latent design snags.  Even if you aren’t a fan of black-and-white, you’ll be hard pressed to deny how effective these graphics are. They evoke a number of moods, successfully channeling the brilliant Escher inspiration with a fresh creativity all their own.  Various animations help the world feel alive, adding to the atmosphere that the game exudes.  Indeed a sizable part of my enjoyment stems from simply looking at The Bridge.   The loading screens alone have such brilliant artwork, I find myself admiring them long after the button prompt appears!  My lone visual wish would be for the option to zoom in and out at will and appreciate all these details from even more perspectives. 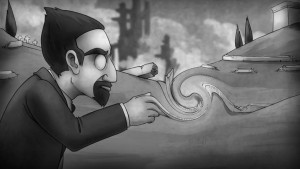 Contributing to the atmosphere is fitting music.  The style reminds me of Sherlock Holmes (think Victorian London) whom incidentally I feel like after solving certain puzzles.  While perhaps a bit repetitive, the music won’t have you reaching for the mute button.  It’s a suitable choice for the unorthodox settings.  Sound effects such as the character being sketched into the lithograph, or the environment slowly shifting  serve to complement.  Audio settings for both are included, a thoughtful gesture. 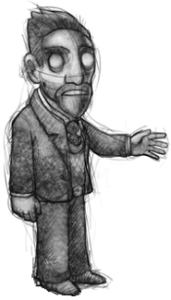 On the whole, I’m very glad this title has finally released on Wii U.  The unique and challenging puzzles combine with the striking artwork in a fine way.  Some balance issues and the unfortunate linear nature means I can’t give as broad a recommendation as I originally thought, but nonetheless this game is a very good addition to the eShop.  The Bridge is one of the most artistic titles I’ve ever played!

Balance issues notwithstanding, patient puzzle fans would do well to experience this artistic accomplishment.