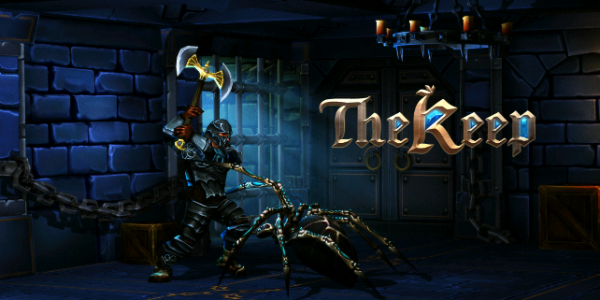 Games that are referred to as “Dungeon Crawlers” are never really a preference of mine, I don’t like being limited when exploring or engaging in battle. But any game can be a good game as long as its done well. ‘The Keep’ is a first person dungeon crawler with a retro feel from CINEMAX games. You begin the quest by taking the role of a determined unnamed hero who’s goal is to defeat the evil wizard Watrys. Watrys is bent on obtaining as much power as he can through magic crystals found in the many dungeons you will be lurking through. Using plenty of different weapons and magic of your own you must defeat him before its to late! With plenty of exploring and numerous secrets/treasures to search for ‘The Keep’ does offer up a lot of content to “Keep” you coming back. But does the gameplay hold up? Well… 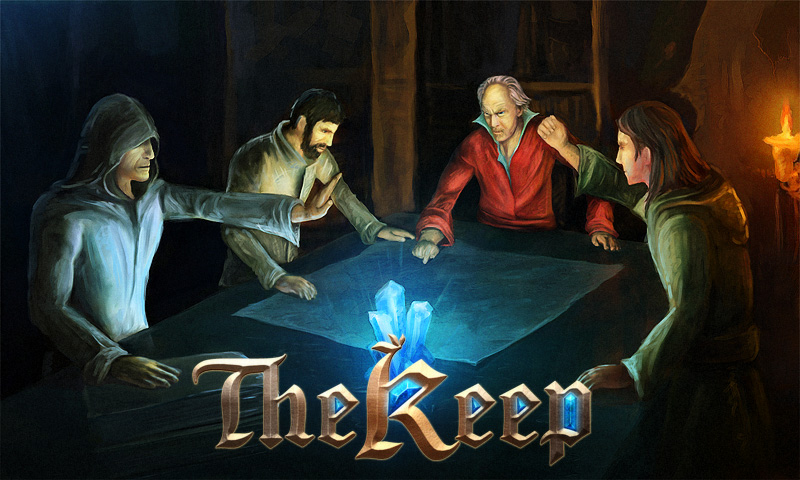 This game obviously reminds me of DOOM. I used to play that game for hours at my uncles house because it was the only game they had on their computer. The graphics are a lot better and the battle system is different, but that feeling of nostalgia is still there for all of you old school RPG fans. There are 3 difficulty levels that you can choose from at the beginning of your game, I started out on normal mode. There is a quick tutorial level that covers everything pretty well.‘The Keep’ seemed pretty balanced at first, but then I came upon my first enemy. 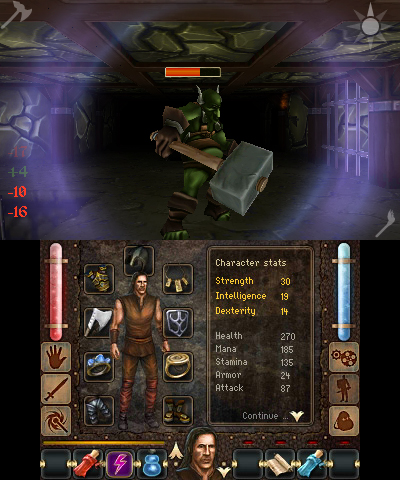 The combat system in this game is what really ticked me off. I’ll start off by saying you cannot attack anything in this game if you dont have stamina. Your stamina bar fills up slowly over time but its not fast enough to get you through a tough battle without dying. You can get maybe 3 or 4 hits in before your stamina is empty. I found myself trying to always make sure I had room to move around before attacking, so I could run away from my enemies before dying if need be. But guess what? If you try to avoid your enemy for a moment they slowly gain back their health. Its extremely frustrating! 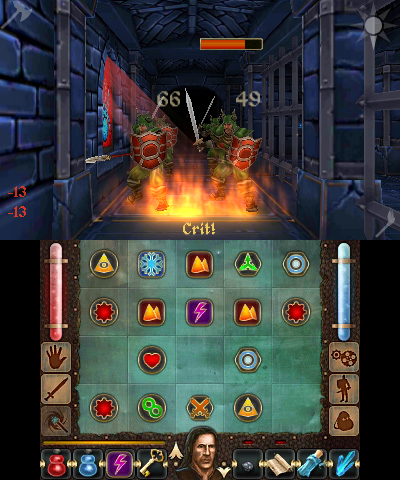 The touch screen is how you attack, using a 9×9 grid and your stylus. You must swipe across the 3 squares in each row, top middle or bottom to get a successful hit. Swiping across the top hits the enemy at a high point, and the bottom at a low point. You would think this would add a bit of strategy to the combat but it doesn’t in my opinion. I killed almost all of my opponents just by swiping at their feet. Things like rats and spiders are for some reason harder to kill than most of the big monstrous guards lurking in each dungeon. I can’t tell you how many times I beat an armed guard just to get killed by a rat I logically would have just stomped on. 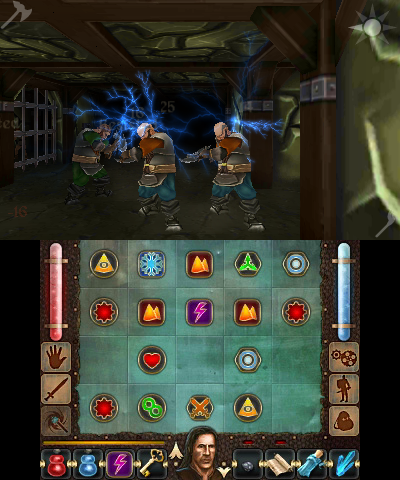 I’ll also warn you that the touch screen did not register my attacks a lot of the time. Apparently they want you to be very slow and precise when attacking the vicious beast’s lurking around you. This also caused me to loose stamina quickly and fail over and over. Casting magic is a little more simple, but you must obtain all of the necessary items to complete a spell before you can use it. Also by finding armor/weapons and upgrading them your quest will become easier over time. But it takes some patience so be prepared.

Besides the battle system everything else was fine. The graphics were good, sometimes a little boring but it all goes with the dungeon crawling aspect, when you turn the 3D effects on it really submerges you into The Keep’s world. There is also full voice acting which brings it to life a bit. You use the joystick or the d-pad to move around dungeons and the touch screen for pretty much used for everything else (Item management, spell casting, equipping items, attacking, and interacting with things). 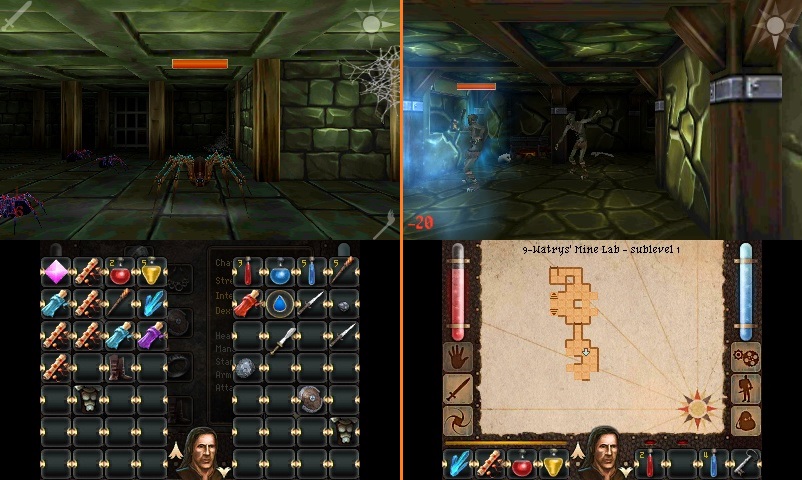 The Keep is not a horrible game, in fact it could have been a very awesome game. But I just can’t get around the battle system. I would have been perfectly happy using one button to attack, that’s all I need. Content wise this game is packed full. There are tons of secrets to find, prisoners to save, treasures and magic to uncover. The main game is actually quite lengthy and for that I’d say its worth the $12.99. Just remember you wont get very far unless you have some patience, or you are a legendary dungeon crawling master! Good luck.