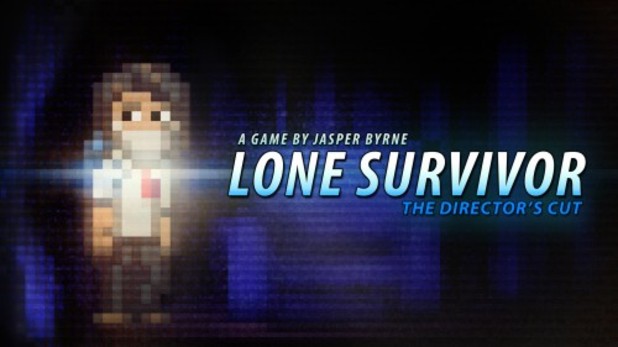 In the spirit of the month of October, I like to pay homage to all things scary. Movies, literature but most of all, video games. While perusing through the Wii U eShop, I came across “Lone Survivor – Directors Cut”. After watching trailers and reading the game’s info, I was ready to take on this indie survival horror for myself.

The main character of Lone Survivor is “You”. Yes thats the characters actual name so that makes you “You”! So its up to you to play as “You” to make sure “You” survives. Still with me after that? Great!

You wake up in your apartment in the middle of a horrible outbreak. Not only that, but you’re suffering from a slight case of amnesia. You have no idea where you are, how long you’ve been there, how this outbreak started. So…things look kinda bleak. But hey, at least you have a bed to sleep in! I’m a glass half full kind of guy.

It’s time to regain some lost identity, but above all else: Survive.

Before the game started, I was suggested to play the game with the lights off. Ok yeah, thats Horror Gaming 101. But then I saw another suggestion. Play the game with headphones to increase the overall experience. This was something that I haven’t really seen in a lot of Wii U games or most games in general.

I grabbed my earbuds and plugged them into my gamepad and was not prepared for the noises I would hear. Throughout your survival, you’ll encounter creatures called “Thin Men” and “Fat Men”. They skulk in the dark and the only hint that they’re around, is the terrifying gargle that echoes through the halls. The overall audio immersion of Lone Survivor added an enormous sense of suspense and anticipation. While I could hear what was down the hall, I had no idea what is was. All I knew, is that it wanted me dead.

Now how does one describe the gameplay of “Lone Survivor”? It’s sort of a sidescroller but not in the traditional mechanic of “get to the end of the goal” like lets say Mario. If anything, its like how I imagine Resident Evil would play if thrown on a 2D plain.

Some important elements to remember while struggling to survive, is to stay well fed and to get plenty of rest. This is not overlooked in Lone Survivor as being fed helps you recover health and sleep allows you to save your progress. When it comes to eating, the game, for as pixelated as it looks, has a sense of realism to it. For example: You can find instant ramen, but you need to find a pot to cook it in. Not only that, but you need some water as well. Have you ever tried eating uncooked ramen? I mean, I wasn’t that desperate in college, but I can imagine it has a very dry taste to it.

If there’s one thing that kills the flow of gameplay for me, its backtracking. Thankfully in Lone Survivor, it wasn’t as painful seeing as though dusty mirrors found along your journey, act as a form of fast travel back to your apartment room. This made saving, scavenging for supplies and heading to my next objective simple.

One of the biggest issues that I faced when playing Lone Survivor, is the length. According to the final results screen, I finished my first play through in 3 hours and 16 minutes. While that does seem to be a very short game, it was more about the journey than the destination. I remember slowly walking down each street or corridor, the fear of running low on supplies and the interesting characters along the way. While I still had many questions in the end, in fact, I felt as though some questions were left unanswered, my journey through this unnamed city and its unnamed hero was something else. There is a sense of replayability, as the decisions you make can change the games ending. How you interact with other characters and how you take care of yourself throughout your journey play a large factor in this.

If you’re looking for something new and for some suspense, give it a go and see how you do as the Lone Survivor.