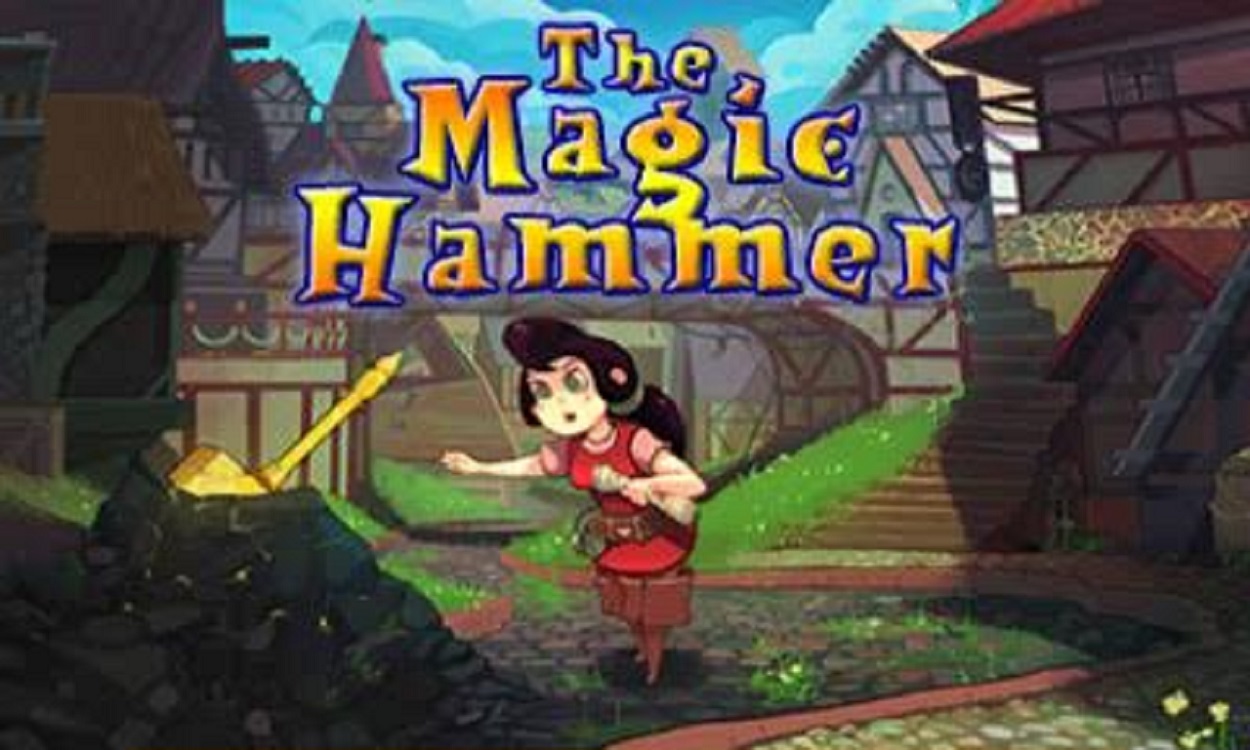 They say that imitation is the sincerest form of flattery, and with plenty of games adopting the MineCraft look and game play style, developer Mojang should be proud that their game has inspired so many to create their own takes on the title. The Magic Hammer, an Indie game developed and published by Wobbly Tooth, is the latest attempt to bring a MineCraft-like experience to the 3DS. Boasting a large open world to explore and the ability to play through the story mode online with a friend, the game certainly sounds promising. Does it live up to player’s expectations, though? Grab your mining gear and we’ll take a closer look to find out! 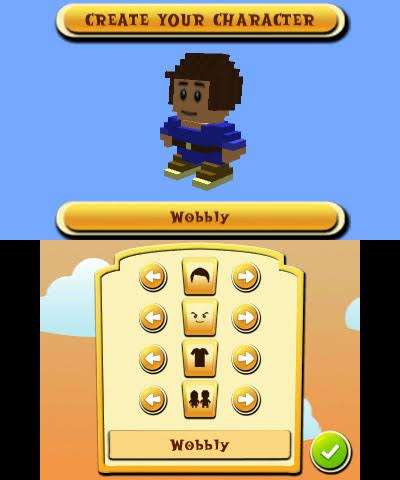 Right off the bat, The Magic Hammer takes its inspiration from MineCraft in all aspects of its design. The world that you explore is created in that distinct, blocky style, and all the characters are created in a 3D 8-bit look. While most of the enemies and towns are visually pleasing, the human characters you encounter are lack-luster in the looks department. The music in the game is decent but forgettable, and the presentation as a whole feels passable. Regardless, after creating my character I was ready to begin my mining adventure in Story mode.

The Magic Hammer starts you off in the town of Wobbly Tooth, where a hammer lies in a pedestal waiting for the right person to free it. After pulling the hammer loose, the hammer speaks to you and becomes your guide on your quest to stop the evil coming from the bone yards, as well as helping the hammer recover its lost powers and memories. In the town you’ll encounter a few NPC’s, and you’ll be able to speak to them by bumping into them to get advice or items. It’s a little odd not being able to press a button in order to initiate a conversation, but it doesn’t impact the game play much. 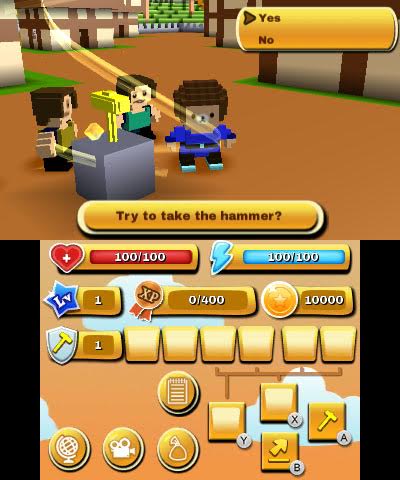 The game play consists entirely of roaming the large over world to uncover new towns and bone yards, and this is where The Magic Hammer becomes an exercise in monotony. Every new town you encounter will feature the same exact NPC’s as the last one, with the village elder being the only one who sometimes says something different. Everyone else will either sell you the same potions or bait, or offer the same mining services over and over again.

To advance the story, you must find a set number of bone yards (it’s usually 5), and clear out a particular amount of enemies before the boss appears. Take out the boss, and your hammer will level up to grant you a new ability. Since there is almost always a healing hedge nearby the bone yards in the beginning of the game, much of the challenge of surviving an onslaught of re-spawning enemies is diminished, as you’ll have plenty of gold to buy a plethora of healing potions by the end of the game. The bosses of the bone yards are relatively simple, and they all share the same strategy of running away from them until they unleash a powerful attack, and then bludgeoning them with your hammer until they recover from being stunned. 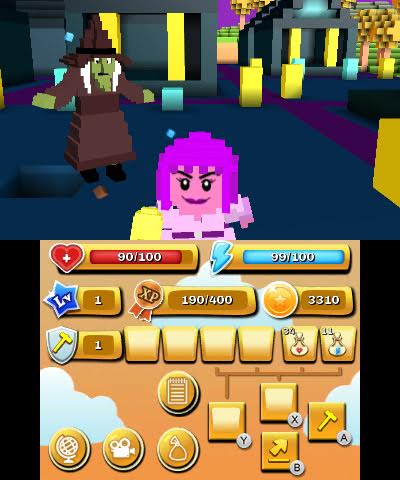 The game does promise you’ll get to travel to new realms as you play, and after clearing out 5 bone yards, my hammer told me he had enough power to take us to the fire realm. After a brief loading period, we were in the fire realm, and much to my dismay, it was the same exact over world with the same exact towns and bone yards. The only difference that let me know I was in a new world was a simple color swap and some slightly different looking trees. When I viewed my quest objectives, I was instructed to clear out 5 more bone yards in order to “travel” to the next realm. While you do have access to some magic spells, most of the combat will consist of mashing the A button to beat enemies, and this quickly becomes dull, making the game feel more like a chore. Since you level up enough through combat alone, mining the gold and diamonds from the bone yards and using the materials to repair each towns’ temple is pointless, as you aren’t rewarded much gold or experience for your efforts.

Creative mode is arguably where you will enjoy the game the most, as you are able to enter first person mode and freely mine materials to build things. You can fly around the map with the D-pad, and using the C-stick on the New 3DS to look around is easy. Unfortunately, there isn’t much variety in the materials you can find, and the lack of a crafting system leaves much to be desired. 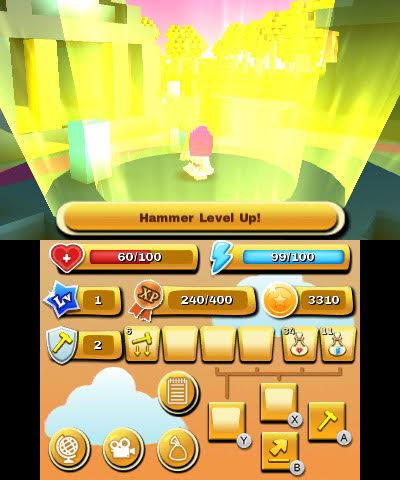 Despite its best efforts, The Magic Hammer doesn’t live up to the expectations you’d have for this title. The missions in story mode are monotonous and never offer any variety, and mining and building for experience becomes obsolete as the story mode is short and fighting is a better way to level up. Combat boils down to mashing the A button, and the cookie cutter towns destroy any motivation you’d have to explore the massive world set before you. There is definitely some fun to be found with the game’s creative mode, but without a variety of materials to mine, or a crafting system to add extra spice, there just isn’t enough to keep you occupied for long. The Magic Hammer definitely has potential, but its flaws hold it back and make it difficult to recommend to anyone.

While there was definitely potential for The Magic Hammer, the game’s cookie-cutter story mode and limited creative mode make it difficult to recommend.