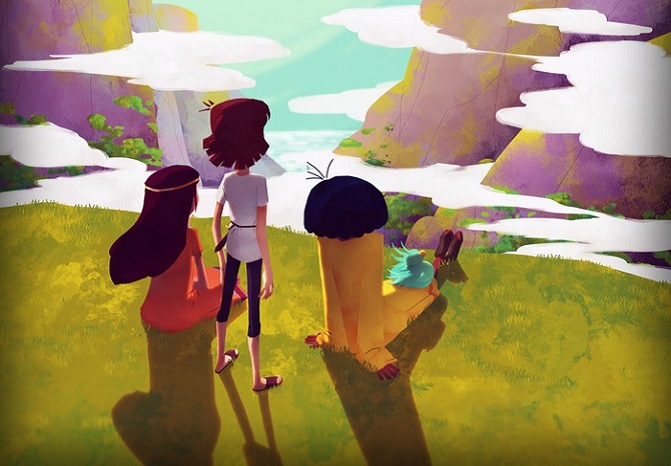 I’ve never seen the anime cartoon The Mysterious Cities of Gold, but after playing this game I’m curious to check it out.  It seems like it would be a cute show, and I enjoyed the animated scenes that played throughout Secret Paths – even if they were spliced together so quickly, at times I couldn’t quite follow how the story was progressing.  Secret Paths is based on the show, but honestly seems to rely more on its source than on compelling gameplay. 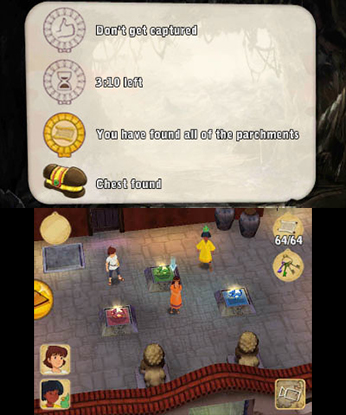 The game’s built around navigating maze like levels, which isn’t usually a strong foundation to stem off.  However it initially showed some potential for good fun, thanks to juggling between the three lead kids, each with their own unique talents to help during the quest.  Throwing in some minor stealth elements and puzzles, I was interested to see how these would develop, and what new elements would be introduced.

Sad to say though, there is little expansion with Secret Paths.  The things you see during the first couple of levels are pretty much the same things you’ll be seeing during the final ones.  This is a very straightforward experience that could seriously benefit from more variety.

Other than a change of scenery, you’ll be doing basically the same activities over and over.  And they aren’t the strongest to begin with – there’s only so many times I could flip switches and backtrack past the same oafish guards before I started craving a larger assortment of things to do. The later levels are larger too, which further draws attention to how repetitive the game is – so much so in fact, that I could honestly see some giving up halfway through out of tedium. 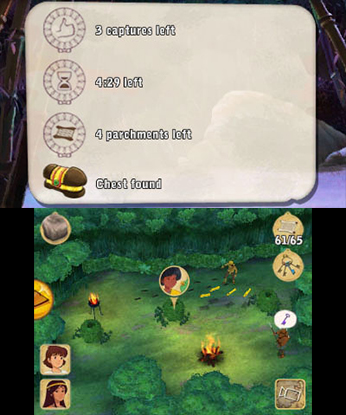 It’s a shame because Secret Paths has many things going for it.  It has a pleasing art style and visuals, a very strong musical score, control that supports both buttons and the stylus, incentives for replayability, a good difficulty level for the younger audience, time challenges for older and more experienced players, and an overall nice and enjoyable atmosphere spread across thirty levels.  Unfortunately the main area it’s lacking (and most important one) is developed gameplay.

I thought this game looked charming when I backed it on Kickstarter.  Having now played through it, some of that charm does indeed seep through.  But the game grows too dull from repetition of the same underdeveloped activities to recommend to any but ardent fans of the show.  Even then, I’d suggest picking up the Wii U version if possible to appreciate the game on a larger screen, and with HD graphics – this handheld port (despite a nearly 4 month delay) doesn’t even utilize the systems 3D capabilities, yet is still selling for the same higher end price of $14.99. Miiverse is also problematic with this 3DS version, being inaccessible from within the game as of this posting.

It’s too bad that more wasn’t done with such a seemingly fun license.  The Mysterious Cities of Gold: Secret Paths certainly isn’t without some merit, but it does fail to live up to its promise. Perhaps DLC levels or a full-blown follow-up  (if being planned) will fare better.