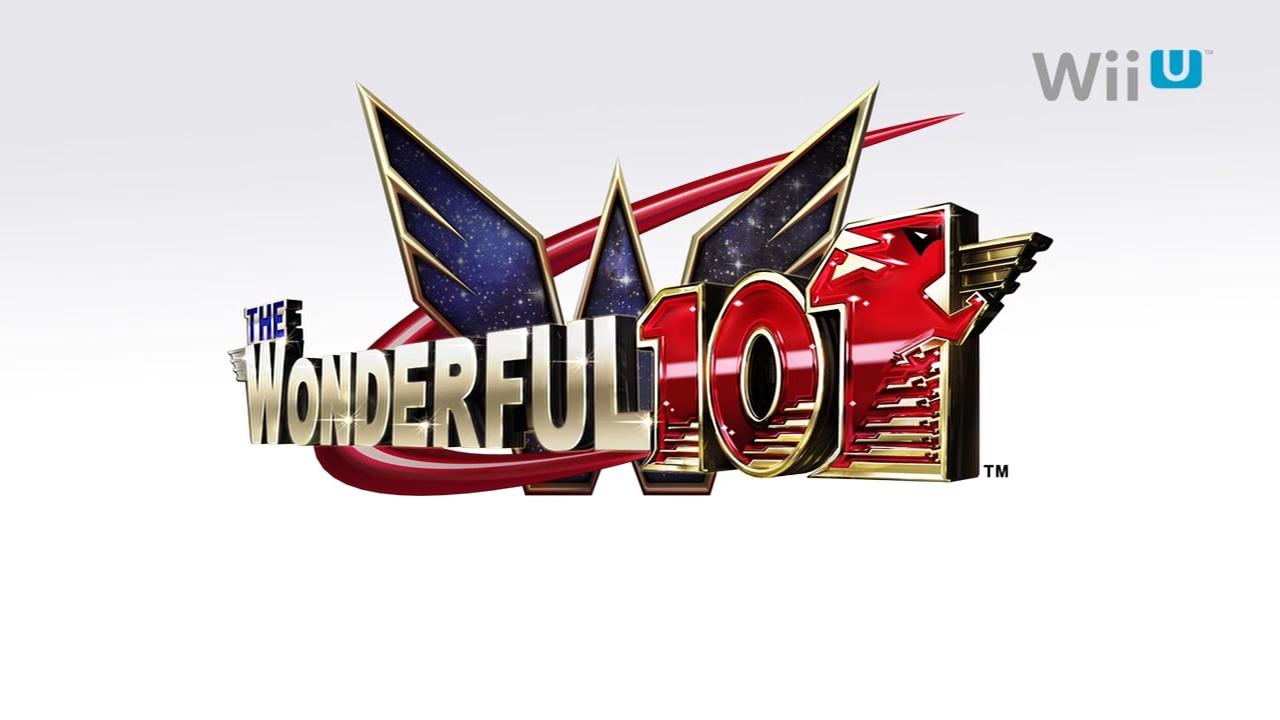 OK, after spending some heartfelt time with the Wonderful 101, my feelings are convoluted. Normally as I start putting a review together, I have a ball park idea of the score the game will ultimately end with. Right now, I have no clue. To be fair to everyone, and the game, I think it’s best to format this review in the standard review format. I will cover the three major review components; Story, gameplay, and gameplay mechanics. I will give each one of these sections a score. When it is all said and done, the great WordPress review plugin will average all three scores to give us all the final score. Ok, let us begin. 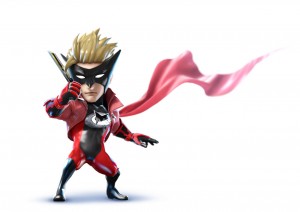 In the Wonderful 101, the player plays as a multi-hero action team called the Wonderful 100. (Pronounced: One, double-O) The main protagonist is a school teacher by day, named William Wedgewood, who transforms into the young leader of the group, Wonder Red! The character is full of all types of intense enthusiasm.

The Wonderful 100 (The player making the other 1) is part of a top-secret planet defense team called CENTINELS Planetary Secret Services. The 100 members are spread out across the country within different cities. As Earth becomes attacked by an alien race, The GEATHJERK, the Wonderful 101 slowly find their way together to fight this common earth enemy.

The Wonderful 101 has a strong emphasis on the word “Team.” By themselves, the Wonderful have very little ability.  With the power of “Unite Morph,” the heroes are able to transform into different shapes and objects; Sword, Whip, Giant Hand, bridge and more. This ability can only work by gathering team members into a Unite Morph. Basically the morph uses other human bodies to come together to create these objects. The bigger the team, the bigger and more powerful the objects will be. Luckily for the Wonderful 100, one doesn’t have to be a Wonder 100 to be part of the Unite Morph. Normal citizens can become honorary Wonders and be pawned into giving their bodies to the needs of the Wonderful 100.

The Wonderful 101 story is told in an exaggerated fashion.  Everything about the Wonderful 101 is done in a way that is over the top; the intense action, hero reactions, music and battles. It is almost like the Platinum team took the typical action hero game and decided to turn it up a notch, or two. The high-speed over the top feeling makes the game very much Platinum and Hideki Kamiya and Atsushi Inaba.

Over all, I really enjoyed the story from the Wonderful 101. At times it does come across as very corny, but at the same time I found myself chuckling at the over the top shenanigans from the different personalities of the Wonderful 100 team.

With the game’s high intensity, The Wonderful 101 gameplay can be a little overwhelming. It was stated well on twitter  (Sorry, don’t remember who said it) “I just played 15-min of Wonderful 101 and I have no clue what happened – but I enjoyed it.”  As the Wonder group grows, with heroes and recruited members, the screen slowly becomes cluttered. Remember, at one point the team should consist of 100 wonderful members. Adding in the high action combat, enemies, and explosions, there were times where a battle would end with the feeling, “Did anyone else see that?” Without diving into the game, it is hard to emphasize that a LOT can be going on at times. This intense action does create a huge learning curve for players. To put it politely – this game can be darn hard. 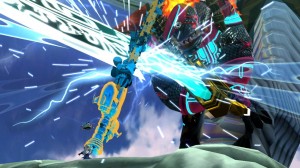 Even within an intense environment, the Wonderful 101 offers an excitingly deep gameplay. There are a good amount of hidden items and locations to explore and collect. Even figuring out how to reach every citizen to save/recruit is a mini-experince in itself. The game is broken up into missions. These mission are then divided into levels. At the end of each level the player will be given a score. At the end of each mission these scores are added into the overall rank for the mission. The ranks are an algorithm of over-all points, citizens saved/recruited, damage taken, and time spent on each level. The ranking system does give the game a huge replay value. Once completed, each level/mission can be replayed whenever the player wants. This will give the players the opportunity to turn the game difficulty to the max and see which of your friends is a better Wonder hero.

What really saves the Wonderful 101 gameplay, and maybe the game, is the epic boss battles. At times, boss battles can be typical, non-exciting circumstances. Then, and almost out of nowhere, the game presents the player with some colossus like boss battles. One battle had the Wonderful 100 team climbing around a transformer large boss, while trying to find the weak points to take down this massive enemy.  These large, high paced, battles had me thinking and reacting quickly to different attacks and scenarios.  After such battles, I was left with a sense of pride and accomplishment.

The gameplay mechanics is where the Wonderful 101 becomes a roller coaster of enjoyment and displeasure.   The game seems to be full of bugs. Almost every level I found myself coming across something weird like walking through a wall or floor and things disappearing or appearing randomly. But none of these bugs were ever big game changes. A few times I found myself suddenly falling to my death, but for the most part I was able to find my way out of the glitch. These glitches were not stationary to the gameplay. Even the game’s cut scenes (if you call them that) had weird glitches where Wonder Reds mask suddenly became partly transparent to the point where the eyes became partially visible through the mask.   Some of these bugs could be credited to the fact the game is full of a lot of moving intense parts. I would have honestly expected for a game like this to have a few bugs here and there. To me this game has too many bugs for a game that a lot of people expected to have been released during the Wii U launch. 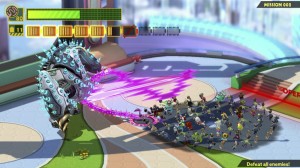 The control systems for the Wonderful 101 is also a mixed bag of feelings. The button scheme is simple enough that it doesn’t become over cumbersome during intense battle sequences. But other uses of the GamePad leave a bitter and sweet taste in the mouth.

At times the game asks the GamePad’s screen to do too much. Much like the rest of the game, a lot can go on the GamePad screen;  different menus, radars, items and touch controls.  There are two ways to perform Unite Morphs. The first is with the right thumbstick, which would seems like the logical choice while in an intense battle.  But using the thumbstick to draw the different shapes that create the Unite Morphs was a little more difficult than one would want. The other option is to use the touch screen to draw the shapes for the Unite Morph; Circle for Red’s hand, almost question mark for Yellow’s Hammer and so on. Drawing was a lot easier to create these Morphs, but really took the player out of the game. The game will pause the action once starting to draw the morphs, but stopping the action to draw with the finger, or better yet the styles, takes that fraction of time that pulls the player out of the action and gameplay.

A very nice use of the GamePad is in the way it’s used as a second screen point of view. At times, the Wonderful team will find themselves inside a building. When this happens, the player’s point of view switches to the GamePad and the TV focuses on an aspect outside that will help the Wonder team escape the building. While inside, the player can control the Wonderful Team normally with the added addition of using the GamePads gyroscope to adjust the view of the camera. The GamePad’s speakers will also produce the sounds from inside the building while the TV speakers will focus on what is going on outside.

I had a roller-coaster of experiences while playing the Wonderful 101. At times my game sessions were very enjoyable and fun; to the point I had a hard time putting the game down. Other times I couldn’t wait for a mission to end to use the excuse that I had to take my dog out for a walk. At times the game is extremely intense and over the top to the point it would become frustrating and tiresome. I still haven’t figured out if this is a knock against the game itself or a reaction to my long week of moving. Either way, at times the Wonderful 101 was extremely enjoyable. Other times I just wanted to take this thing out for a walk. 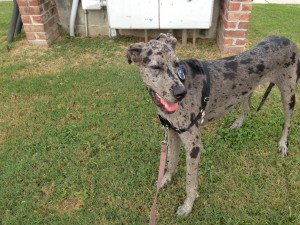