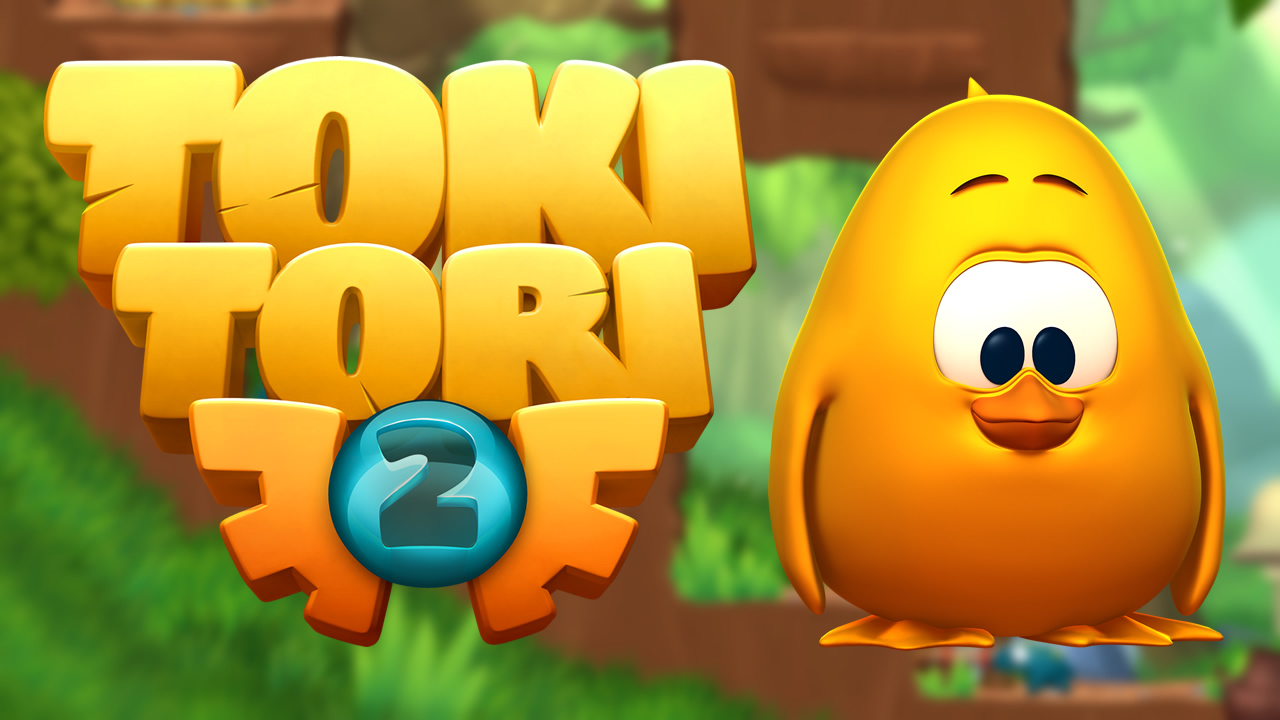 By James Higginbotham  •  10 years ago

Toki Tori 2 is a hybrid between a platformer and a puzzle game set in a fully colorful and interactive world. The game’s protagonist is a chubby chicken with only two abilities. The first, which uses its chubbiness, is the ability to slam its chicken body on the ground to either scare or move objects around the world.  The second ability, and probably the more useful one, is the chubby chicken’s chirping. This ability can call or freeze other creatures in their tracks to help manipulate them into providing assistance through the level. 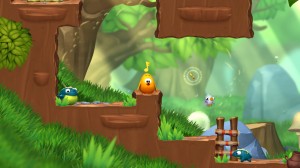 The game starts simple enough with the hero chased out of the nest by spooky black smoke. Once out, the game quickly gives two hints: press A to whistle and B to stomp. After that the rest of the game is left up to the player, and their chubby chicken, to figure things out. The game has no text and few “cut scenes.” The rest of the game the player is left to wander around the world using trial and error.

The simplicity goes even further with the HUD and start menu.  From the Wii U home menu, the game will boot straight into the exact location the player left before closing out. All the typical home screen features are bypassed to help truly immerse the player into a sense of actually playing within the game world.   The HUD is pretty non-existent as well, except for a few features in the pause menu, which allow for off screen play, restart from last check point, and brightness adjustments for the GamePad and TV. Even those features, like off screen play and restart, can be bypassed without going into the pause menu. By pressing the GamePad’s minus (-) button, the game can quickly switch to off screen mode. Pressing the plus (+) button will take the game back to the TV. Along the way the chubby chirping chicken will learn a few songs which can help guide you through the game. One of these songs is the ability to restart from the last check point. With these two tricks there really isn’t any reason to enter the pause menu other than to change the screen brightness (And, I guess, pausing). 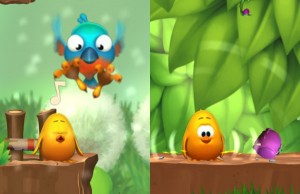 Fans of the original Toki Tori game may remember just how mind-bending and difficult the original could be. Even though this Toki Tori is a little more player friendly, the difficulty is still there for long time fans if they choose the right path. When approaching a level there may be a few different paths to take in order to accomplish a goal. It is up to the player to decide which path they will try to tackle. Each path’s difficulty may be drastically different to the other. This way those hardcore puzzle fans can have their brains stretched while keeping the casual puzzle fans’ brains more or less sane.

Toki Tori 2 is a great game to stretch one’s analytical thinking skills to the max. It is the task of the player to see the problem in front of them (i.e. a ledge that is too high to climb), survey the level, and figure out just how to reach that ledge by the two skills mentioned above. Most of the techniques that players learn come from trial and error. The game provides very little help on how things work or what they do. It is up to the player and the power of their brain to save the chubby chicken and help him reach the goal. 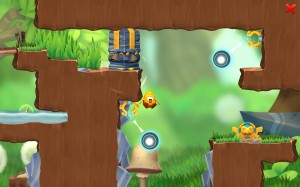 Toki Tori 2 offers off-screen play with the Wii U GamePad for private playing pleasure. Also, with a future update Two Tribes will be adding a level creator and Miiverse support.

At first glance Toki Tori 2 may seem like a joyful and happy game for everyone but be warned the game can be brutally difficult to the causal player. This isn’t saying the game cannot be enjoyed by all levels of players. I myself am not a huge puzzle gamer and found myself at times walking away in pure-frustration. After some venting, and maybe some chocolate milk, I always found myself coming back to the game to finish the challenge in front of me and enjoying it. The game’s lack of direction and difficulty takes me back to the golden age of difficult video games.