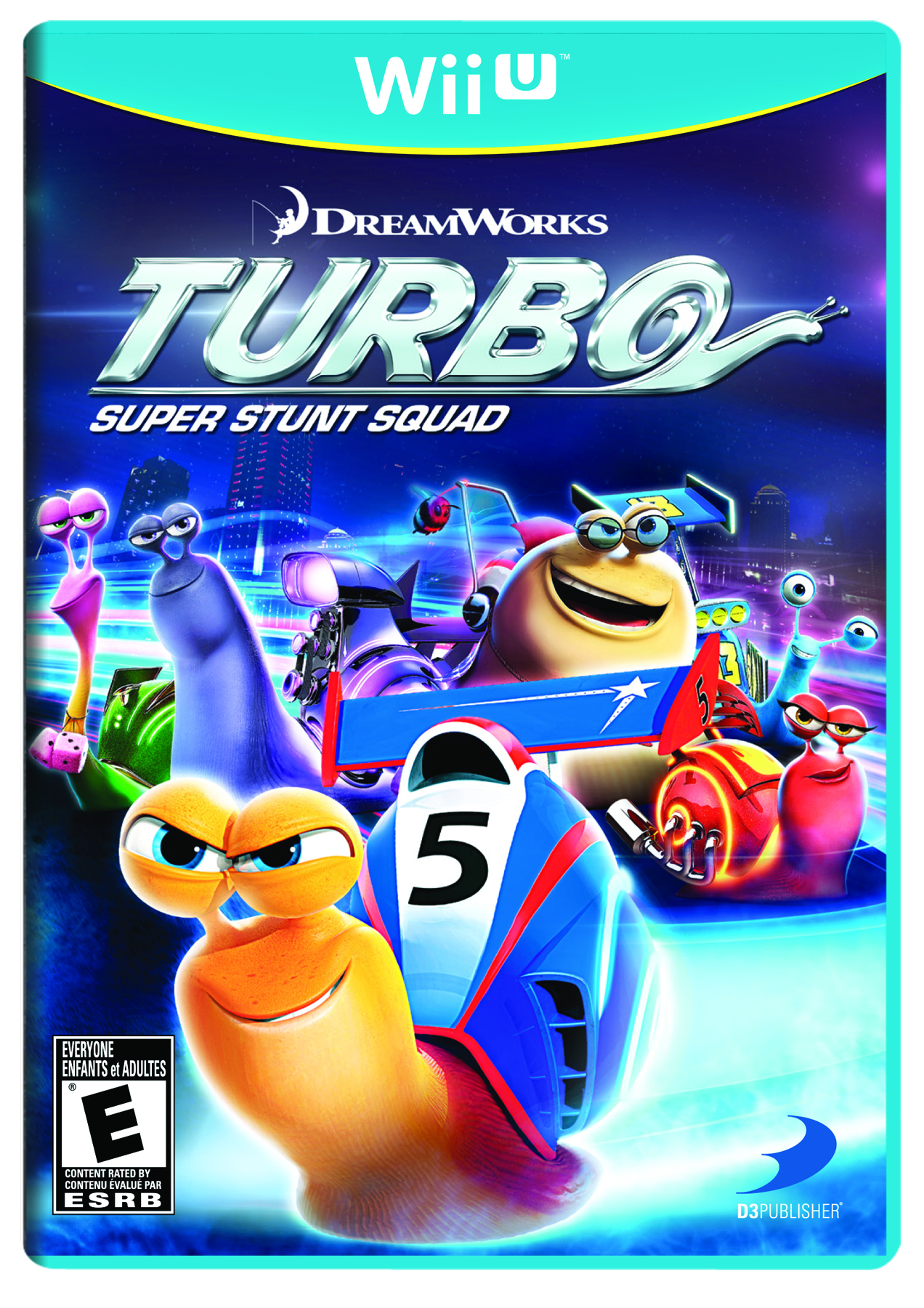 Turbo: Super Stunt Squad for the Wii U is just like most games based off of a movie. It’s terrible. There is not a lot of thought put into it and let’s face it, it’s clearly made just to cash in on the big success of the movie it portrays.

So let’s talk about the game’s story. Well…there isn’t one. Most games based on a movie at least follow the movie’s story with a few liberties taken along the way. That’s not the case here. Super Stunt Squad is an objective-based game. A more familiar way to put it is that it’s very similar to Tony Hawk’s Pro Skater. Well, that’s a generous comparison. Tony Hawk is a much superior title compared to this. You have multiple objectives around the track such as collecting letters that spell “TURBO”, gathering certain items/tokens and so forth. Collecting enough points or completing enough objectives will allow you to unlock more challenges, maps, etc. In terms of game play, the mechanics of the game feel sloppy and difficult to control. Steering feels weird, and pulling off stunts can be difficult to land.

The only benefit I could see about purchasing this game is that if a child who went to see the movie liked it, they might like it as well. Maybe. It’s pretty obvious that this game is not for the hardcore gamer and is barely a reasonable title for the casual gamer. Again, if you have a child who loved the movie, they may like this game. I personally haven’t seen the movie, but hopefully it’s a lot better than this game.