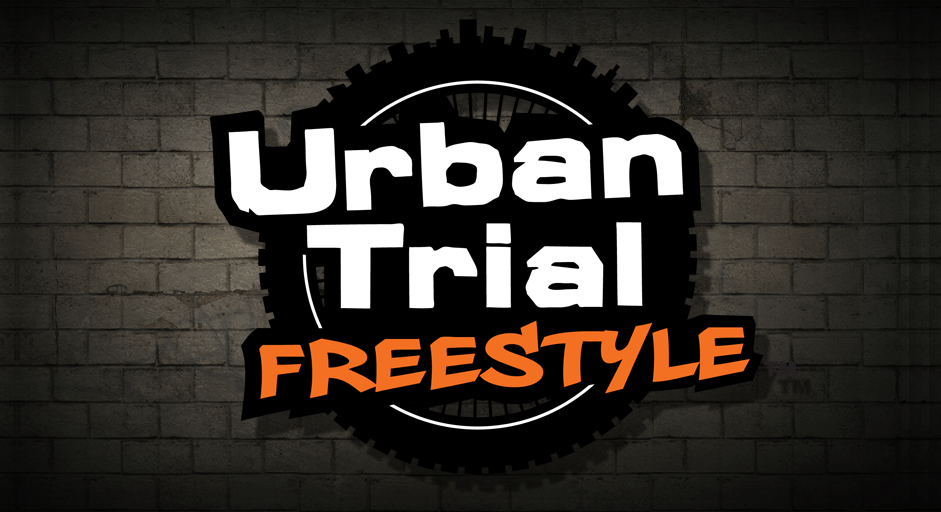 Back when I was in High School, me and some friends in our spare time (which happened to be a lot) would play many flash games on the Internet. One particular type of game that we kept coming back to was a dirt bike stunt game in which you had to get from point A to point B without crashing. Coming this week to the 3DS is a great addition to the world of addicting dirt bike stunt games (pretty sure that’s a game genre). Urban Trial Freestyle, created by Tate Multimedia, was released for the PS Vita back in February and is now making its debut on the 3DS.

Visually, the game looks great on the 3DS. Using the 3D offers great visual depth but sadly offers no “pop out” features. Playing in 2D mode is just as nice looking, but I mean come on, its called the 3DS for a reason so be sure to play it in the mode it’s meant to be experienced in! 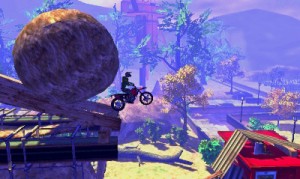 Like most stunt games, getting from beginning to end is your goal while being as stylish as possible. There are two game types when playing courses, stunt and time trial. Lets talk about stunt mode. Throughout each track there are specific objectives you are required to complete. These range from precise jumps, long jumps, the amount of flips preformed, high jumps and speed tests. While I’m used to previous stunt games giving you points for random stunt acts, it was nice to have goals set up at certain locations within each level.

The time trial mode is exactly what it sounds like. Get from the beginning of the level to the end as fast as possible. No stunts needed, just shear speed.

If there’s one thing that Urban Trial Freestyle will teach you, its control. Slamming down on the gas can easily cause your bike to flip over. Not only that, but when going up steep hills or flying through the air, you have to take into account the games physics. Using the control stick, you can keep your balance when going in and out of flips or squaring yourself up to land. Overtime, gamers will be able to get through stages without crashing, as it will save you from loosing points. Your crashes are added up at the end and can cause your score to suffer.

Depending on how well you complete said mode will depend on your overall score. The more stunts that are pulled off will grant you more stars and the faster a track is completed will do the same. Getting the highest score possible is essential to unlocking more courses or bikes. This adds a great deal of challenge, as your skill is necessary to advance further in the game.

Throughout each level, there are bags of money that can be used later on to buy bike parts or new outfits. I highly recommend picking up the bike parts first as the outfits are simply cosmetic. 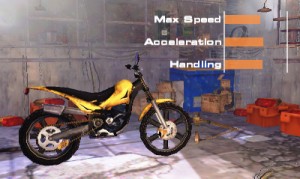 In terms of the games challenge, it’s hit and miss. While there are some levels that I breezed through no problem, others I caught myself crashing…a lot. But with each crash, I began to understand the games mechanics and overtime mastered them. When I first started playing the game, I would usually finish with two or three stars. As I kept playing, I would finish with either full five stars or four.

A feature that is exclusive to the 3DS is the level editor mode. This allows players to create their own tracks to their hearts content. Level editor mode utilizes the 3DS’s touch screen perfectly, as creating felt easy to use with little to no issues. With a total of 30 empty tracks, you’ll have plenty of space to go crazy with creativity! 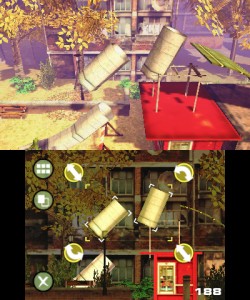 Overall, I found my time, albeit short, with Urban Trial Freestyle to be enjoyable. The game has a decent amount of replayablilty, especially if you’re the type that enjoys getting all five stars in each track. If you’re looking for a good handheld dirt bike stunt game (again, pretty sure that’s a genre) then check out Urban Trial Freestyle for the 3DS later on this week on the eShop.