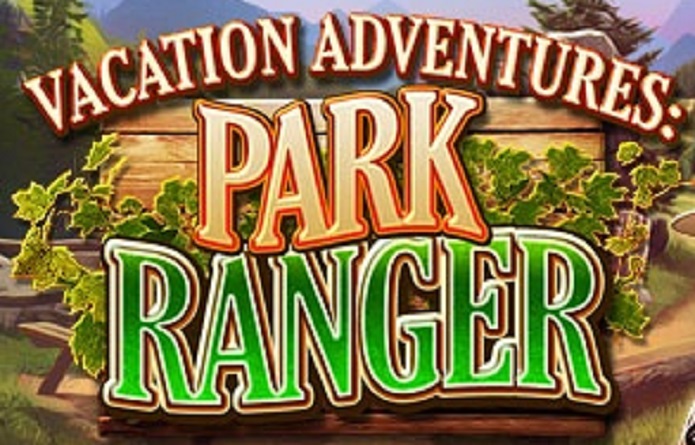 Don’t be fooled by the name – ‘Adventure’ may feature in the title (and Nintendo’s description) but this is a hidden object game.  An earlier PC success, Park Ranger brings casual family fun to the 3DS eShop.  Working as a national park ranger, you’ll be engaging is such tasks as throwing away trash, gathering recyclables, finding visitor’s lost items, and collecting all manner of scattered objects.  It’s just enough story to setup and carry the hidden object finding. 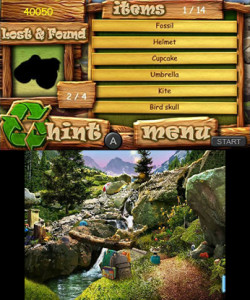 This game’s visuals look good, working well for this type of title.  The bright, clear graphics and zooming feature make objects easy to identify, and the varied colorful locations are enjoyable.  Whether searching a woodland trail by a scenic waterfall that spills into a shimmering creek, or scanning your detailed surroundings from bridges high in the treetops, the diversity of the park makes for fun searching.   While some lesser hidden object games force you to keep returning to the same areas over and over, Park Ranger offers fresh locations (over 3 dozen) at every turn. 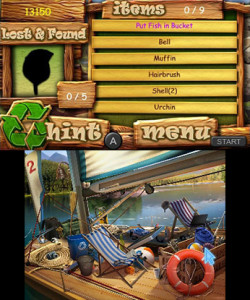 This is a relaxing game.  There is no timer, or penalty for hitting wrong objects.  Hints are plentiful, and quickly accessible.  Mini game puzzles can be skipped, and there is no real time limit to reach before being allowed to do so.  The challenge, to the extent the game has one, comes from the naming of certain objects, the way those objects are concealed inside other items, the collecting of recyclables, and the aforementioned mini game puzzles.

Some objects have peculiar descriptions – a paper cutter for example is called a guillotine!  Others are tucked completely out of sight, perhaps inside a piece of luggage or behind some greenery.  The number of recyclable items (300 +) vary by location, and you aren’t given a total for each locale.  Lastly the mix of other types of mini game puzzles that are included can provide some difficulty (if not skipped) while also offering some extra variety. 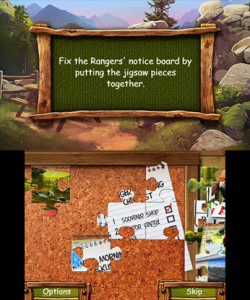 Replayability perks include a star system.  You can earn bronze silver or gold stars depending on how many objects you find and collect.  Eagle Eye bonuses are also available to increase your score if you complete a scene without using hints.  My biggest disappointment with this game is the soundtrack.  The folksy music is not my style, and is too repetitive.  At best I didn’t enjoy the looping tracks, at worst they annoyed.  Thankfully the music can be muted.

This game managed to hold my interest (and my wife’s especially) through to completion.  It did almost everything I’d expect from a quality hidden object game, while offering a few unique aspects and extras.  Some might prefer to wait for a sale or demo (the game is currently selling for $7.99), but for fans of hidden object games there’s fun to be had when downloading this game.  Vacation Adventures: Park Ranger is a very solid game for what it is, and it’ll probably grow on you.