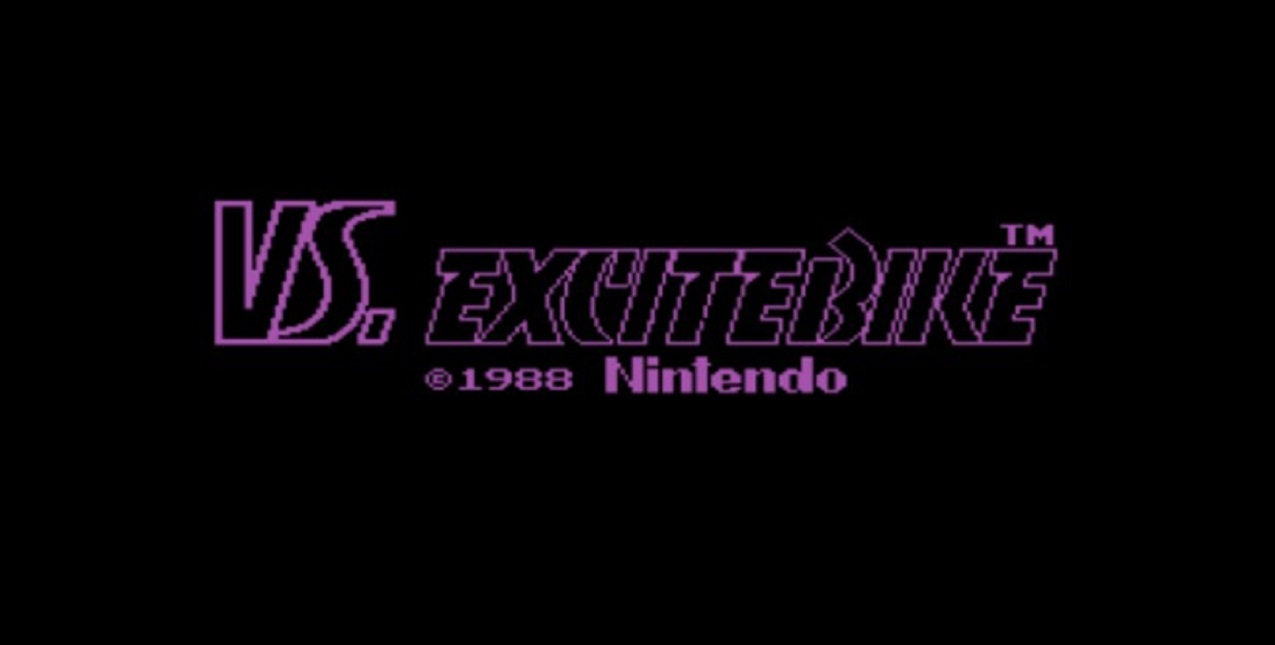 The original is an 8-bit classic, but VS. Excitebike brings so much more to the table.  This Japanese racer recently made its way to the Wii U Virtual Console.  But is the Famicom version worth grabbing if you already own the original?  I believe so, and here’s some of the reasons why. 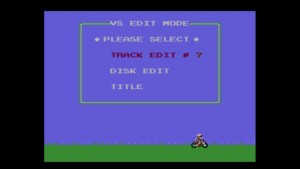 It’s said ‘content is king’, and Vs. Excitebike ups the content by a considerable margin.  Some additions are minor (but no less welcomed) like bonus stages.  Others carry a great deal more weight.  Extra courses, high scores, and multiple save files for designed tracks do make this the “ultimate version”. 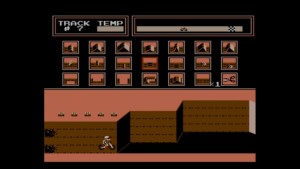 The high scores in particular are appreciated as they now give objectives to push towards, contributing much to the game’s replay value.  They’re saved as well, coming in handy for competing locally or over Miiverse.  On the design end, the fact that you can save multiple creations of your own design (or edit preexisting tracks) keeps things fresh, providing another return incentive.  But what’s best about the designed tracks is that you can race them in an enjoyable multiplayer mode. 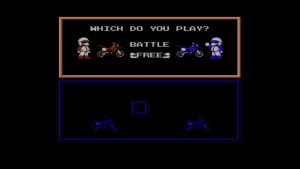 Multiplayer is definitely the biggest shot in the arm to Excitebike!  It truly lives up to the VS. in its name, with competitive fun for two players.  It’s fairly robust, having numerous settings to augment the experience such as picking the starting track, and number of laps and rounds.  There are two distinct modes to select from.  Free is the more traditional racing experience, but my favorite is Battle.  It turns into a who can flip the others bike more before creating enough distance apart contest.  What Nintendo says is true – “Racing is more exciting when the rivalries are real.” 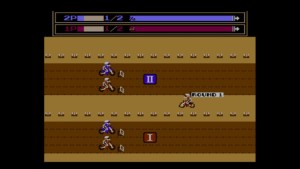 Another notable addition is that of a full soundtrack!  The original was scant on music, a weak choice for certain.  Now with a selection of catchy chiptunes, the appeal has been widened substantially.  My enjoyment has been greatly enhanced from listening to the numerous tracks, especially as they help to drown out noise from the engine and overheating. 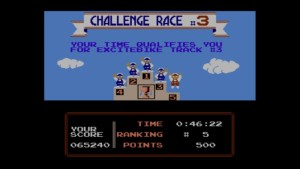 In terms of control, the game retains the ‘easy to learn, tough to master’ feel.  Balancing maximum speeds with successful landings takes practice, plain and simple.  Proper control of your bike is made more challenging from computer rivals that seem mainly interested in tripping you up.  The AI definitely feels dated, yet learning the track terrain, plus elements and obstacles, makes the opposition easier to miss.  Pretty much every controller you’d want is supported as well. 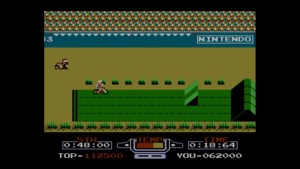 This VS. edition makes the original feel like a demo in some respects.  Nearly everything has been enhanced and polished up through the addition of so many welcomed fresh features.  Excitebike has always been fun to return to for quick play sessions, but it’s even better now.  If you’ve been looking for an ‘NES tough’ racer to wade through solo, or a fresh competitive multiplayer experience, take a long look at VS. Excitebike.  It’s a very good addition to the Wii U, which will hopefully lead to the release of Excitebike 64 on the Virtual Console. 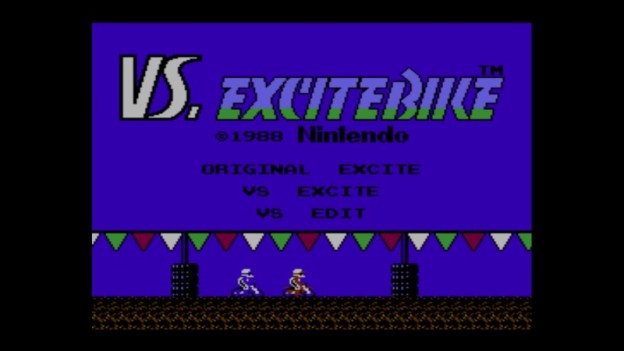 If you’ve been looking for an ‘NES tough’ racer to wade through solo, or a fresh competitive multiplayer experience, take a long look at VS. Excitebike