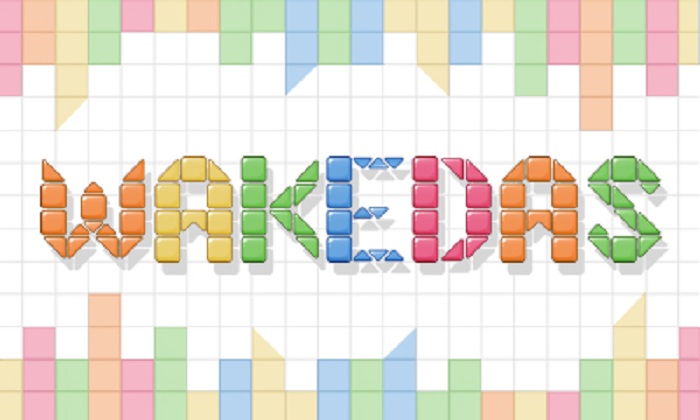 This oddly named shape shifting puzzle game could, in a way, be compared to a flat Rubik’s Cube, where you match up colored tiles by sliding them with your stylus.  It controls perfectly, and once you wrap your brain around the concept (there is no tutorial), it never really changes.  What does change however is the amount of colors you have to work with, as more keep being introduced.  New tiles come into play also, such as dual colored ones, and multi-colored ones that rotate when you slide them. Tiles will also occasionally get locked in place, forcing you to work around them, which provides some welcome variety. 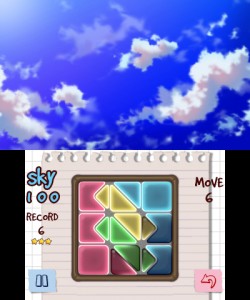 The difficulty fluctuates, with the above mentioned changes helping it ramp up.  The challenging levels tend to be followed by more simple ones though, giving your brain a chance to rest and recover.  It helps to give what could be at times a frustrating game a more relaxed vibe; a feeling that’s also aided by the ability to play levels out of order (if one is proving too difficult),  the lack of a timer, and seemingly no limit on the number of moves you can make per level.  You either keep playing until you succeed or you quit, but the game doesn’t force you to stop.

More levels are unlocked as progress is made, and eventually new sized grids with increased numbers of tiles to be matched up also become available.  This further unlocks additional variety in the games visuals and music.  The top screen displays pleasant colorful imagery, such as a blue sky backdrop with fluffy clouds, or a sunlit coastal silhouette.  Occasionally animated graphics move across the screen also.  You’ll see balloons flying by, passing clouds in the shape of a whale,  a boat sailing across the water, an airplane coming in for a landing, etc …  Little visual touches like these are really appreciated and help to elevate the game.  They probably would have looked very good in 3D (indeed even in 2D they sort of have a 3 dimensional look) but sadly, the game doesn’t utilize the feature for some strange reason.  The game’s music tracks are few, but done exceptionally well.  The smooth, laid back tunes help you to keep calm on the frustrating levels, but aren’t so mellow as to make you want to doze off.  They do get a bit repetitive, but nevertheless I found them all so enjoyable that I didn’t mind. 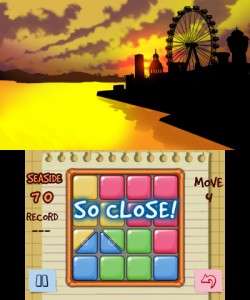 Even though there aren’t limits on the number of moves you have per level, you do earn stars based on how many it takes you to solve a puzzle.  It’s a fantastic way to provide replay value, and quite satisfying to go back and replay earlier levels, watching your records get shattered after having beaten the harder ones.  Take it from me, levels that earlier took dozens of moves to finish will later be beaten in the blink of an eye!

While this puzzle title is pretty basic overall, and perhaps lacking the universal appeal found in some others puzzle games, it’ll surely appeal to a good number of fans of the genre.  If it sounds like your type of game, it’s well worth a download especially at the great price of only $2.99. With hundreds of puzzles, and good replay value, you’ll definitely get your money’s worth.