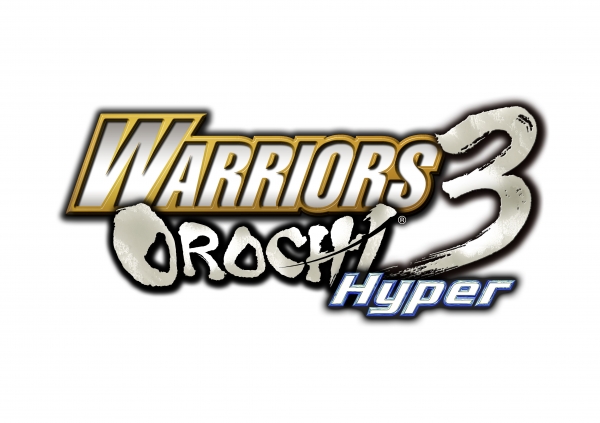 Warriors Orochi 3 Hyper a re-release of the XBox 360 and PS3 title of the same name.  The latest port of the Tecmo-Koei franchise allows for simultaneous play on the T.V. and the Game Pad, as well as asynchronous play.

If Warriors Orochi 3 Hyper has anything, it is playable characters.  The roster for this game clocks in at 130 officers. Warriors Orochi 3 Hyper encompasses characters from all of Tecmo-Koei’s previous franchises.  Characters from Dynasty Warriors, Samurai Warriors, Ninja Gaiden, Warriors: Legends of Troy, Trinity, Bladestorm, Trinity: Souls of Zill O’ll, and Dead or Alive make an appearance in the latest addition to the series.

The plot of Warriors Orochi 3 Hyper is not a head scratcher; A giant Hydra has destroyed most of humanity. Three generals, along with a small group of soldiers, have decided to run one final assault against the beast.  However, they ragtag army quickly becomes overrun, and they have to make a run for it.  A mysterious woman, Kaguya, appears and pulls the army away from danger.  She explains to the three generals that there is a way to travel to their pasts and save the officers that were lost in battles against the demon army.  However, they can only go back to as far as when the Hydra first appeared.  The goal becomes clear: Save as many officers as possible and combine forces to challenge the Hydra. 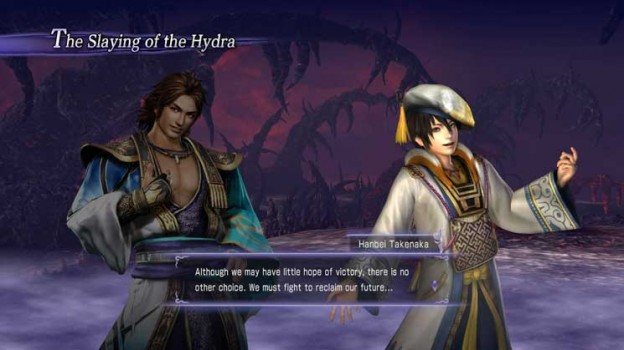 The story in the game is kept to a minimum, since the focus is on the fighting.  Anyone expecting any twists is going to be disappointed.  There are three endings to unlock, with the third ending only open to those who manage recruit all of the officers.

Expect to be mashing the X and Y buttons a lot. They are your keys to setting up attack combos, and are invaluable when fighting.  Each character has their own number of combos, but only a few will be truly useful.  Besides these combos, there are also special attacks using the B and RB buttons.  These attacks are good for taking out large numbers of opponents, or when you need to run away, but uses up the special gauge. 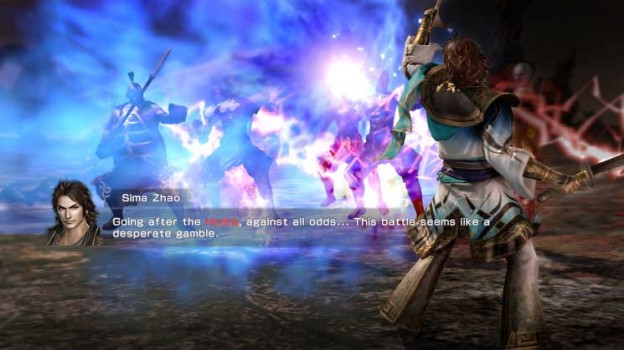 Customizable and upgradable weapons adds an interesting element to combat.  Weapons can be equipped with several different status effects (which can also be upgraded to be more effective).  Weapon fusion allows you to take status effects of some weapons, and put it into the one you are using.  This has two benefits: 1) it increases your weapon’s effectiveness, and 2) it makes weapon management a breeze.  Weapon strength becomes higher the more characters use it, and provides a nice incentive to keep the weapon you have.

Characters gain experience and level up by defeating enemy soldiers, captains, and officers.  Leveling up happens fairly quickly, and if you stick with the same characters throughout the campaign, you will find yourself effortlessly skewering thousands of enemy soldiers.

Say you want to try fighting with some new officers, but don’t want to slog through old battles to level them up and get them up to snuff.  Well, Warriors Orochi 3 Hyper has a solution.  Besides experience points, weapons, money, and other knick-knacks, battle rewards include growth points, which are earned by the ten-thousands, which you spend outside of battle to level up whichever character you wish.  I found growth points invaluable when trying new characters late in the game.

Battlefields can be played as many times as you wish, though there is no real incentive to do so as replaying new battlefields offers no new rewards.  New battles can be unlocked through completing story missions or talking to certain allies.  Side battles that aren’t unlocked are shadowed, but the game will tell you what to do in order to unlock them.  Normally, I would want a game to let me figure out unlockables, but in a game where so little exploration exists, it is good to have that kind of information.

While there are over 60 levels to choose from, only a few stand out as unique or special.  If you placed a screen-shot of a battle in front me, I probably would have no idea where it takes place.  This criticism also applies to the mission objectives.  Most of the battles will consist of “go to point A and defeat enemy B”.  There are only a handful of times where this objective differs.

The battlefields are huge, which helps the ambiance.  However, this same feature works against the game, when objectives force you to travel from one end of the map to the other.  If you take a horse, you will only be traveling for a couple of minutes, but if you hoof it, you are looking at a five minute trek or longer to get to your next objective.  If one of your objectives involves  protecting an officer, this can become especially frustrating.

Demon officers are stronger than soldiers, and have their own set of attacks, but prove to be more of a nascence than a threat.  They may get a few hits in, but it won’t be long before they are just another number in your kill count.

Main bosses, however, are another matter.  Just like you, these bosses have special attacks; unlike you, their special attacks can be an instant kill.  With no easy way to detect when an opponent uses their special attack, and little time to react (i.e. get the heck out of there), expect to see the game over screen quite a few times.  If you stun lock your opponent, you stand a good chance of winning. Unfortunately, as the old saying goes, “what goes around, comes around”.  If you are not careful, both officers and soldiers can gang up on you and chip away at your health.  If you have power left in your special gauge, you can bat them away with an ally’s help, but you might as well restart if you don’t have any power left.  Going in with a strategy is useless, as chaos quickly ensues when your character is surrounded by hordes of enemies.

Throughout the course of the battle, both your troops and enemy troops can gain or loose morale, but there doesn’t seem to make any huge difference in the game.  Troops did not gain strength when morale increased, nor did they seem to fight any harder.  In fact, I don’t think I once saw any of the soldiers kill an enemy.

There are some bonuses that can be found during fights.  These bonuses can increase your speed, defense, attack power, or refill your special gauge, and can definitely turn the tide of a fight in your favor.

A great feature used in battles is the “Bond” mechanic, which you level up by fighting with allies, completing side missions, and throwing parties.  Once bonds reach a certain level, your characters receive bonuses in battles.  Fighting near an officer with a strong bond increases your power.  Having a well-bonded officer on your team allows them to blow enemies away at no cost to your special gauge, and your character gains a speed, defense, or power bonus.  It takes a while for bonds to level up, so unless you continuously use the same characters throughout the campaign, don’t expect to see these benefits anytime soon.

Mussou Battlefields is a feature that promises the ability to create a customized battlefield, and that is a promise it cannot deliver.  Sure, you can replace some officers with special characters, change vocal lines, music, and make everything sound as if it were hit by a squeaky hammer, but you won’t get much beyond that.  The battles are still the same as they were in story mode.  This is a missed opportunity to see how creative players can get when creating levels.

Players can both upload their own battlefields, or download them from the servers.  Pulling down the entries were quick and easy.

The Wii U version of Warriors Orochi 3 Hyper comes with a duel mode, which pits officers against each other in teams of three.  Besides your officers, you get a choice of four cards that you can earn through story missions.  When activated, these cards do things like enhance your character, detriment your opponents’ status, or summon powerful attacks onto the arena.  Some of the cards have the same effects, but there are a lot of unique plays to make.  This lends a lot of strategy to the duels, and makes this mode the most tactical in Warriors Orochi 3 Hyper. 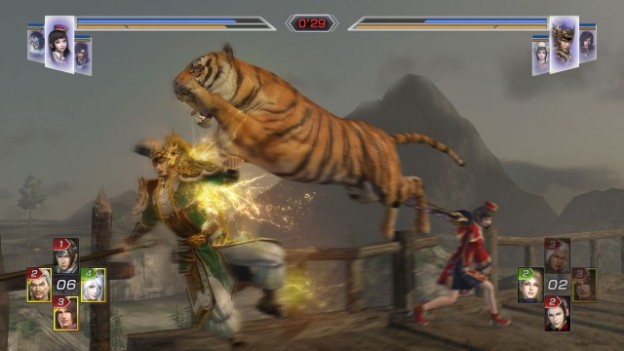 All in all, it is the sheer repetition brings the game down, and game difficulty stems from stun locks and instant-kill moves.  There are things that Warriors Orochi 3 Hyper does well, such as duels and the bonding mechanic, and they really add to the experience, but it does not make up for the lack of depth and sheer repetition of the battles.  If you are a fan of the Dynasty Warriors Series, you would probably do well to pick this one up.  Everyone else may be better off saving their $60.