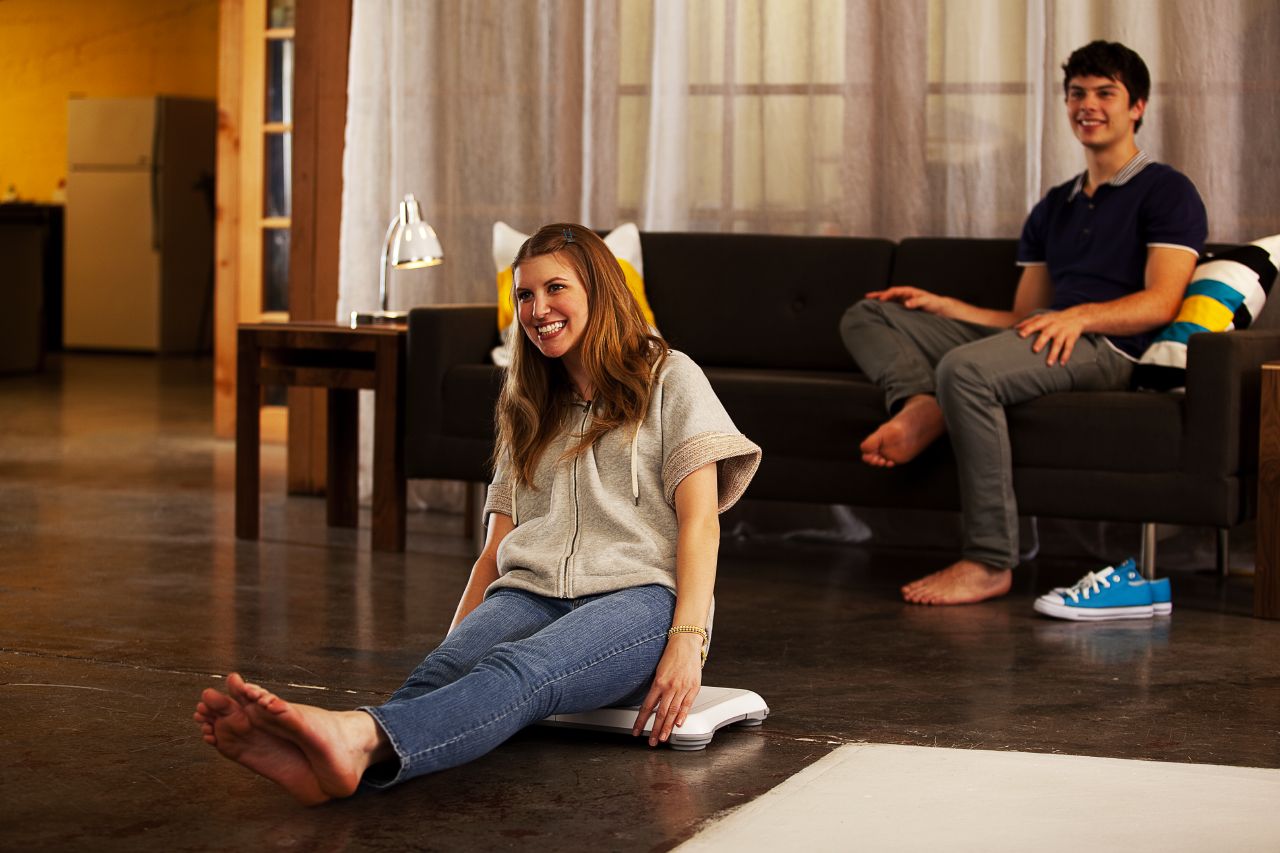 Wii Fit U is the third iteration of the Nintendo series with the sole purpose of getting players fit while they are having fun. To get the most out of this iteration, you will need more hardware than required of the previous two titles: the Wii Fit Meter, Wii Balance Board, and two Wiimote Pluses (with Nunchuks). If you have kept up with the series so far, you will have most of the hardware built up already, and the Wii Fit Meter is not terribly expensive for what it offers.

For the cost of $19.99, the Wii Fit Meter offers up distance and altitude change, MET’s spent over time, and a time and temperature function (though since the meter is attached my hip, my body heat throws off the temperature reading). The pedometer is nothing special. However, the altimeter is surprisingly precise. Even climbing a small set of stairs will register with this meter. Something you will have to watch out for (and the game will warn you of this), is the changing atmospheric pressure and its effects on your sensor. Rainy days will cause your pressure to drop, and it will trick the Wii Fit Meter into thinking you have changed altitudes. 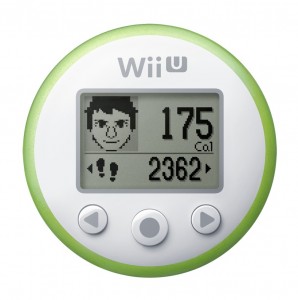 Players can sync up the Wii Fit Meter with the GamePad to upload their daily activity into the game via the GamePad’s infrared sensor. If you have friends and family who also have a Wii Fit Meter, you can exchange stats with them. Syncing the meter to the game is incredibly simple, and takes seconds. For that extra incentive, you can use your stats to take climbing and distance challenges. The challenges have players scale buildings, mountains and monuments, while the distance function will have players running through cities and towns around the world. As you travel, Wii Fit U provides interesting tidbits on the area, or distances you traveled.

The biggest hassle with the Wii Fit Meter is that it cannot store more than one person’s data at a time. If you want to give the meter to a friend or another member of the family, you will have to go into the game to erase the meter’s data, and re-register it to another person, which can be fairly time-consuming if you are constantly switching users. Although this can be circumvented by purchasing multiple Wii Fit Meters so that each user has a separate meter that is synced to game.

Just as Wii Fit Plus built upon its predecessor, Wii Fit U adds features to its collection of games and exercises. The hardware in the balance board still works well in capturing subtle movements. Some of the newer games will have you holding the GamePad, but none of the GamePad games will really get your blood circulating. However, the biggest advantage of the GamePad lies when you are not holding it at all. Using the GamePad’s camera, the player can watch themselves as they exercise, pose, or dance next to their trainer to get the most out of your exercises. 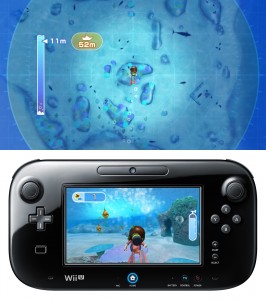 Exercises Wii Fit U provides are well-rounded for different muscle groups. Even with the more complicated exercises, the directions are laid out simple enough for anyone to pick up. During exercises, muscle groups that players are supposed to be working will glow, giving players a better idea of the mechanics of the exercise. Perfecting yoga poses may prove to be more difficult. Some of the poses will call for flexibility that players may not possess, but sticking to the more simple poses will not leave players out in the cold.

Wii Fit U has also added a “Dance” category. There are eight dances in this section. Each dance requires a different level of coordination and stamina; newcomers can start with some basic stepping and hand movements, and gradually move to more vigorous dances, like the salsa. All of these dances require you to have two Wiimote Pluses. If you only have one, you are out of luck. Fortunately aside from the rock-wall game, “Dance” is the only section where you will need two Wiimote Pluses.

The “Routines” feature from Wii Fit Plus makes a return. Instead of just Yoga and Strength Training, players can now include games from all categories into the routine. For those not familiar with the feature, the player places games and exercises into a list, which displays the total time the routine takes, and how many calories players are expected to burn. This may seem like a small feature, but the ability to jump right into the next exercise without having to navigate menus and re-calibrating the balance board saves a lot of time. 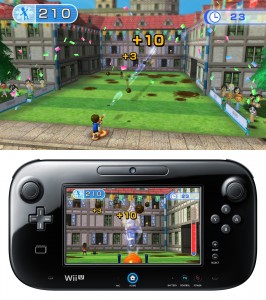 Continuing the practice of integrating the Wii U’s Miiverse into games, players connected to the internet can join “gyms”. Joining a gym shares all the typical functionalities of the Miiverse, but applied to stats like games played, calories burned, and other interests. Players have the choice of joining a pre-made gym, a player-made gym, or even make a gym of their own. While joining a player-made gym community sounds great, finding them proves to be almost impossible (unless you go with a pre-made gym). Player-made gyms work like the Wii’s friend-code system; each gym has a twelve-digit code, and the code is the only way to find these gyms.

Overall, Wii Fit U is a fine addition to the series. The latest iteration in the series is a good example of a game that builds and improves on mechanics used in the previous games. The series is good for anyone looking to get fit but are not sure where to start. This by no means qualifies the game as perfect, with the clunky gym-code system being the biggest offender. Veterans of the Wii Fit series and Nintendo will benefit since they will not have to buy much more new hardware but newcomers may be scared off by the amount of accessories needed to get the most out of Wii Fit U.