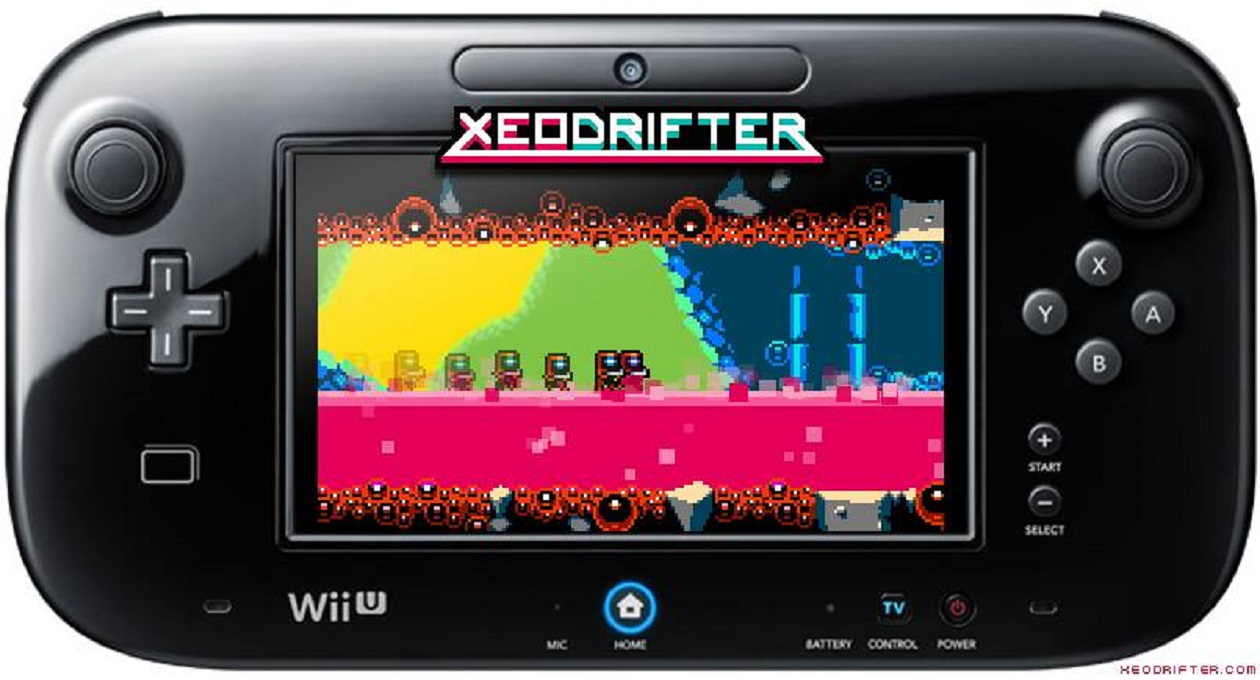 Drifting through the stars.

Renegade Kid’s popular Xeodrifter recently found its way from the 3DS to the Wii U, bringing cross-buy along with it.  Now gamers can easily experience both versions of this interstellar adventure. As it’s a port from the handheld, this review will focus mostly on the few Wii U changes.

However for those who’ve never played it on 3DS, here is a brief overview.  Xeodrifter is the story of a nameless space drifter whose ship’s been damaged by an asteroid collision.  You take control of him, exploring the small cluster of planets where he has been marooned.  There’s lot’s of satisfying action, cool sci-fi enemies, and secret upgrades in the vein of Metroid.  If you like that Nintendo classic, odds are very good you’ll enjoy Xeodrifter.

Like Mutant Mudds before it, Xeodrifter has a measure of freshness when played on a large, high-def screen.  The pixel art takes on a new element of vibrancy, and it’s also fun being able to show off the game with ease.  The immersive soundtrack, which was great on the 3DS, is arguably better here if only because you aren’t limited to the lower volume 3DS speakers.  Likewise, the controls even seem slightly improved, tighter thanks to the larger GamePad buttons.

Off-TV Play is supported, although it’s in lieu of the dual screen setup found in the 3DS version. The menu, which includes helpful maps and weapon customizing options, is now brought up by pressing start.  It’s a trade-off, but not a bad one.  It’s not as if you’ll be needing to look at the menu constantly, and it pulls up quickly without load times or other delays.

The only drawback of this being a direct port (in contrast to Mutant Mudds Deluxe which had new levels) is that the few areas that could use improvement still remain as is.  One is the boss encounters which (in just a mild spoiler) are more or less the same creature with patterns steadily embellished.  The other is length – an experienced gamer can see the finish in a few hours, albeit highly enjoyable hours.  You’re sure to want the game to continue – a Xeodrifter sequel perhaps?

Those craving a challenging Metroid type adventure should definitely pick up Xeodrifter!  It was a great game on 3DS, and it’s a great game on Wii U.  In fact I’d say that Xeodrifter is one of my favorite Wii U eShop releases of 2015.  Buy it today.

Out of this world

Those craving a challenging Metroid type adventure should definitely pick up Xeodrifter!