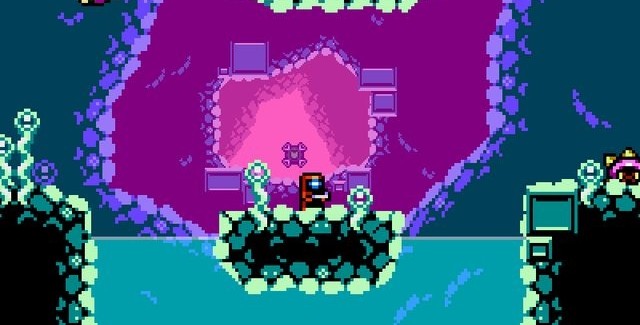 I enjoy classic games from the NES and SNES era so much that I often times find myself playing titles from these systems on my 3DS Virtual Console more than many of today’s games. And I get excited when I hear about new games being released in the 8-bit and 16-bit style of these systems. Xeodrifter is the latest game by Mutant Mudds developer Renegade Kid and it offers the retro-style gaming I love plus incredible 3D effects on the 3DS.

Xeodrifter has a pretty basic story, but that’s one of the things I like about it. The character you play as is an interstellar drifter traveling on a mission of exploration. The game starts with the explorer colliding with an astroid and damaging the ship’s warp core. At this point, you can choose between 4 nearby planets to explore and find power-ups and the material needed to repair the ship.

The gameplay in Xeodrifter is exceptional. Just like with Mutant Mudds, getting through the level can be difficult and you will probably die a lot. But if you look hard enough, you’ll come across some health upgrades that help make survival a little easier. The exploration factor of the game is fun and rewarding. Gun power-ups that let you customize your weapon are spread throughout the planets. Some of these are in secret areas that require you to jump inside walls or shoot walls to reveal a hidden passage. 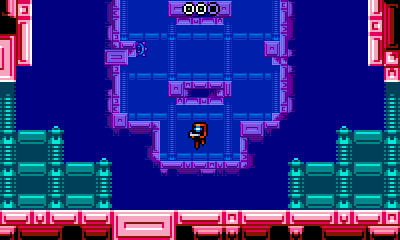 Xeodrifter is a game that I highly recommend playing with the 3D effects turned on. Although the game is still beautiful with it off, turning it on gives an awesome view of the different layers. Which brings me to another interesting aspect of the game, plane shifting. While exploring, you will come across areas where you can jump to the background layer and then later jump back to the foreground using the Plane Shift power-up. I’ve seen this feature in other 2D side-scrolling games, but I think it’s implemented in Xeodrifter better than in anything else I’ve played.

I have to mention the game’s amazing soundtrack (which can be downloaded here). It really adds to the adventure and gets you in the right mood to destroy those bosses. The sound effects are also perfect. It’s definitely a game you will want to play with the volume up. 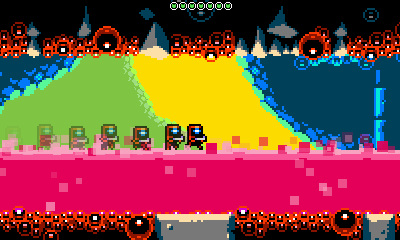 I enjoyed Xeodrifter so much and kinda wish it lasted a little longer. With about 4 hours of gameplay, it feels like a tease of what could be an even bigger adventure. I would love to see it become a series of games with another installment in the near future. But even if it doesn’t, Xeodrifter is a must-have eShop title for anyone who enjoys adventure-filled Metroid-style platformers.