Teyon has developed a new WiiU eShop title called ‘Zombie Defense’.  A strategic tower defense game, set in a post apocalyptic world that has been over run with non other than flesh eating zombies.  You and your army must fight off endless hordes of the undead to earn money and progress to the next stage.  Money (the root of all evil) is a key item in ‘Zombie Defense’.  During a level you can use your hard earned cash to buy and upgrade soldiers that can be placed at different posts around each level.  How much thought you put into placing your soldiers will determine how long you survive. Now that you know the basics its time to determine if Zombie Defense is a game that’s worth your time, and money. 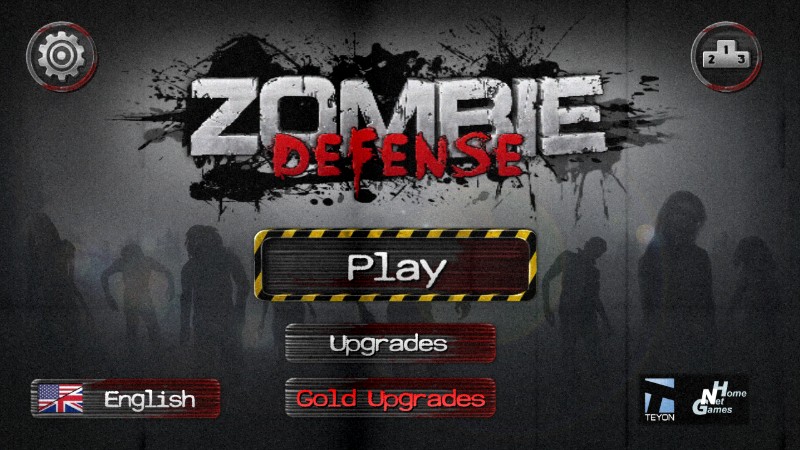 The first couple levels are like tutorials so you can get the hang of things quickly. The green circles on the ground are designated spots where you can put soldiers, yellow circles can be upgraded (for a price) to a higher rank. This gives your little zombie killers more fire power and health. You can have a supply crate dropped to any open circle on the map (also for a price). These equip you with grenades and other fun toys after you’ve unlocked more weapons. You have to make sure you choose the right time to drop a supply crate though. Your soldiers can move to different posts during gameplay but they will not shoot while in motion. This sometimes causes you to loose health or worse, be eaten, so timing is key.

Zombies come from every side of the screen and not just a few at a time. Once you’ve progressed a little, the difficulty level rises and the challenge begins.  After you’ve earned a good amount of money from completing levels you can increase the amount of soldiers in your army (from 3 to 32) and unlock a variety of cool weapons and upgrades. Like a flamethrower, sentry guns and airstrikes “oh my”! There are also long range weapons and short range weapons so you can fully customize your attack plan. 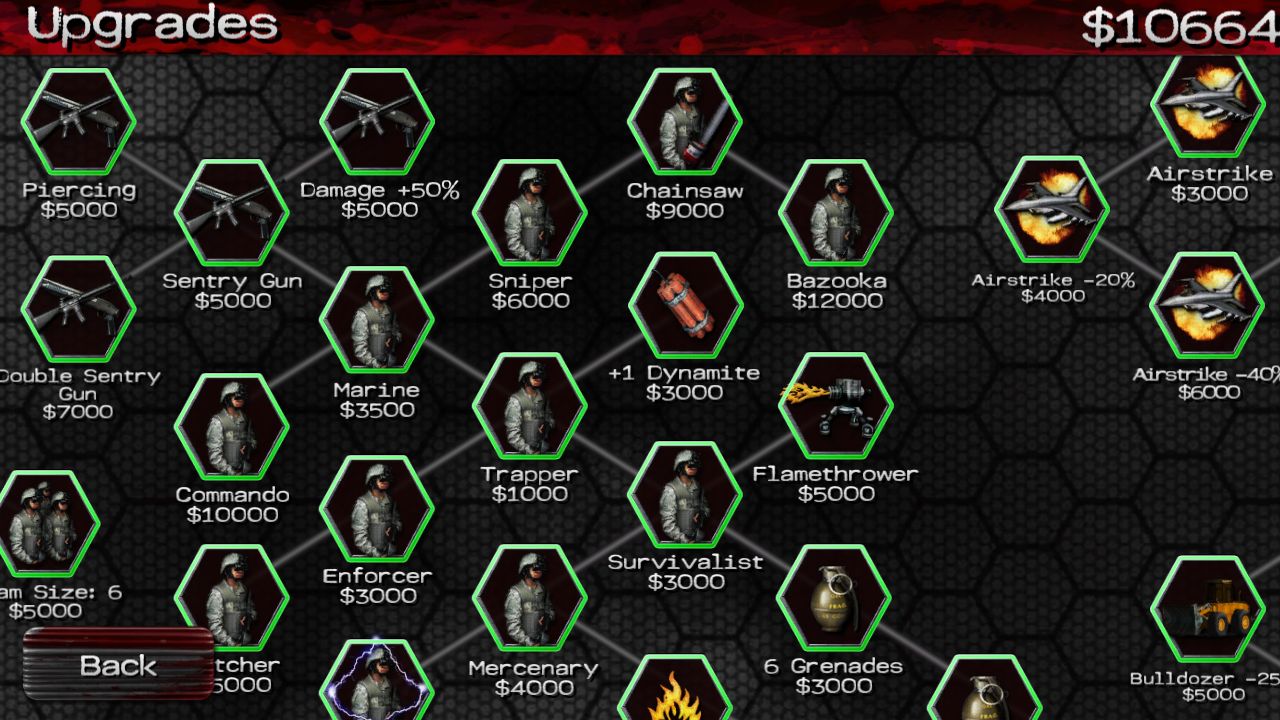 I spent a good amount of time replaying a few of the missions so I could have enough money to get the upgrades I wanted, which after a while felt like a chore. The fast paced gameplay keeps it exciting though. Plus you have the option of choosing between normal and nightmare modes, which is basically a harder difficulty if you want more of a challenge. I also liked that you could fast forward the pace of each level. Since a big part of tower defense games is mostly sitting and watching what happens, I always appreciate an option to bypass those slow dull moments. This also makes going back and playing previous levels much quicker.

Visually, the graphics in Zombie Defense are nothing to boast about but I personally, liked the style. You can zoom in and out during gameplay and scroll around the screen. There were also some nice, small details I noticed, that add to the experience and make the overall scenery more interesting and lively. The music is a bit repetitive as the same song plays throughout most of the game. However its quickly drowned out by the sound of explosives, machine guns and the moans of the undead, so you may not notice the background music too much.

Zombie Defense is a pretty fun, addictive little game. While I have played many titles similar to this before, ZD stands out a bit for some reason. It’s not a bad price either at $7.99, considering all of the content. There are 35 missions in the main game, 2 difficulty settings, and around 98 different upgrades to unlock. Also if you’re the competitive type you can post your scores on the online leaderboard and compare with other players. So, if you’re the zombie loving type or you just enjoy tower defense games I definitely recommend checking this one out.

With plenty of content and unlockables, Zombie Defense is a fun, addicting tower defense game that will keep you coming back for more. Unlock a huge arsenal of weapons and unleash mayhem on hordes of  zombies before they take over what’s left of the world!