13AM games has a winner on their hands, at least if my time playing Runbow is anything to go by.  The indie developer has crafted an experience representative of the type of multiplayer mayhem that people tend to associate with Nintendo systems.  If you like gaming with friends, Runbow is a game you’ll definitely want to keep an eye on! 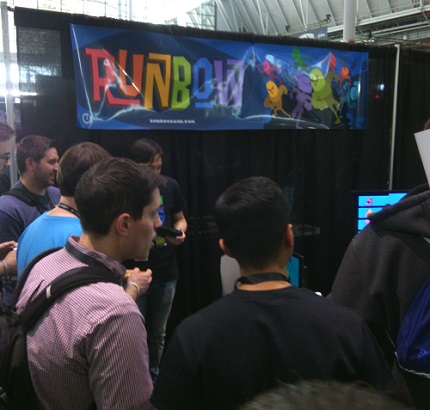 Crowds were a regular site at the Runbow station.

The title supports up to a whopping nine players.  I got to play amongst a group of seven, and the experience was fun from the first go.  One of the things that left an impression with me was the seeming balance the game had.  Every player in my group notched at least one victory.  While the devs expressed that this was uncommon, it makes me confident that this is a title that will reward seasoned gamers.  At the same time, with seven game modes in the final product, players with less experience should still find enjoyment with the title. 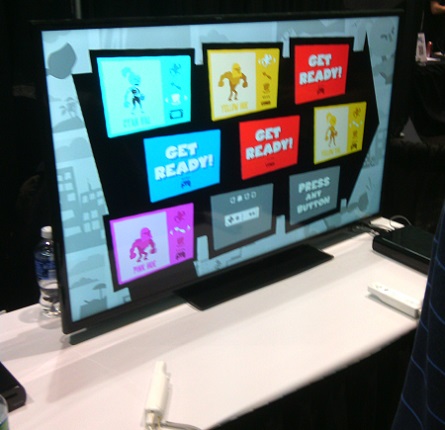 Up to 9 players, with various controllers supported.

Runbow keeps you on your toes.  You need to move fast, and think ahead.  Quick reflexes are needed as well – a couple of times I thought victory was in my grasp, only to have a platform disappear, or some other level alteration!  Lots of laughter accompanied the chaotic gameplay.  This should be a hit when entertaining. 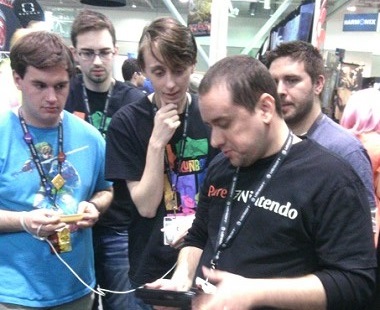 I got my victory playing on the GamePad.

With its multiplayer support, unique visual styles, multiple game modes, and unlockable content and extras, Runbow seems to have all the elements necessary to succeed!  If the rest of the game can match up to the fun I had during my play session at PAX, 13AM games will be an indie dev that many Wii U gamers will know and admire.