Before we get this review started, dear reader, let me make just one thing clear. As I write this, I’m trying my hardest not to make some kind of “Are you ready to rumble?” wrestling joke within the first paragraph. What on earth could I possibly be referring to? I speak of course of the latest Pokémon game to debut on the Wii U, Pokémon Rumble U.

The Pokémon Rumble series is known for it’s simplistic, yet addictive gameplay. You play as a toy Pokémon, and it’s your job to furiously mash the A button as you knock down your enemies in order to collect coins and stronger allies in this battle arena beat’em up adventure. The controls and mechanics remain the same from the past games, you continue to utilize different elemental attacks with either the A or B button, and using the correct elemental attacks to topple your opponents is still addicting and fun. Thrown into the mix are the additions of healing and stat increasing candies you can pick up in battle, as well as crystals that give you the ability to implement a multi targeting attack by tapping the touch screen. 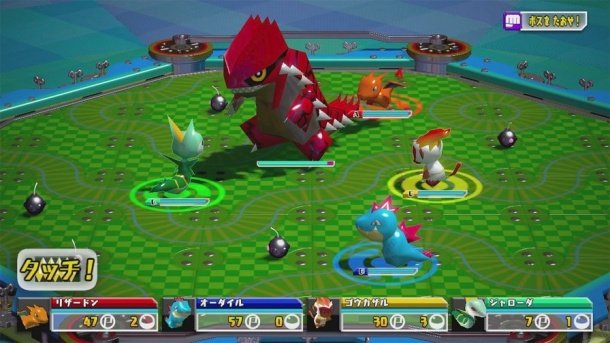 The graphics in the game are bright, colorful, and charming. Being an HD game, all of the 649 Pokémon you know and love are rendered nicely and in high detail for you to enjoy, and the best part is you have the ability to find and collect them all within the game. The music is up beat and quirky to match the game’s style, and you shouldn’t be surprised if you find yourself humming some of the tunes. The game also features an off TV mode so you can enjoy the game while someone else watches a show. The story is fairly simple; you are a lost Pokémon toy and you must battle your way back to the store you belong to. While the story may be simplistic, it is presented nicely with anime style cut scenes.

In the past entries of the series, you navigated your toy Pokémon through obstacle course-like levels before reaching an arena to do battle with a giant boss Pokémon. In this latest installment of the franchise, the gameplay has been simplified even further to just include the big arena fights. With the levels themselves gone, players progress from arena to arena on the overworld’s map by defeating all of the boss Pokémon who reside there. While it may seem like an odd design choice, the short and chaotic boss battles lend themselves perfectly to local multiplayer with friends. 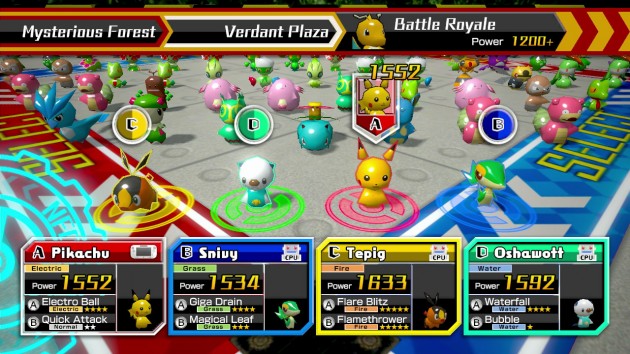 Before entering a battle, Players can select their toy Pokémon to use as well as three other computer or human controlled teammates. As you wage Pokéwar in the arena, the game will keep track of things such as how many enemies you defeated, how many coins you collected, and who landed the first and last blows to the enemy Pokémon. At the end of the battle, you are rated on how well you performed, and this creates a fun cooperative versus competitive dynamic to the game that is best enjoyed during multiplayer.

What seemed odd was the inability to strengthen your toy Pokémon without an additional purchase (more on this in a bit). Instead of using your coins to level up your toy Pokémon’s attacks and strength, you are now forced to switch between stronger toy Pokémon as you find them. While this certainly adds plenty of challenge to the game, it feels very limited and at times can make certain battles frustrating. Coins are now used to continue if all of your Pokémon get knocked down in a fight. 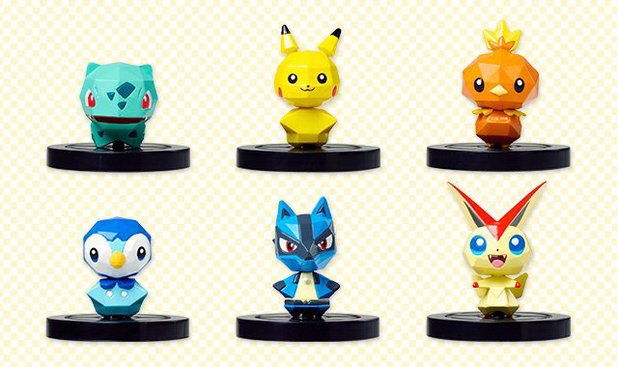 Perhaps the most interesting new mechanic to the series is the inclusion of Pokémon NFC figures. Available at stores for $3.99 a pop, these figures come in a fun Pokéball capsule and are hidden from view until you open the ball and unwrap the packaging inside. Although very small, (the figures themselves are probably only an inch and half tall) the toys are nicely detailed and looked as if they jumped right out of the game. By placing a figure near the Wii U gamepad, your Pokémon will be put into the game instantly. Only by doing this do you have the option of spending your coins on changing the moves, natures, and strength of your uploaded Pokémon. NFC figures can even be scanned during a battle, and doing so will unleash a giant version of your figure that will fight alongside you for a short time. All of your upgrades are saved onto the chip housed within the figures so you can take your customized Pokémon to a friend’s house to play on their system. While not required to beat the game, the NFC figures certainly make the game easier, and the implementation of them within the game is fun and satisfying. 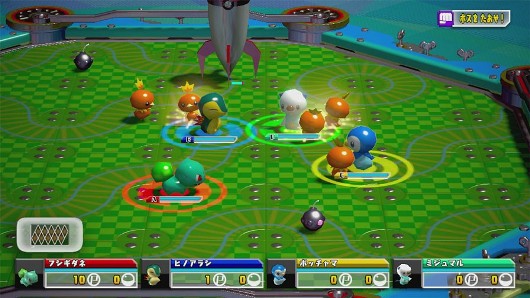 Pokémon Rumble U has taken the simplistic formula of the earlier games and simplified it even further. Whether or not this is a good idea depends on your play style. For those who enjoy quick gaming sessions, the game’s fast and frantic arena battles are perfect for you to pick up and play for as little or as long as you like. For those gamers who enjoy longer gaming binges, the game’s short length may be disappointing , but the challenge of collecting all 649 Pokémon is no easy task and will require some serious hours to be logged into the game.  The inclusion of the NFC figures adds a lot of fun to the game as creating your own personalized toy Pokémon should prove to be fun and rewarding when using them to compete among friends. While the addition of online multiplayer would really have helped this title, I still feel that there is a little something in the game for Pokémon fans of any age. If you enjoy Pokémon or any of the other games in this series and have some friends to share it with, then it’s not a bad title to pick up. Pokémon Rumble U gets a score of 6.5 out of 10 from Pure Nintendo.