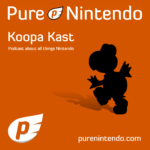 In episode 8 we talk about Justin Sharp’s stealthy entry into E3 in
2008, the team treating themselves to the VIP section at a 2008
Activision event in 2010, and sitting front and center at the Nintendo
press conference during E3 in 2011.  We also discuss violence in video
games, the ESRB rating system, Reggie’s love for gaming, and much more!