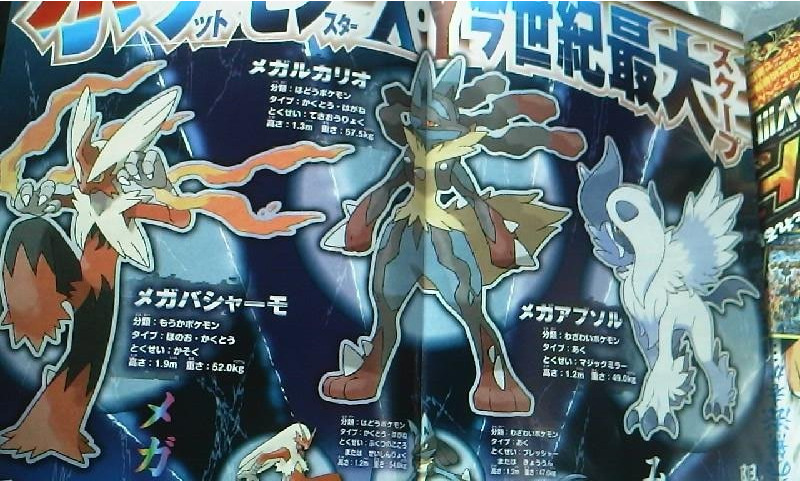 Okay, so I’m totally geeking out about this new update regarding Pokemon X/Y. This comes from some leaked scans of the magazine CoroCoro. It includes some new Pokemon and characters as well as a new mechanic–Mega Forms.

Check out how badass these are: 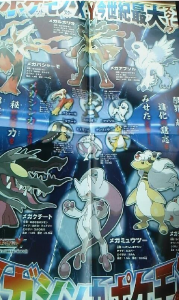 As you can see, this includes the already revealed form of Mewtwo. It also includes some other Pokemon who are already pretty awesome–like Blaziken and Lucario–looking even more awesome. I mean, come on–Mega Absol has wings. Absol with wings! A couple typing changes have also been leaked, along with these Mega Forms. Mawile will now be Steel/Fairy, as rumored, and Ampharos will be Electric/Dragon.

Here’s a look at the new Pokemon revealed–they’re all kind of silly and adorable, in contrast to the hardcore Mega forms: 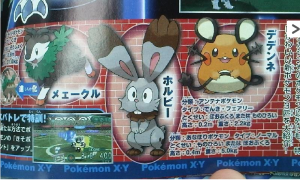 That’s Meekuru, the pre-evolution of Gogoat. Then Horubii, a rabbit Pokemon. On the right is this generation’s obligatory Pikachu clone, Dedenne, an Electric/Fairy Pokemon.

Check out more info on Serebii. And if you want to make sure you have a Mega Blaziken, it looks like they’ll be giving out Torchics with Mega Stones via wi-fi as a promotion starting at the release of the game.