If you showed me a picture of any Pokémon outside of the first 250, then there you have a near 100% chance of being met with a blank stare and shrugged shoulders; even the 99 after Mew are pretty iffy.  I fell out of love with the series in middle school, and never purchased a handheld gaming system after the Gameboy Advance.  For those three years I was into Pokémon, however, I was all in.  To earn the top spot on the cool list in my elementary school, you needed to be able to list off all 151 Pokémon in order; a far more difficult and decidedly less hip achievement these days.  I tried to collect as many cards as possible, though I could only count on one hand the amount of matches I played.  Most of my time was spent behind the screen of a Gameboy. 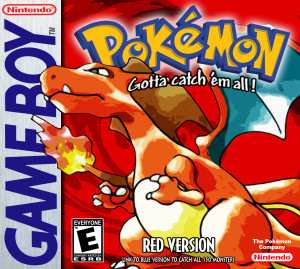 Like the cards, I took Pokémon’s tag-line, “Gotta Catch ‘em All” to heart once I picked up Pokémon Red.  After meticulously filling up the red version’s Pokédex, I knew that no less than a 100% completion rate would satisfy a Pokémon expert of my caliber, and the Pokémon Blue nestled into an Easter basket guaranteed nothing would stand in my way.  Week after week, trade after trade, evolution after evolution, I made sure every blank in that Pokédex was filled.  Won’t Professor Oak be surprised to find that I had achieved what he had dedicated his entire life attempting.

“Your Pokédex is completely filled! Congratulations!”

Perhaps it was impossible for the Pokémon Prof to meet my lofty, 10-year old expectations, but even now, six words could not mean so little in the face of the monumental task I had completed.  Oak may has well responded, “Ok, but what have you done for me lately?”  Childhood disappointment aside, completing the Pokedex presented another problem.  What now?  After awhile, defeating the Elite Four was not enough, leveling Mewtwo to 100 was not enough, 150 Pokémon was not enough.  I needed 151.

The search was on for the legendary Mew, and the only lead I had was in that abandoned laboratory in Cinnabar Island.  I meticulously looked over every statue, but to know avail.  Out of leads, I turned to the collective consciousness of the world, the internet.  As anyone in my generation can tell you, internet rumors about video games were far less scrutinized than they are today.  I think we all know what happened next.  There is a truck next to the dock in Vermillion City [double check].  If I could just get Pokémon with strength and surf before the S.S. Anne departs, then I could uncover the prized 151st underneath the pickup.  My Blue file was sacrificed, and I began my journey to the S.S. Anne.  With every step I took, my anticipation grew.  Two gym leaders and two Pokémon trades later, I was shoving that truck with all of my virtual might; nothing.  Hours of my childhood, wasted on a wild goose chase.  I wouldn’t trust the internet again (until Aeris needed a cure for that fatal case of sword-to-the-back). 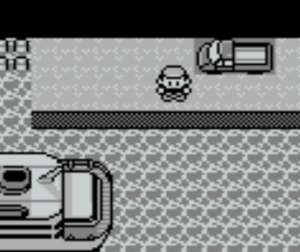 I didn’t look into the series again until I started writing about games independently.  My reaction was no different to my parents when I tried to explain the Red and Blue era to them.  “What the hell is EV training?  Is everyone Eevees now?  Why is it good that your Hitmontop has a shy personality?  What do you mean there is a god Pokémon?”  Now that I have a 3DS, maybe I’ll return to the Pokémon game scene.  Just don’t expect my strategy to go beyond, “that Pokémon looks cool, so it’s a part of my team now.”