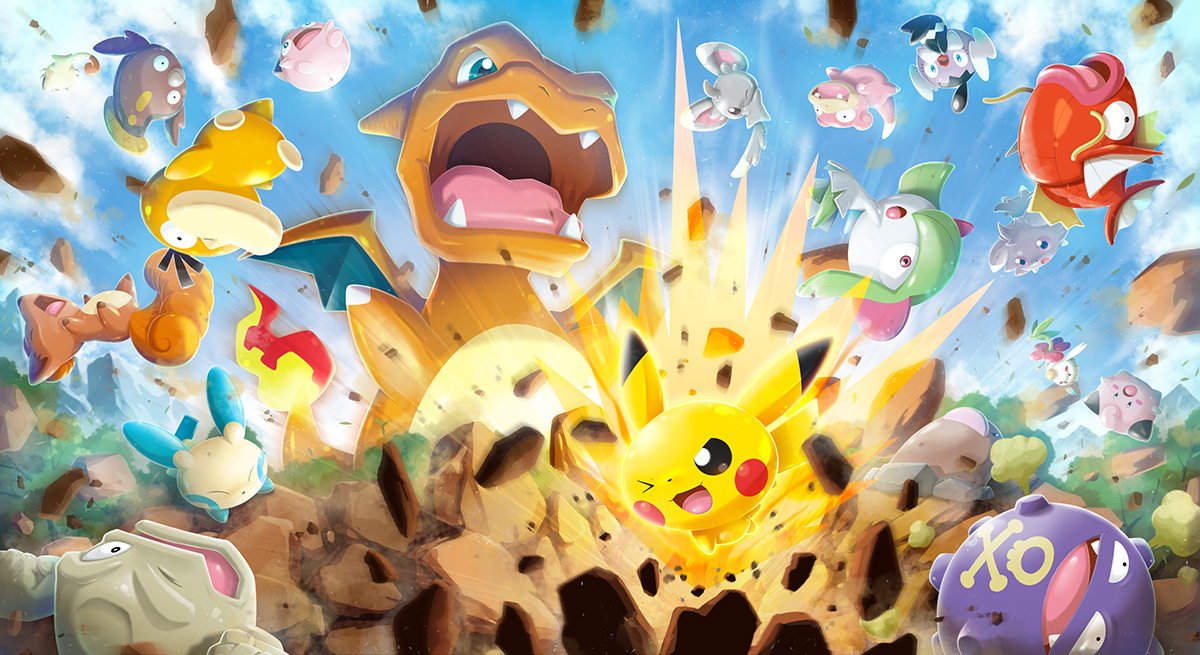 Pokémon Rumble Rush is your next smartphone addiction

Pokémon Rumble Rush is your next smartphone addiction

Those who hold onto the antiquated notion that mobile devices aren’t gaming machines have just received another blow, this time from the Pokémon Company International. Their new entry in the Pokémon Rumble series—Pokémon Rumble Rush—is available now on Android mobile devices in Australia, with an iOS version and full worldwide release coming shortly.

As you’d expect from a Pokémon game, Pokémon Rumble Rush asks players to discover new islands and the various Pokémon that inhabit each area. To do so, however, you have to overcome the hordes of enemy Pokémon that stand in their way.

By tapping the screen, the players’ partner Pokémon will rush in and attack each oncoming wave. During each of these encounters there is a chance one or more of the Pokémon will befriend a player and in turn use those Pokémon in future battles. Each island adventure features Super Boss fights and, if victorious, players have the chance to get items that power up their Pokémon.

As they play Pokémon Rumble Rush, players will have the chance to encounter hundreds of different species of Pokémon. The more players explore the game world and take part in special events, the more Pokémon they will discover—possibly including Legendary and Mythical Pokémon! Exploration may also lead to players finding a previously undiscovered stage, and as a reward, players get to name it.

If you’re having trouble locating Pokémon, a hint function will let you know which ones inhabit your current area. There are also ways to locate and try a stage other adventurers have discovered, opening opportunities to encounter Pokémon you haven’t found before.

While you wait for Pokémon Rumble Rush to be released in your area you can head on over to www.pokemon.com for more information.