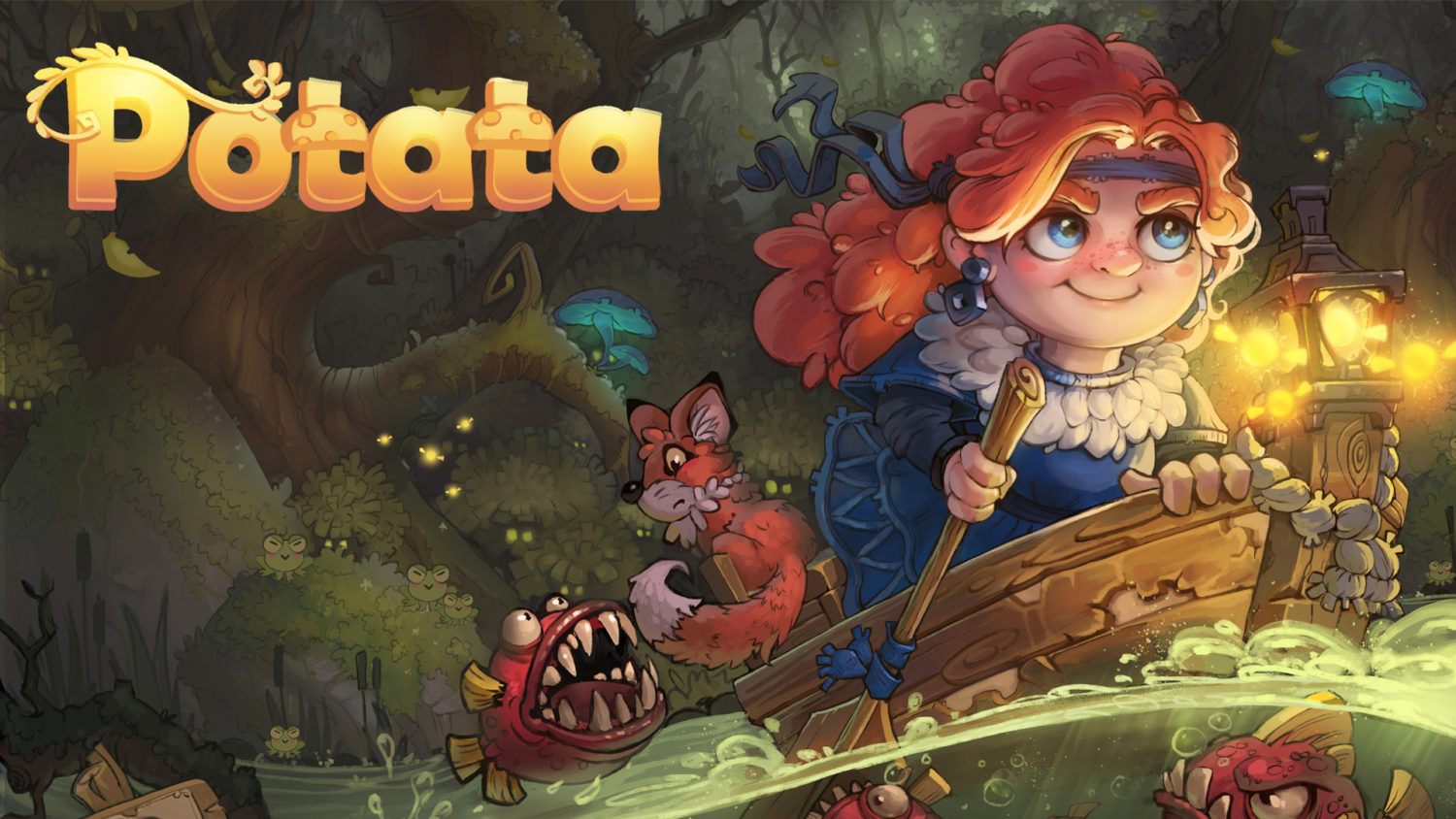 Be careful of whose flower you pick.

“Welcome to the jungle” sounds a bit harsh, and “a walk in the park” sounds too mild. What we really need is the happy middle ground. Potata: Fairy Flower is a puzzle-platformer which lets you take a walk through an enchanted forest full of flowers, trees, thorny vines, and a vindictive fairy. Don’t be down on the fairy too quickly; after all, Potata did pick one of the fairy’s favorite flowers. 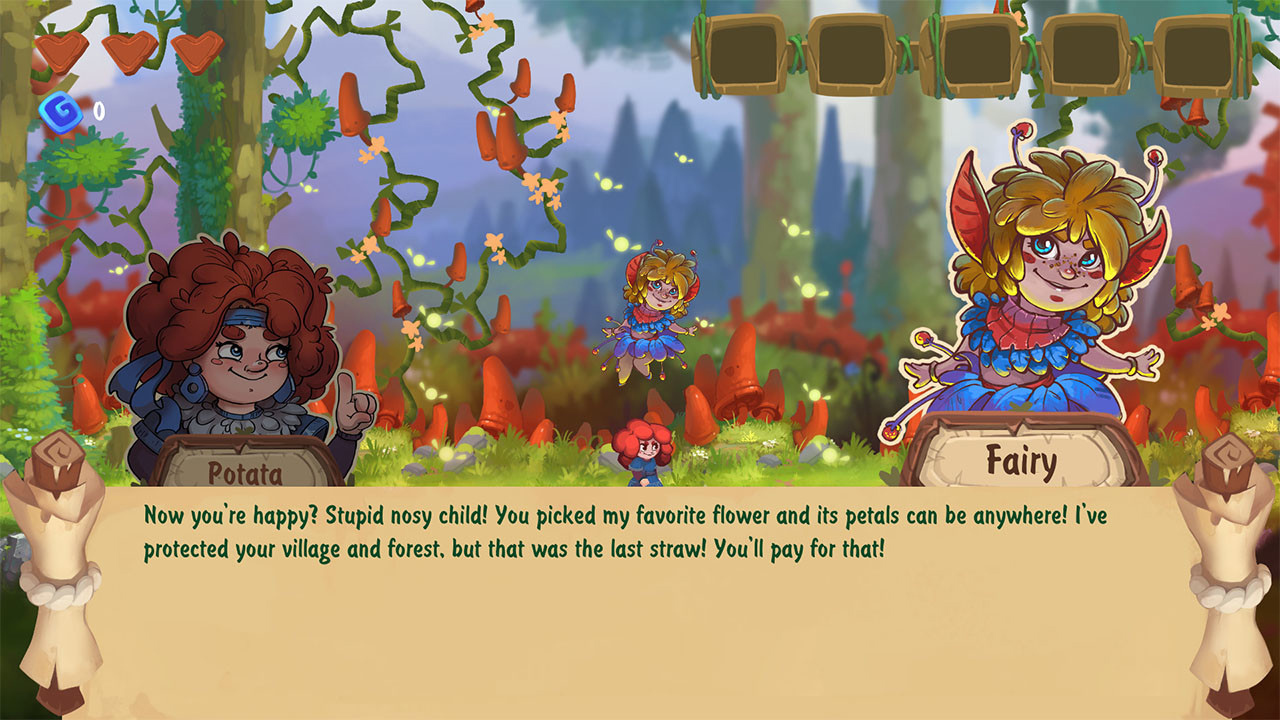 Potata starts at home with her mom and a sick fox. She has to go out into the world to find ingredients for a potion to cure Fox and to gather berries so mom can make her famous pie. There are hints at other, more grown-up story elements, but they are not really fleshed out. 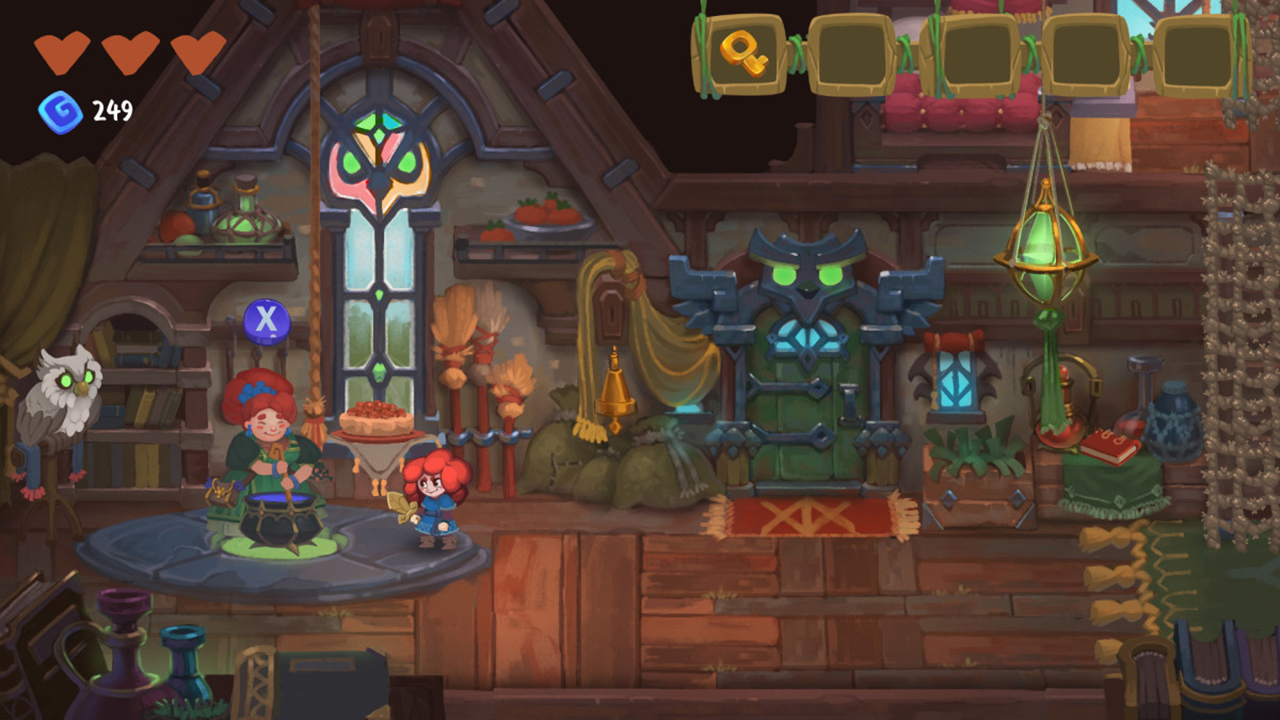 Now that we have a basic premise for getting out in the world so we can side-scroll our way to our goal, let’s get moving. There are only two basic movements about which you need to worry: walking and jumping. There is no run, and you have to get into the game a bit before you get to wield a sword. Most of the game is rather like an early Mario entry but with really nice graphics. The platformer mechanics are basic but the scenery is imaginative and well rendered. The flowers are OK, and you can jump on them to get around, but be quick because they fold up after a couple seconds and you will fall. The fall won’t kill you, but you could land on something unpleasant.

The parts you need to really be careful about are any vines or pods with thorns. As expected, you get three lives before you have to start a section over. Touch anything thorny and it takes one life. As you walk through the woods, you can collect extra hearts to keep your life count up.  There are other elements you can collect on the way, so feel free to hop up, walk around, and explore as much as the game allows. 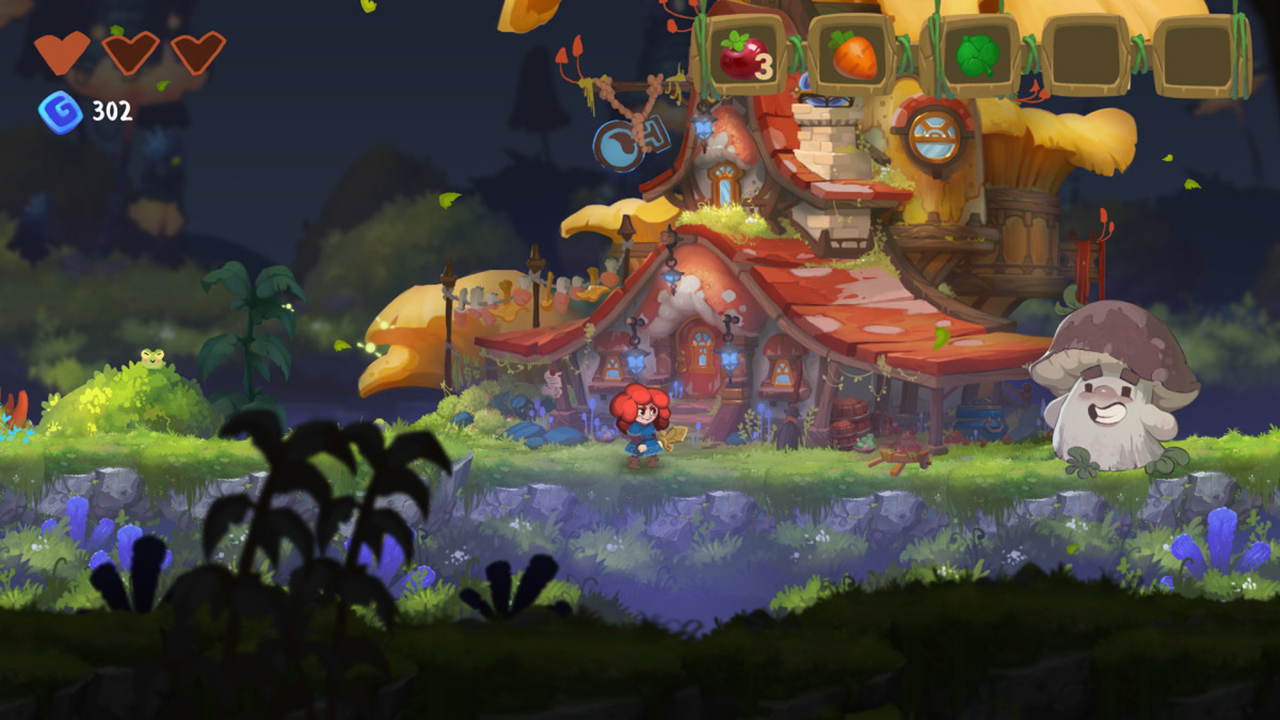 The background music is pleasantly Celtic sounding. And while it’s not as catchy as the old Mario tunes, it sounds good and doesn’t annoy or interfere with the playing experience. The music doesn’t necessarily reflect the mood of the game at any given moment—there is no sense of building tension as you enter the boss round of the level—but it’s still easy on the ears.

Potata also includes some puzzles you need to solve before you can proceed. This is one of the areas where the game could use a little refinement. The puzzles just happen with no real explanation of the goal. They are not too difficult to solve with a good deal of poking around/trial and error, but a bit of instruction would make them less off-putting. There are some pictograms, but you still have to do some guessing to relate them to the puzzle. You end up just fiddling around a bit, but for the younger players, it’s fine. 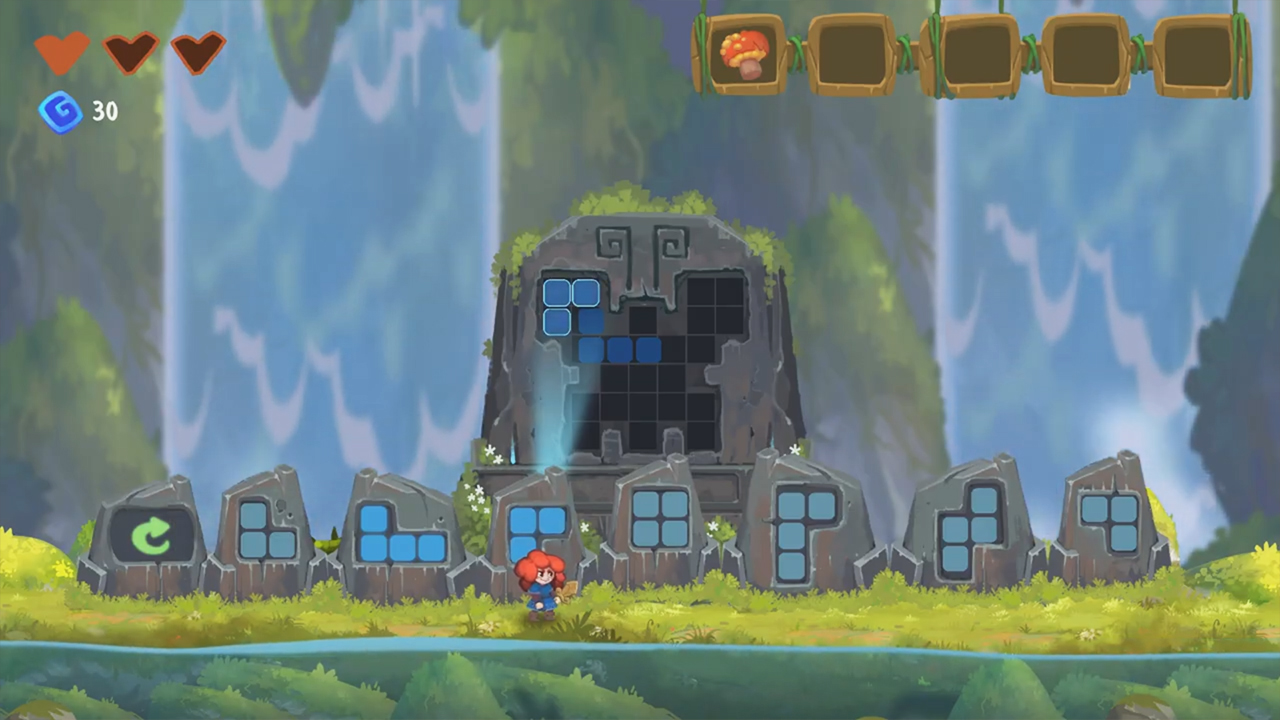 Speaking of younger players, this brings us to an important aspect of the game. Since the gameplay is fairly simple and the theme is a fair bit safer than some of the old Grimms’ fairy tales, this is a good game for kids as well as the more seasoned player despite a lack of development with the story and some fairly easy puzzles.

That said, unless you are a platformer savant, it will take a couple of passes at the “boss” level to become familiar with the patterns, so you will need to be on your toes.

While it may not be critically riveting, Potato: Fairy Flower is a game that is simply meant to be played and enjoyed. There is some storytelling, some sense of adventure, some pattern learning and an adversary to overcome. There are also some areas where it could use some polishing, but taken for what it is, this is a fun game.