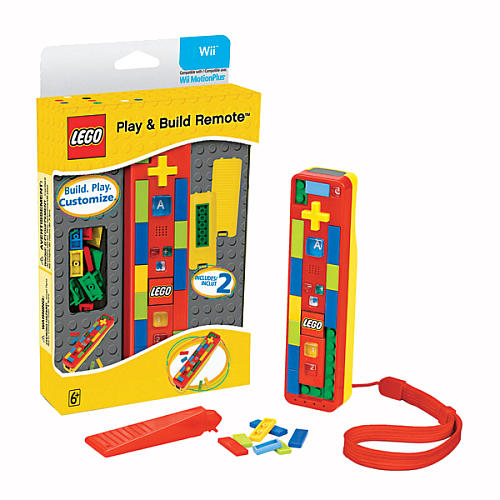 POWER A today announced that the POWER A LEGO® Play & Build Remote for Wii™ is now shipping into Toys”R”Us stores in North America with an MSRP of $39.99. The perfect holiday gift for LEGO fans, this officially licensed LEGO product lets players use official LEGO pieces to creatively customize a full featured remote for Wii!

· Build, play and customize with this fully featured LEGO remote for Wii!

· Comes with 31 BONUS colorful LEGO tiles to personalize the design of the remote’s top surface.

· Use your own official LEGO pieces (not included) to build a custom display stand using the Buildable Battery Cover!

For press images of the POWER A LEGO Play & Build Remote, go to: https://step-3.box.net/shared/agv35rbikv

About The LEGO Group

The LEGO Group is a privately held company based in Billund, Denmark. The company is still owned by the Kirk Kristiansen family who founded it in 1932. The LEGO Group is engaged in the development of children’s creativity through playing and learning. Based on the world-famous LEGO brick, the company today provides toys, experiences and teaching materials for children in more than 130 countries. The LEGO Group has approximately 8,000 employees, and it is the world’s fifth largest manufacturer of play materials.