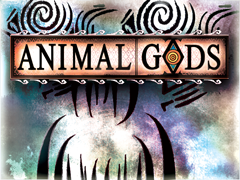 The Kickstarter for action-adventure RPG AnimalGods, by indie developer Still Games, has launched and has garnered over $2,000 in backing in less than 24 hours!

Inspired by the likes of Zelda: A Link Between Worlds, Still Games’ Animal Gods tells the story of the rise of an unlikely hero, trying to save the world and free the Animal Gods.  In the game, players explore the ancient roots of European history, featuring massive 2D side-scrolling battles in the wonderfully colourful & beautifully ravaged setting of ancient Europe.

“Animal Gods is a game about massive fallen gods and you — a small and agile hero named Thistle, who is armed with a sword, a bow, and a noble mission to free the Animal Gods.” said Kara Myren, Lead Programmer, “We believe the best games are the ones that respect the wishes and wants of the audience who plays them. By launching on Kickstarter, we not only get to know our audience from the very beginning of the project but they get to help us create and mould a game that they want to play and experience. It’s a system that can create some truly magnificent games, and we’re incredibly pleased to be a part of it.”

Animal Gods is a Next Gen 2D action / adventure game set in Bronze Age Europe, 15th century BC. Pairing the tight and polished action elements of Zelda with a memorable cast of characters and charming story moments that might remind you of Final Fantasy or Chrono Trigger.

Still Games is an independent game studio started in 2013 by Kara Myren and Peter Harmon. They develop games from a studio located on the edge of a cliff in Shepherdstown, West Virginia. Their mission is to build fantastical worlds that support a gameplay focused player experience.