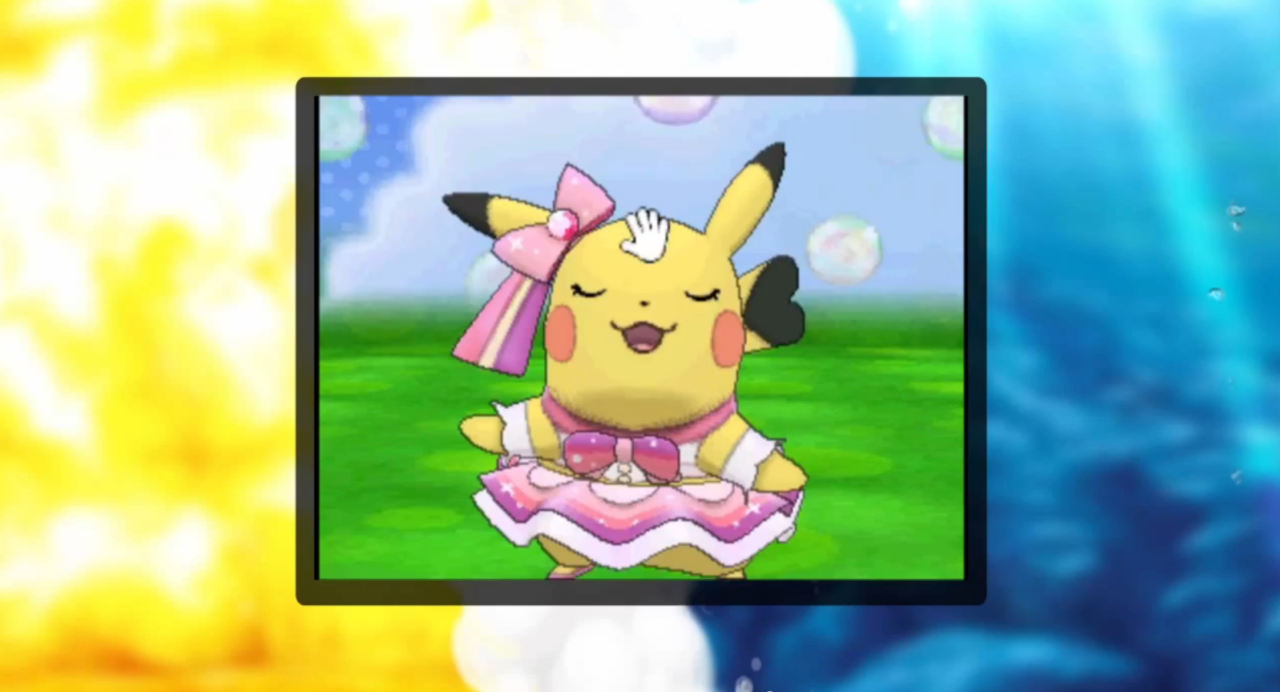 BELLEVUE, WA—July 14, 2014—The Pokémon Company International and Nintendo today announced exciting new features and story elements of the Pokémon Omega Ruby and Pokémon Alpha Sapphire games, launching in the United States and Canada on November 21, 2014, for the Nintendo 3DS family of systems. A brand new gameplay trailer has also been released, giving fans a deeper look at what they will discover in their new adventure through the Hoenn region.

Mega Metagross, the Iron Leg Pokémon, is a massive Steel- and Psychic-type Pokémon standing at 8’2″ and weighing 2,078.7 lbs. Upon Mega Evolving, Metagross’s Ability changes to Tough Claws, which increases the power of attacks that make physical contact. Mega Metagross also has a greatly increased Speed stat, with additional increases in its Attack, Defense, Sp. Atk, and Sp. Def, making Mega Metagross primed for both offense and defense.

Deepen Your Bonds with Pokémon-Amie and Meet Cosplay Pikachu!

First introduced in Pokémon X and Pokémon Y, Pokémon-Amie returns in Pokémon Omega Ruby and Pokémon Alpha Sapphire. Pokémon-Amie allows Trainers to create close ties with their Pokémon by playing games together, petting them, and feeding them special snacks called Poké Puffs. As a player’s Pokémon become more affectionate, they will be more likely to do such things as evade attacks in battle, land critical hits, and get an overall boost in performance.

Journey through the Hoenn Region

Your Hoenn adventure begins when you meet Pokémon Professor Birch, who runs the Pokémon Lab in Littleroot Town. Professor Birch will help players begin their journey by giving them their first Pokémon and a Pokédex. The Pokémon that appear and the rarity of each will differ between Pokémon Omega Ruby and Pokémon Alpha Sapphire.

The first step to becoming the Champion is to challenge and defeat each of the Gym Leaders in the Hoenn region, including the main character’s father, Norman, who is the Leader of the Petalburg City Gym. It was also confirmed today that players will encounter and battle Rustboro City Gym Leader Roxanne, Dewford Town Gym Leader Brawly, Mauville City Gym Leader Wattson, and Lavaridge Town Gym Leader Flannery.

When Diancie Mega Evolves into Mega Diancie, it will get the Magic Bounce Ability, which makes any status condition or stat-lowering effect bounce back at the Pokémon trying to inflict it. Through Mega Evolution, Mega Diancie receives a big boost to its Speed, as well as boosts to its Attack and Sp. Atk, while experiencing a reduction in its Defense and Sp. Def. The boosts help Mega Diancie with its quick, powerful attacks, such as Diamond Storm and Moonblast.

Players can get Diancie for Pokémon X or Pokémon Y via a character distribution at participating GameStop stores in the United States this fall. Further details will be shared soon. Players who receive Diancie can Mega Evolve it in Pokémon Omega Ruby or Pokémon Alpha Sapphire.