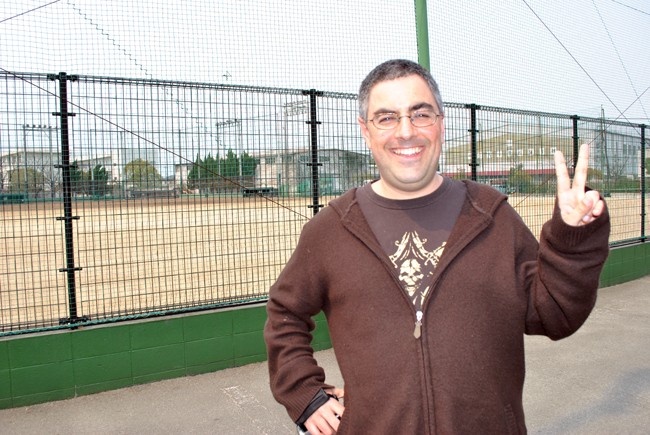 Dan Adelman, Nintendo’s Head of Digital Content and Development, has left Nintendo after being employed by the gaming giant for 9 years.  His departure from Nintendo sent waves through the gaming community as he dispatched the news that he no longer worked for the iconic gaming company.

Since Dan was known as the man who is primarily responsible for Nintendo’s indie presence on their most recent consoles, it will be interesting to see what the future holds for their indie games strategy.  With indie games becoming such a huge part of the eShop for both Wii U and 3DS, we hope that the trend continues and Dan’s absence doesn’t effect the near constant stream of indie releases on Nintendo hardware.

Mr. Adelman is a fine gentlemen and many of us at Pure Nintendo who have corresponded or even met Dan himself are very sad to see him go.  But, this is not the end for Dan Adelman.  We have not heard the last from him.  He plans on continuing his involvement in video games and the independent game development scene.  We are looking forward to seeing what Dan has planned for the future.  For more information about how to contact him and hear what’s next from the man himself, check out the press release below.

August 4, 2014– Redmond, WADan Adelman announces that after nearly nine years with the company, he has decided to leave Nintendo of America to go full-blown indie himself. As the founder of Nintendo of America’s digital distribution business, Dan was one of the first mainstream industry professionals to recognize the importance of independent developers and advocate on their behalf. He plans to continue that success in a direct role on the ground across independent studios.During his time at Nintendo, Dan oversaw the launch of hundreds of games and advised indie developers on game design, marketing campaigns, and general business strategy. He is best known for identifying and bringing great indie games like World of Goo, Cave Story and the BIT.TRIP series to major consoles before competing platforms took notice of indie developers.Many indie teams recognize that the business-side is crucial to success but don’t have the resources to hire a full-time business or marketing expert. In his new endeavor, Adelman will take indie developers to the next level of success by working with them as a virtual team member to help them make informed business decisions and stand out from the rising tide of indies.Prior to joining Nintendo in 2005, Adelman was a part of the launch team for the original Xbox, handling multi-million dollar third-party publisher business development deals as well as strategy planning for Xbox Live, which included launching XBLA. He graduated with honors from Oberlin College, and has an M.A. from Nagoya University and an MBA from Columbia University.Additionally, Adelman is available for speaking opportunities, press interviews, and for general interaction via Twitter (@Dan_Adelman) and his blog: http://www.dan-adelman.com/. Developers interested in working with Dan can also contact him there.