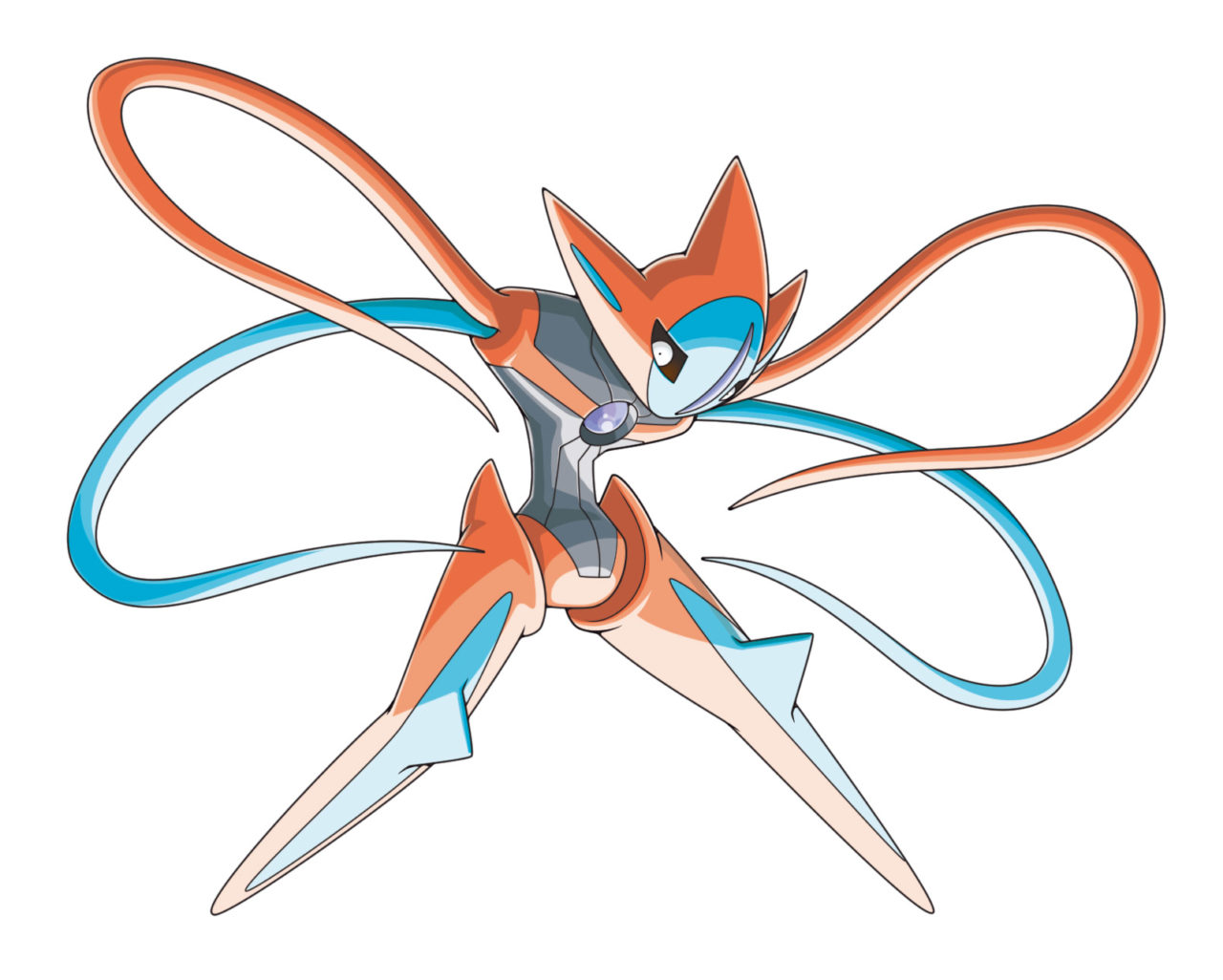 PR: Deoxys Returns and Clashes with Rayquaza in the Delta Episode of Pokémon Omega Ruby and Pokémon Alpha Sapphire

Embark on a new adventure and encounter Deoxys in the Delta Episode
Pokémon Omega Ruby and Pokémon Alpha Sapphire introduce a new story, the Delta Episode, which reveals the history of the Hoenn region and thrusts Trainers into a quest to save the world. The Mossdeep Space Center, a research facility for studying space and rocket science, discovers that a giant asteroid is hurtling toward the planet. Trainers must stop Team Magma and Team Aqua from attacking the facility. Meanwhile, a battle in space is brewing between the Sky High Pokémon Rayquaza and the DNA Pokémon Deoxys, a powerful Pokémon that can transform between four distinct Formes: Normal Forme, Attack Forme, Defense Forme, and Speed Forme. Rayquaza faces a fateful challenge that will determine the future of Hoenn.

Helping Trainers restore peace to the Hoenn region are Sootopolis City¹s Gym Leader, Wallace, and the Hoenn region¹s Champion, Steven, both of whom hold secrets to stopping the asteroid. Trainers will also meet Zinnia, a mysterious girl rumored to possess the key to the fate of the world. Zinnia wears a Mega Anklet set with one of the mysterious Key Stones, which allows her Salamence to Mega Evolve.

Encounter Legendary Pokémon Latias and Latios with an Eon Ticket
To catch the Legendary Pokémon Latias in Pokémon Omega Ruby, or Latios in Pokémon Alpha Sapphire, Trainers must first reach the Southern Island by acquiring and using an Eon Ticket. Eon Tickets will be distributed via the Mystery Gift function on the title menu. Codes for the Eon Ticket will be provided to Play! Pokémon organizers and North American StreetPass communities and will be active on November 21. Once a Trainer redeems an Eon Ticket in the game, the ticket can be shared with other players by activating StreetPass on BuzzNav.

Decipher ancient codes to encounter Legendary titans Regirock, Regice, and Registeel
Mirage spots are not the only place where Trainers can encounter Legendary Pokémon. Regirock, Regice, and Registeel, the Legendary titans of the Hoenn region, make their return in Pokémon Omega Ruby and Pokémon Alpha Sapphire. They can be encountered after Trainers decipher ancient messages scattered throughout the region. After catching all three of these titans and meeting other special conditions, Trainers can encounter and catch the powerful Colossal Pokémon Regigigas, said to be the creator of the Legendary trio.

Be sure to visit Pokemon.com/OmegaAlpha for more Pokémon Omega Ruby and Pokémon Alpha Sapphire news that will be revealed leading up to theNovember 21 launch.