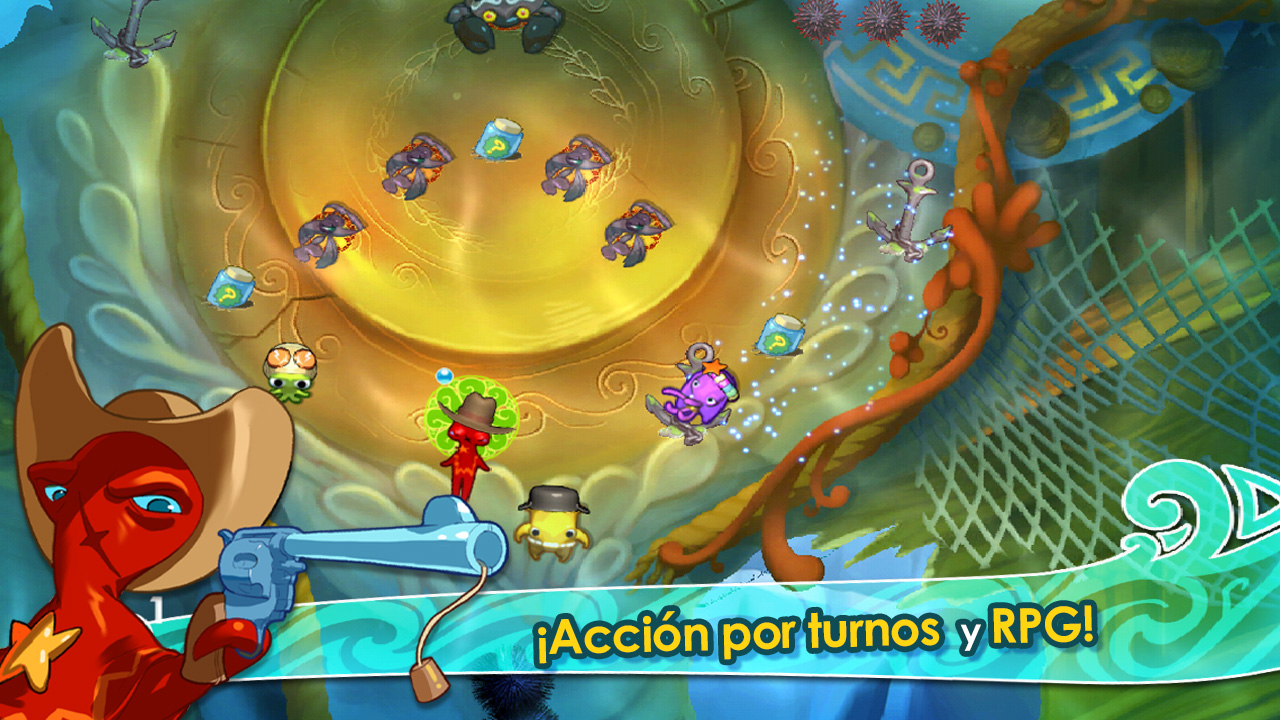 PR: Dive Into SQUIDS Odyssey RPG on Wii U and Nintendo 3DS This Spring

MONTPELIER, France – February 13, 2014 – Have a hankering for fresh squid? Skip the sushi bar and pay a visit to the Nintendo eShop instead when SQUIDS Odyssey arrives on Wii U™ and Nintendo 3DS™ this spring. In this fanciful role-playing game from The Game Bakers, an insidious black ooze is seeping into the Squids’ lush underwater kingdom, turning ordinary crabs and shrimp into dangerous monsters. For the first time on consoles, join a brave shoal of Squid heroes on their quest to protect their homeland.

In this tactical RPG, the heroes’ squishy bodies become their best weapons: simply stretch a Squid’s tentacles, then let go to fling it across the battlefield. Choose among 15 Squids in four classes, each with unique abilities and attacks, to build the perfect party. Then lead your team into turn-based battles against corrupted crustaceans using the party’s strengths, the environment, and enemies’ weaknesses to devise strategic attacks. The game’s captivating adventure storyline and 90+ missions promise at least 15 hours of gameplay, while 65+ stat-boosting helmets provide numerous ways to customize.

As the ultimate SQUIDS compilation, SQUIDS Odyssey includes two campaigns previously released on PC and mobile devices with tons of improvement and tweaks, along with a brand new campaign in the Japanese kingdom of Wakame. SQUIDS Odyssey also includes a new Squid hero named Oktoku and four exclusive themed helmets. The controls have been completely reimagined for the Wii U console: players can use the Left Stick to aim and shoot, go hands-on with the Wii U GamePad touch screen, or even play exclusively on the GamePad. The Nintendo 3DS version features a choice between the +Control Pad or the Nintendo 3DS stylus, plus a gorgeous layered 3D effect that shows off the Squids’ underwater utopia like never before.

“We originally conceived SQUIDS with classic Nintendo games in mind. It’s an RPG with a colorful world, a fun story, and simple controls, but lots of gameplay depth like in the Zelda games,” says Emeric Thoa, The Game Bakers’ creative director. “We’re thrilled that Nintendo has supported our dream of bringing our Squids to their hardware and can’t wait for Wii U and Nintendo 3DS players to dive in with these brave heroes.”