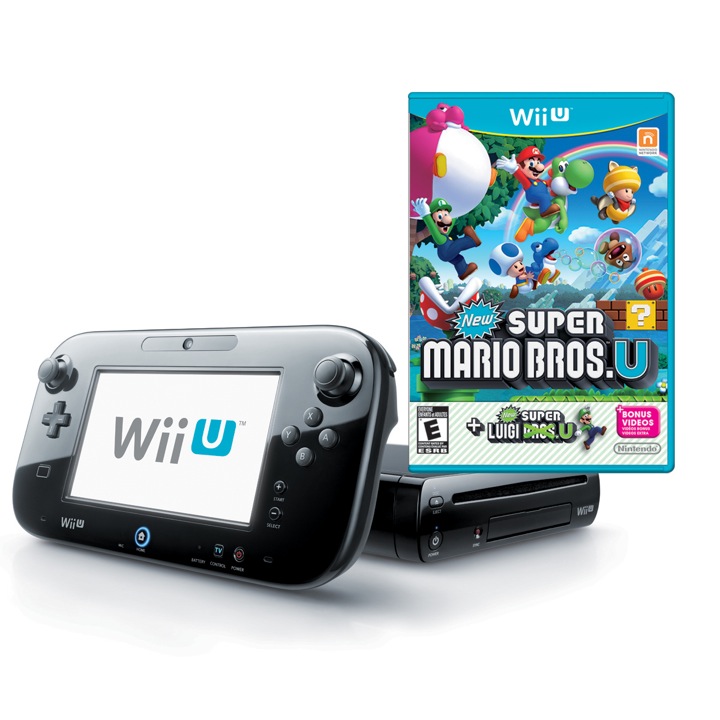 This press release from Nintendo basically summarizes a lot of things we already know but it puts it in a nice, condensed format.  For those that weren’t aware, the Wii Fit U trial, new Wii U bundles, and special edition Mario/Luigi Wii Remote Plus controllers went on sale today.  This is some great news for new Wii U owners and early adopters as well.  I know I’m gonna pick up both of the Mario & Luigi remotes and the Wii Fit U trial.  And for those that don’t have a Wii U, they can get the Skylanders Swap Force or New Super Mario Bros. U + New Super Luigi U bundle for $299.

Are there any folks that were waiting for a bundle like this to pick up a Wii U?  Who else is picking up these Wii Remote Plus controllers and/or Wii Fit U?

REDMOND, Wash.–(BUSINESS WIRE)– Nintendo has the best deals for the holiday season, and four of them kick off today. Nov. 1 marks the day consumers can find a lower price for Nintendo Land, a new Wii U hardware bundle, cool new accessories and a free trial for one of the most popular exercise franchises in video game history. These deals represent one of the many ways that Nintendo is bringing value and variety to consumers. If that’s not enough, an amazing new Wii U bundle featuring Skylanders Swap Force debuts on Nov. 15.

Today Nintendo launches a new bundle for the Wii U Deluxe Set that comes with two games – New Super Mario Bros. U and New Super Luigi U – all on one disc at a suggested retail price of $299.99. (Photo: Business Wire)

“Nintendo is making sure holiday shoppers have great deals and lots of choices,” said Scott Moffitt, Nintendo of America’s executive vice president of Sales & Marketing. “We have something for everyone on your shopping list, and we’re making it easy for you to beat the holiday rush and get started now.”

Values that start today include:

New Hardware Bundle Option: Today Nintendo launches a new bundle for the Wii U Deluxe Set that comes with two games – New Super Mario Bros. U and New Super Luigi U – all on one disc at a suggested retail price of $299.99. The new bundle becomes the default Deluxe Set model.

Wii Fit U Free Trial: Between today and Jan. 31, 2014, anyone with a Wii Balance Board accessory, a Wii U system and a broadband Internet connection can download a complete version of the new Wii Fit U game in the Nintendo eShop for free. The trial version includes the full Wii Fit U experience and will be free for a month from the day it is first played. Fitness fans can make the trial version permanent by purchasing and syncing a Fit Meter to the game. Fit Meter accessories are available online and at select retailers at a suggested retail price of $19.99 each. For more information, visit http://www.wiifitu.com.

New Colorful Controllers: New Mario-themed and Luigi-themed Wii Remote Plus controllers launching today make great, colorful accessories for Wii and Wii U. The controllers are now available at a suggested retail price of $39.99 each.

In addition to all of these great deals, the Skylanders Swap ForceWii U bundle launches Nov. 15 at a suggested retail price of $299.99 and includes everything needed to start the new adventure plus an assortment of Skylanders extras that will satisfy current fans and newcomers alike. The bundle comes with a white Wii U Basic Set, a Skylanders Swap Force starter pack that includes three Skylanders figures, a Portal of Power, trading cards, Skylanders sticker sheets, a collector poster and a Nintendo Land game disc.

Wii U has the best lineup of games for any home console this holiday season, with new installments in The Legend of Zelda and Super Mario Bros.franchises. Wii U games out now include Game & Wario, Pikmin 3, EarthBound, The Wonderful 101, The Legend of Zelda: The Wind Waker HD and Wii Party U. Games still on the way in 2013 include Wii Sports Club – Tennis and Wii Sports Club – Bowling on Nov. 7, Mario & Sonic at the Sochi 2014 Olympic Winter Games on Nov. 15 and Super Mario 3D World on Nov. 22.