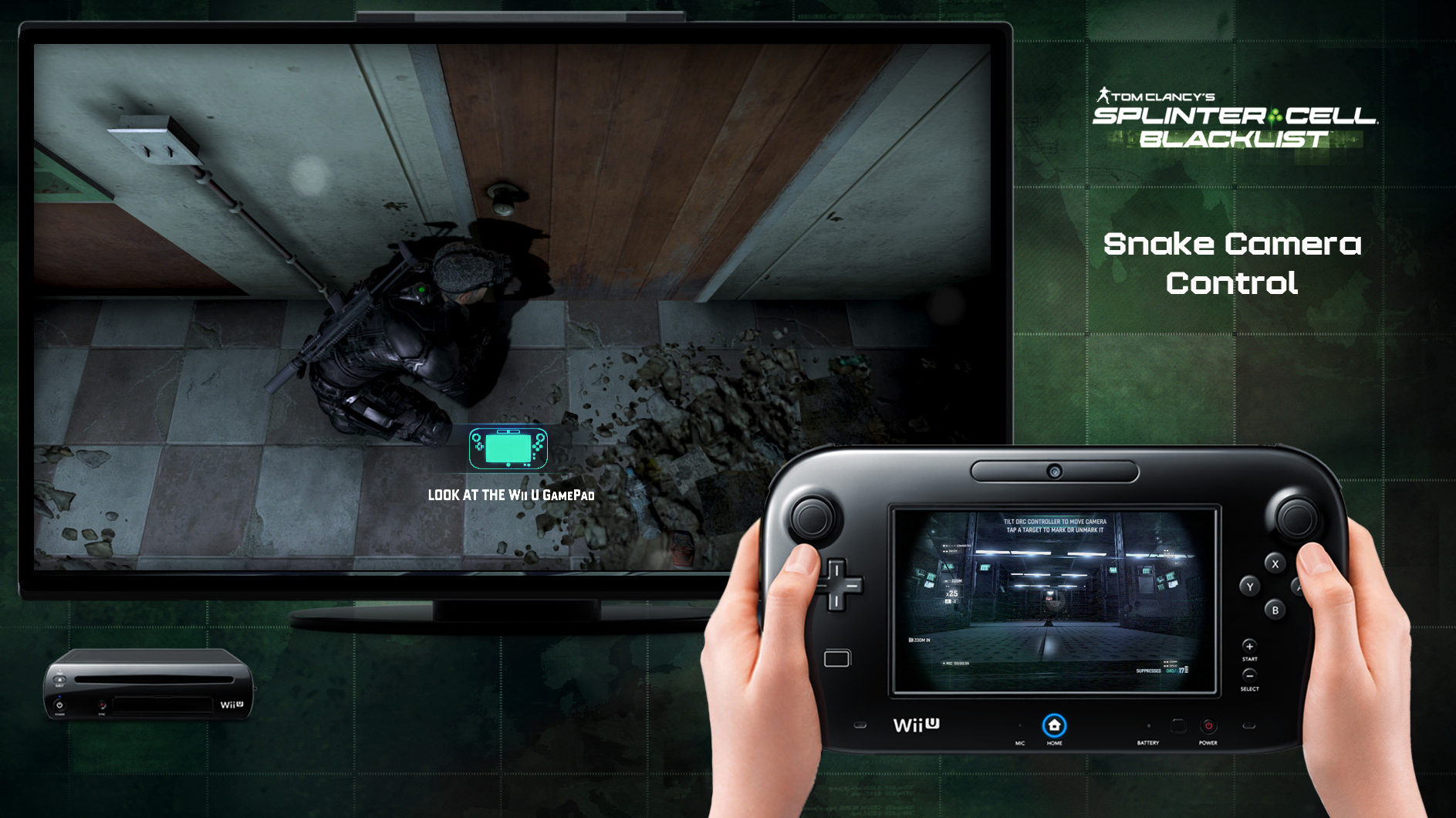 Nintendo Systems Offer Something for Everyone, Highlighted by Splinter Cell Blacklist from Ubisoft and Exclusive Planes Franchise from Disney Interactive

REDMOND, Wash.–(BUSINESS WIRE)– Nintendo’s third-party partners are bringing an impressive array of great games to the Wii U™ home console, including new games and exclusive information from Disney and Ubisoft®.

“Disney, Ubisoft and our other third-party partners have a great lineup of exclusive games and unique experiences for fans of all ages,” said Steve Singer, Nintendo of America’s vice president of Licensing. “Their creativity spans every audience and genre, creating new ways to play that can only be experienced on Nintendo platforms.”

Disney Interactive is bringing Disney’s Planes, a flying adventure video game inspired by the upcoming Disney animated comedy adventure film, exclusively to Nintendo platforms. The game will be available for the Wii U and Wii™ consoles as well as the Nintendo 3DS™ and Nintendo DS™ hand-held systems on Aug. 6, just a few days prior to the film’s Aug. 9 opening in theaters nationwide. The game will expand beyond the storyline of theDisney’s Planes film, offering players the opportunity to enjoy the thrill of flight as one of the popular characters from the film.

Disney is also bringing Disney Infinity to Wii U, Wii and Nintendo 3DS on Aug. 18. Disney Infinity is Disney’s new gaming platform that combines Disney’s most popular franchises with interactive figures that come to life in the game. Players can place real-world toy versions of their favorite Disney characters onto a device called the Infinity Base and transport them into the virtual game worlds of Monsters University, The Incredibles, Cars andPirates of the Caribbean, as well as into a giant Toy Box.

“Wii U offers our developers unique tools to showcase our fun franchises,” said Javier Ferriera, Senior Vice President, Publishing at Disney Interactive. “No matter which Nintendo system you own, every member of the family will have fun playing.”

Ubisoft confirms that Tom Clancy’s Splinter Cell® Blacklist™ is coming to Wii U on Aug. 20 in North America, Aug. 22 for EMEA territories and Aug. 23 in the UK. Tom Clancy’s Splinter Cell Blacklist on Wii U will deliver a unique gaming experience that puts players in the role of special operative and 4th Echelon leader Sam Fisher. Showcasing enhanced game-play features using the Wii U GamePad controller, Tom Clancy’s Splinter Cell Blacklist allows players to operate innovative gadgets, take out enemies and move through the environment, and intuitively switch between weapons, among other features. The GamePad touch screen, along with motion-based inputs, are sure to immerse fans and gamers alike in this thrilling modern-day adventure.

Additionally, Ubisoft brings Rayman Legends online for the first time with a new demo, including the full online challenge mode. The online challenge mode is made up of four levels, including “Murfy’s Dungeon,” exclusive to Wii U. New challenges are added daily and weekly, and each comes with its own individual leaderboards. The demo will be available in late April.

“Wii U gives both games a second-screen experience that fans will enjoy,” said Tony Key, senior vice president of Sales and Marketing, Ubisoft. “The genres are different, yet both games share fun game play and replayability.”

A partial sampling of other key third-party games available this spring and summer includes:

Games that will be available exclusively as digital downloads in the Nintendo eShop for Wii U include: