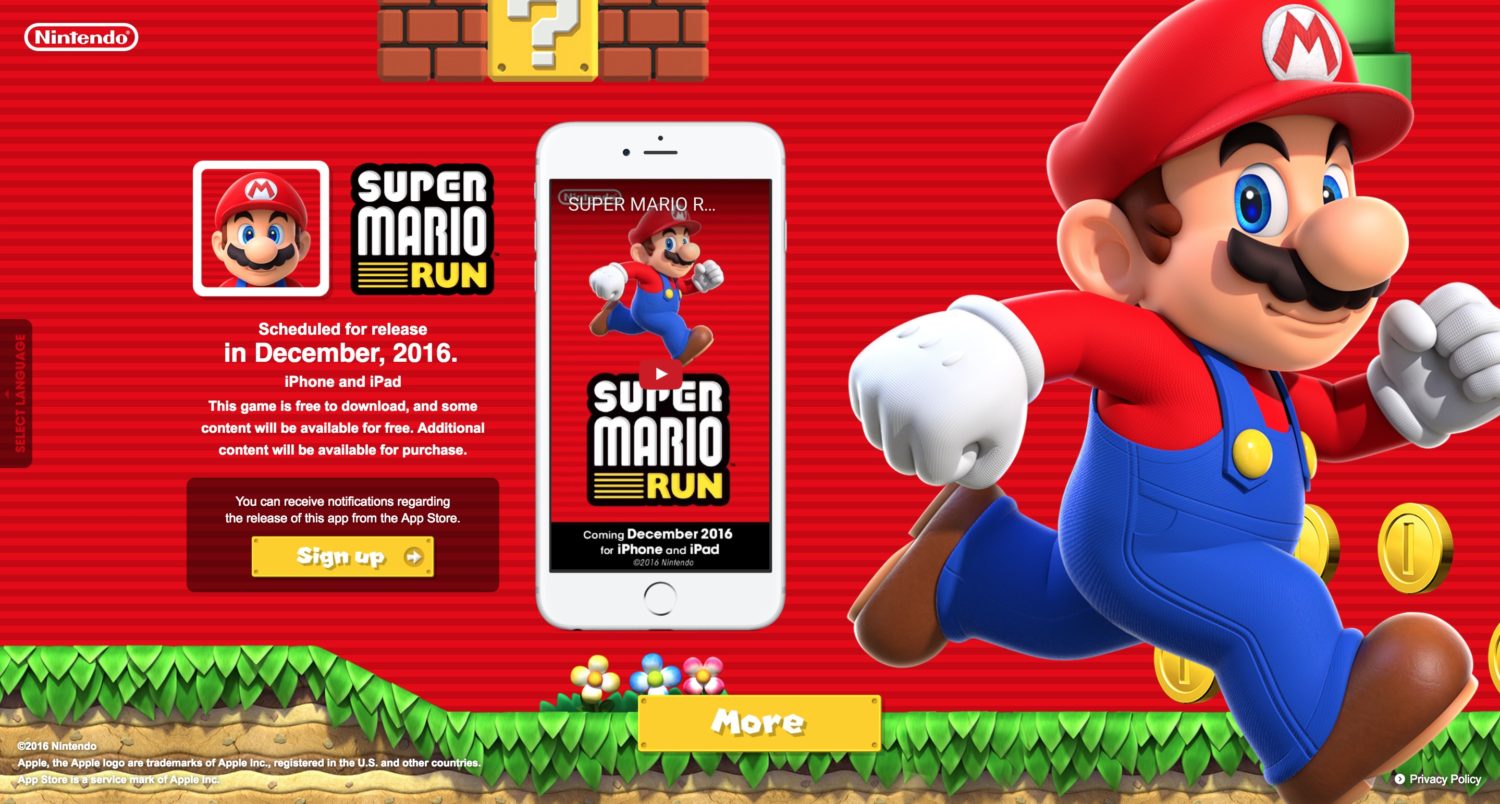 KYOTO, Japan–(BUSINESS WIRE)– The first-ever mobile game featuring the most iconic video game hero of all time goes on sale for iPhone and iPad on Dec. 15 in United States time zones. Super Mario Run can be downloaded from the App Store at no cost, and players can try elements of the game’s three modes for free. Once the game has been downloaded, a one-time payment of $9.99 (United States price) will grant unlimited access to each of the three modes in this release.

“The wait is almost over for a Super Mario game that can be played on mobile devices,” said Doug Bowser, Nintendo of America’s Senior Vice President of Sales and Marketing. “Developed under the direction of Mario creator Shigeru Miyamoto, Super Mario Run brings a new take on the series’ beloved action-platforming gameplay to iPhone and iPad for the first time.”

Super Mario Run is the first Super Mario Bros. game developed specifically for mobile devices. In the game, Mario runs forward on his own, but relies on the tap of a single finger to jump over obstacles, avoid enemies, pull off stylish moves, collect coins and reach the flagpole to complete courses.

For more information about Super Mario Run or to pre-register for the game, visit https://supermariorun.com/en/index.html.