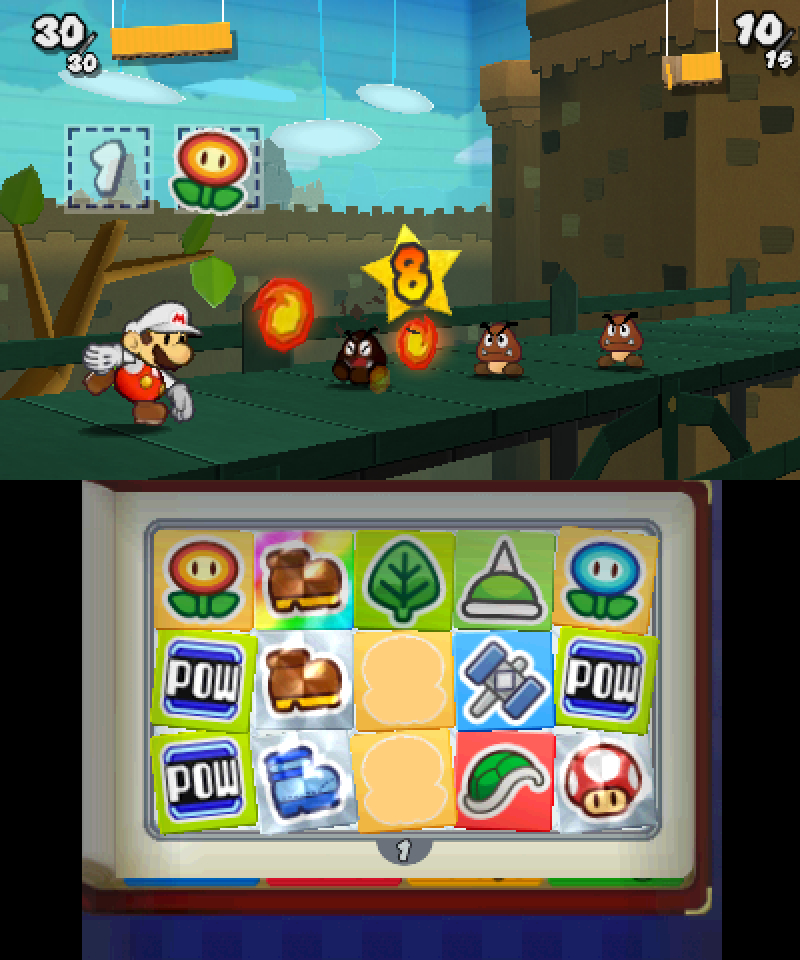 Prepare to be glued to your 3DS with Paper Mario: Sticker Star

8th November 2012 – Sticky situations abound in Mario’s return to a papercraft world, but for every puzzle blocking his path and every adversary that tries to oppose him, there’s always a sticker to solve the problem. The Paper Mario series is making its handheld debut in Paper Mario: Sticker Star for Nintendo 3DS across Europe from 7th December.

The adventure begins on the eve of the annual Sticker Fest in the town of Decalburg in the Mushroom Kingdom, where bothersome Bowser has caused the wish-granting Sticker Comet to explode. As a result, six Royal Stickers are scattered across the land and it’s up to Mario to set off on an action-packed adventure to try and recover them. Aided by his crown-shaped ally Kersti, Mario must travel to the far corners of the World Map and explore dozens of wildly different courses in his search for Comet Pieces and the Royal Stickers. Along the way he will lend a hand to many friends and battle with enemies big and small, peeling off stickers to boost his potential wherever he goes.

Stickers are all-important in Paper Mario: Sticker Star, both for solving puzzles and emerging victoriously from turn-based battles. During battle, every attack Mario performs requires the use of stickers, which become more effective at flattening his foes when the A Button is pressed with the right timing. Battle Stickers allow for all sorts of offensive and defensive moves, such as jumps, hammer attacks or POW Block hits. When Mario comes across mysterious 3D objects during his adventure he can turn them into Thing Stickers which can then be summoned into battle for a powerful – and often hilarious – effect. Players can also spend coins to activate the Battle Spinner and attempt to line up three icons correctly for a special bonus as well as the ability to use up to three stickers in a single turn. Using stickers creatively or in different combinations can have a major effect on how the battle plays out.

With Kersti’s help, Mario is also able to ‘Paperise’ the world around him – turning the 3D environment into a flat paper image to which, in certain places, stickers may be applied for a variety of helpful effects. Apart from Battle and Thing Stickers, Mario can also find and apply Scrap Stickers that permanently alter the environment by filling up a void, often allowing access to previously unreachable areas.

With most of Mario’s world made out of paper objects and cardboard scenery, the game’s 3D graphics provide a level of depth that reminds of looking into a diorama. Observation is the key to success, as while many stickers hide in plain sight waiting to be peeled off and put into the Sticker Album, others are cleverly hidden off the beaten path. Careful exploration can lead to the discovery of a powerful new object, a hidden doorway or an alternative exit to the course.

Featuring a jazzy, upbeat soundtrack and an all-star cast of characters from the Mario universe brought to life with the humorous writing the Paper Mario series is known for, the game is set to delight players from start to finish with surprising events at every turn.

Paper Mario: Sticker Star delivers an engaging adventure you will have a hard time peeling yourself away from when it launches across Europe on 7th December 2012, exclusively on Nintendo 3DS and Nintendo 3DS XL, both at retail or as a download from Nintendo eShop.