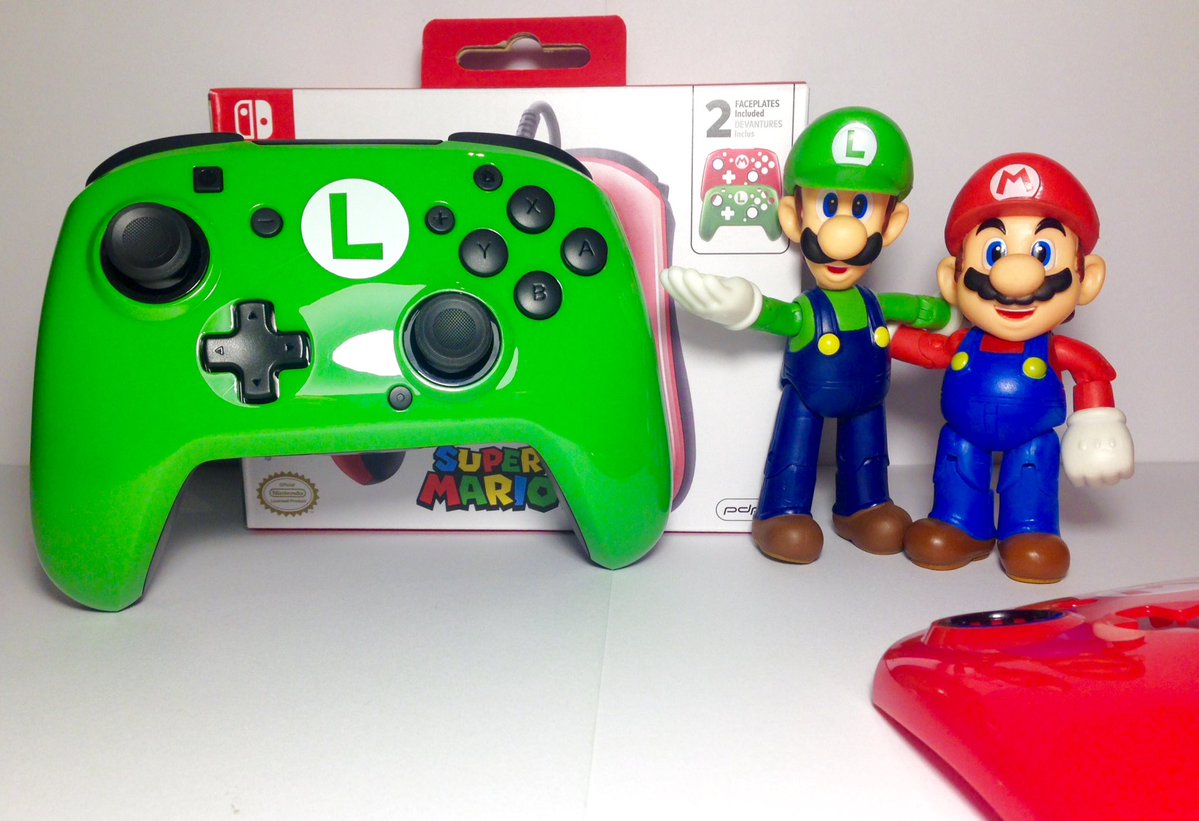 If you’ve been looking for a great alternative to the $70 Nintendo Switch Pro Controller and you want to add a little customization to your gaming gear, then look no further. PDP Gaming recently released a line of wired Pro Controllers that have the exact same shape and button layout as the original model, and as an added bonus they come with interchangeable faceplates. 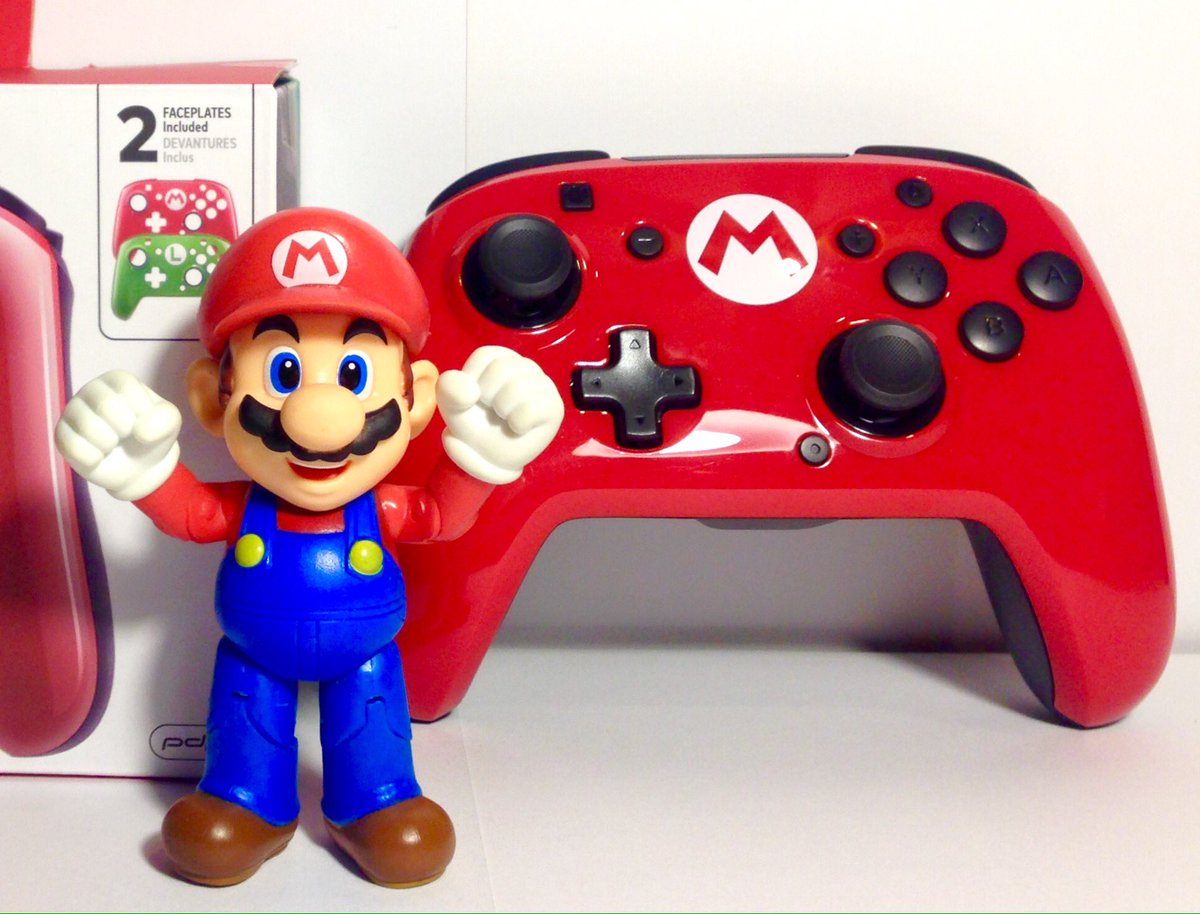 I really enjoy playing with the pro controller, and so does everyone else who comes to my house. So luckily PDP Gaming was nice enough to send me 2 of their new Face Off Wired Pro Controllers. While it may seem like a hassle to mess with cords, we can all agree that it’s really not that big of a deal.  Especially when you’re getting something so close to the original for such a good price. The black Star Mario design comes with the face plate shown and an 8ft detachable USB cable for $24.99. The Mario and Luigi bundle comes with 2 Face Off faceplates and a 10ft detachable USB cable for $29.99. 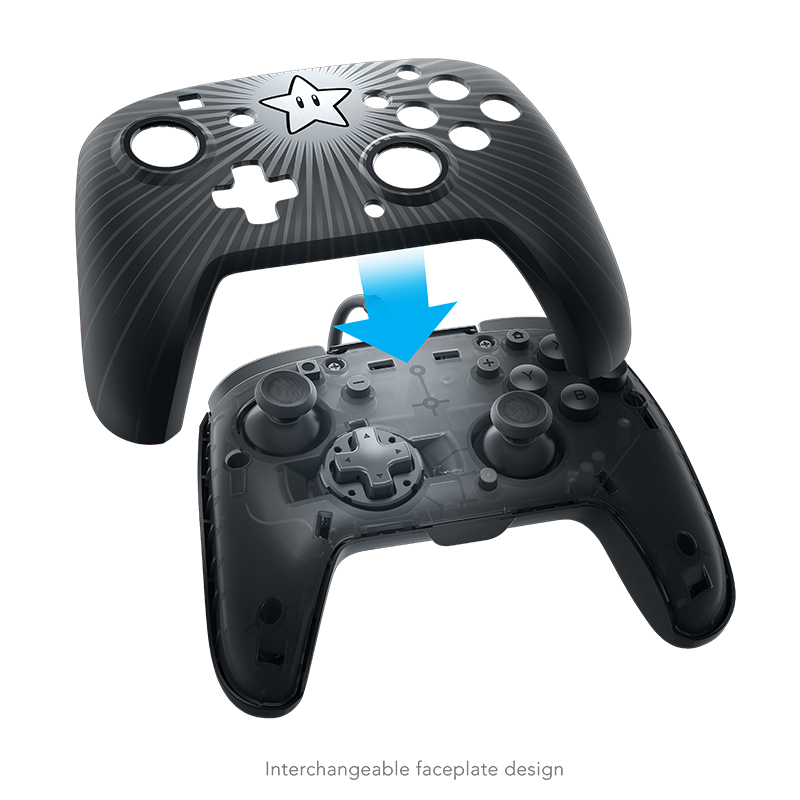 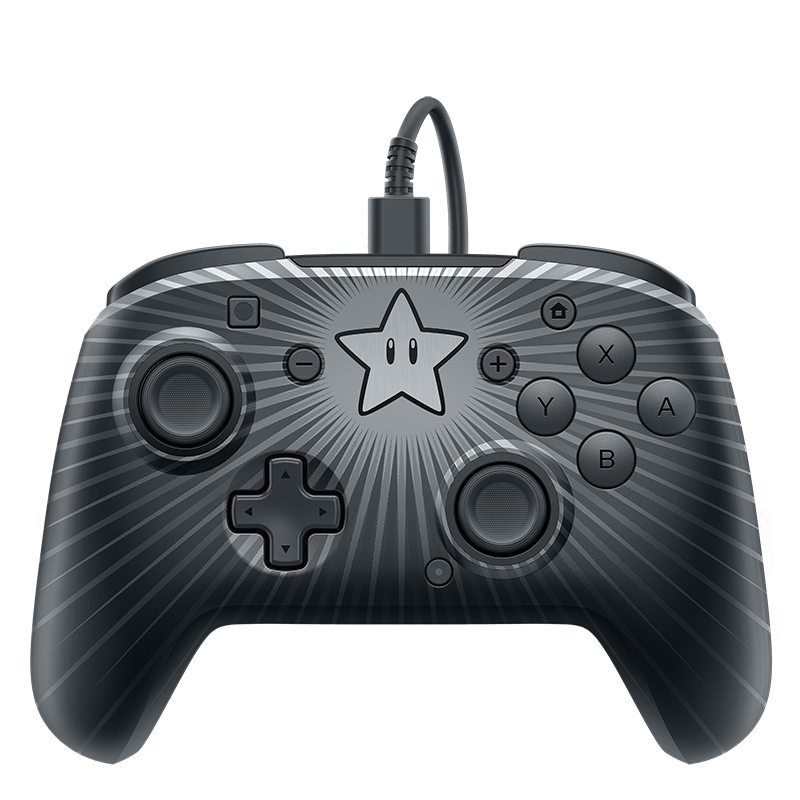 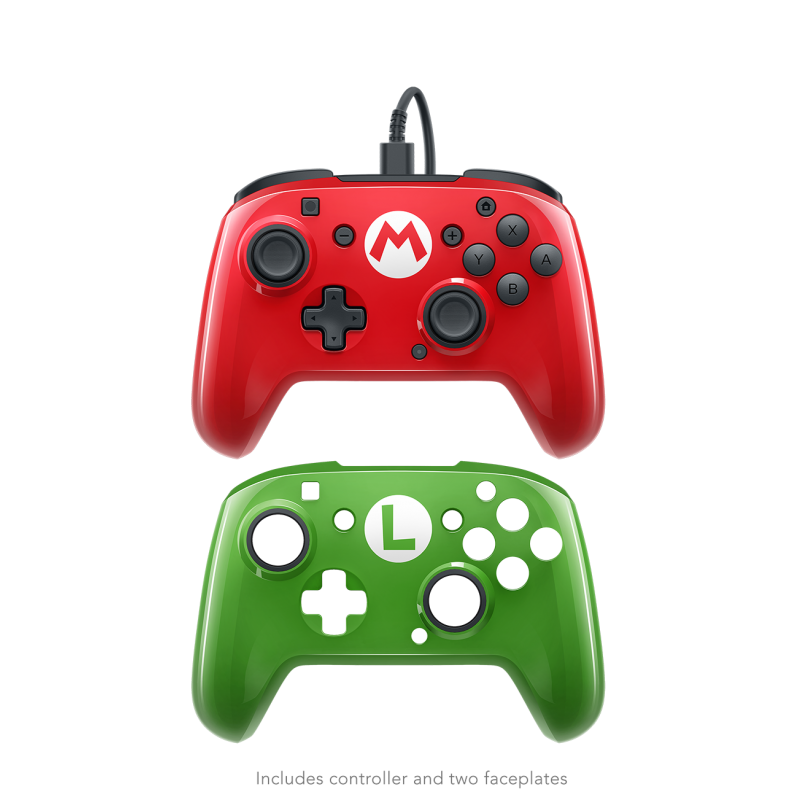 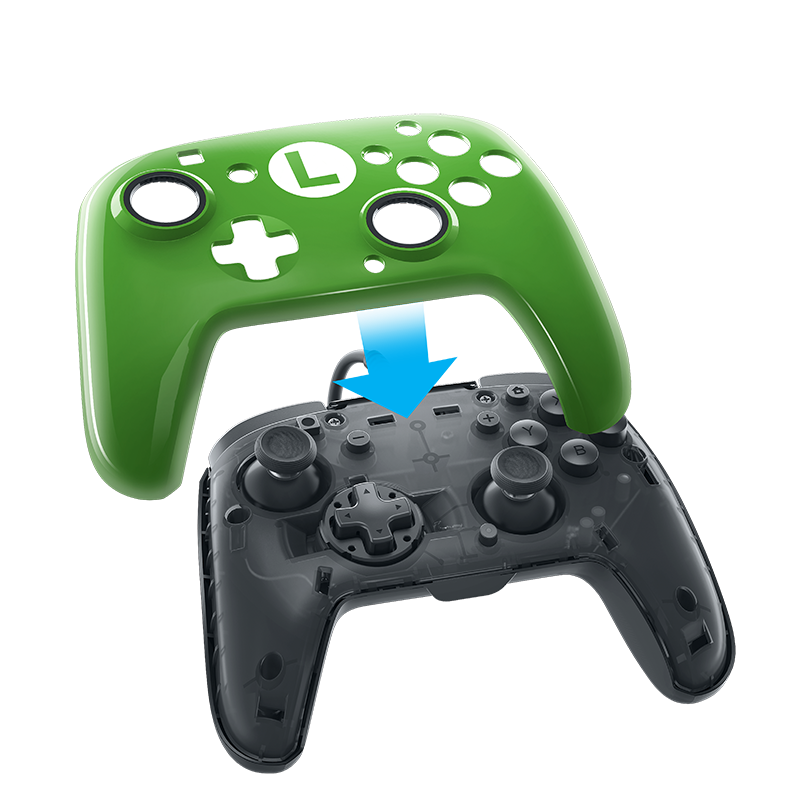 The only thing I didn’t care for was the weight of the controller itself. Since it doesn’t have a battery inside of it, it’s a lot lighter than the official version. Once you play with it for a while you get used to it though. It could also be kind of a good thing, if you’re hands get uncomfortable or hurt after gaming for a while. The buttons respond well and the joysticks are low-friction analog sticks, for smooth turns and quick movements. I was also surprised to find out that these have programmable, paddle-style buttons on the back of the controller for customizable play. So people who know how to do all of that “fancy stuff” will enjoy that. The best part in my opinion though is being able to customize the look of the controller with the different faceplates. All of the Face Off faceplates are compatible with each other, so I’m sure there will be more variations to choose from in the future. My favorite is the Super Mario one, but don’t tell Luigi that! 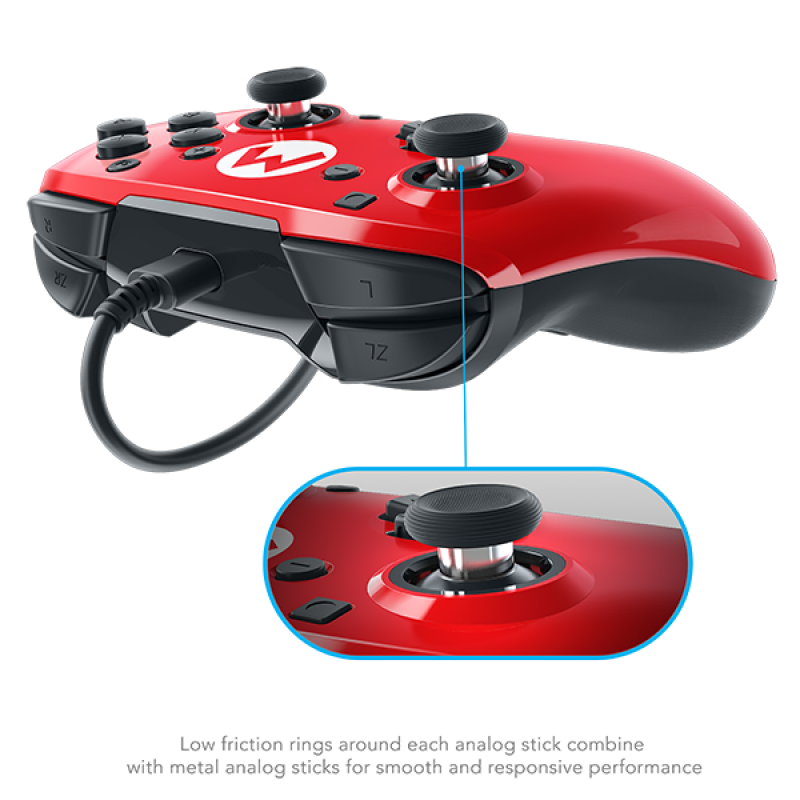 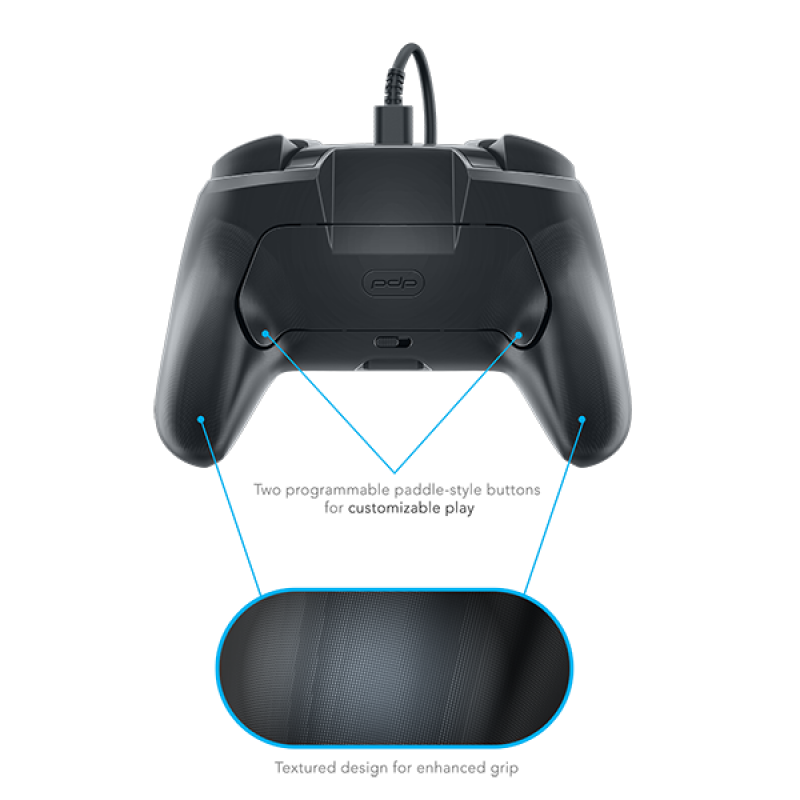 I almost forgot to mention one thing though. These controllers do not have motion controls. Which might be a deal breaker for some. But I don’t use any motion controls if I can help it, so I’m not missing out on anything. If you’d like some more info on each design you can find them here (Mario, Star Mario). Overall after playing with these for a few weeks, I can honestly recommend them as a great alternative to the official Nintendo Controllers. PDP has tons of cool Nintendo accessories so be sure to checkout all they have to offer and stay tuned for more awesome Face Off faceplate designs in the future! 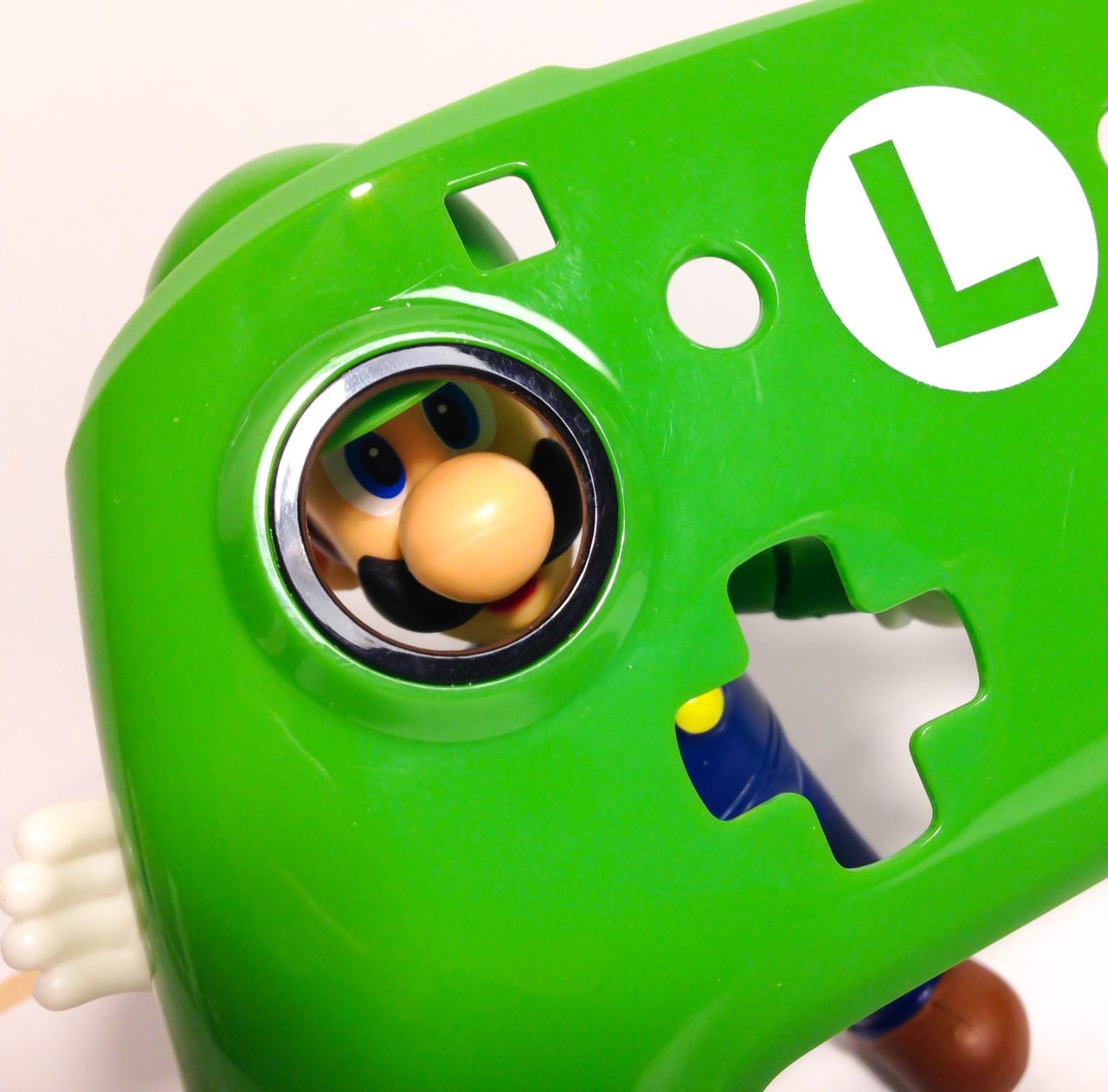