Today, Bandai Namco announced new playable characters for Project X Zone 2. The list of officially announced characters expands to add Ingrid from the Street Fighter Alpha series, Ryo Hazuki from Shenmue, and Estelle from Tales of Vesperia. The game will release on February 16, 2016 for Nintendo 3DS.

Project X Zone 2 will let you play as your favorite characters from a multitude of franchises including: the Tekken series, Tales of Vesperia, .hack, Resident Evil, and Devil May Cry, with many other still to be announced. Players form teams of characters hailing from these franchises and engage enemies through strategic turn-based battles.

Pure Nintendo reviewed the original Project X Zone in 2013. If you would like to read that review, feel free to click the link here. What new series do you think will be added to the ever expanding roster? Tell us in the comments down below. 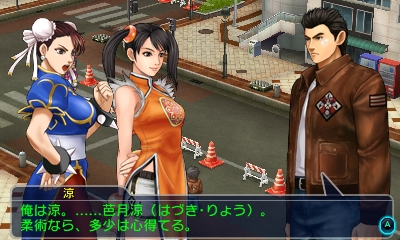