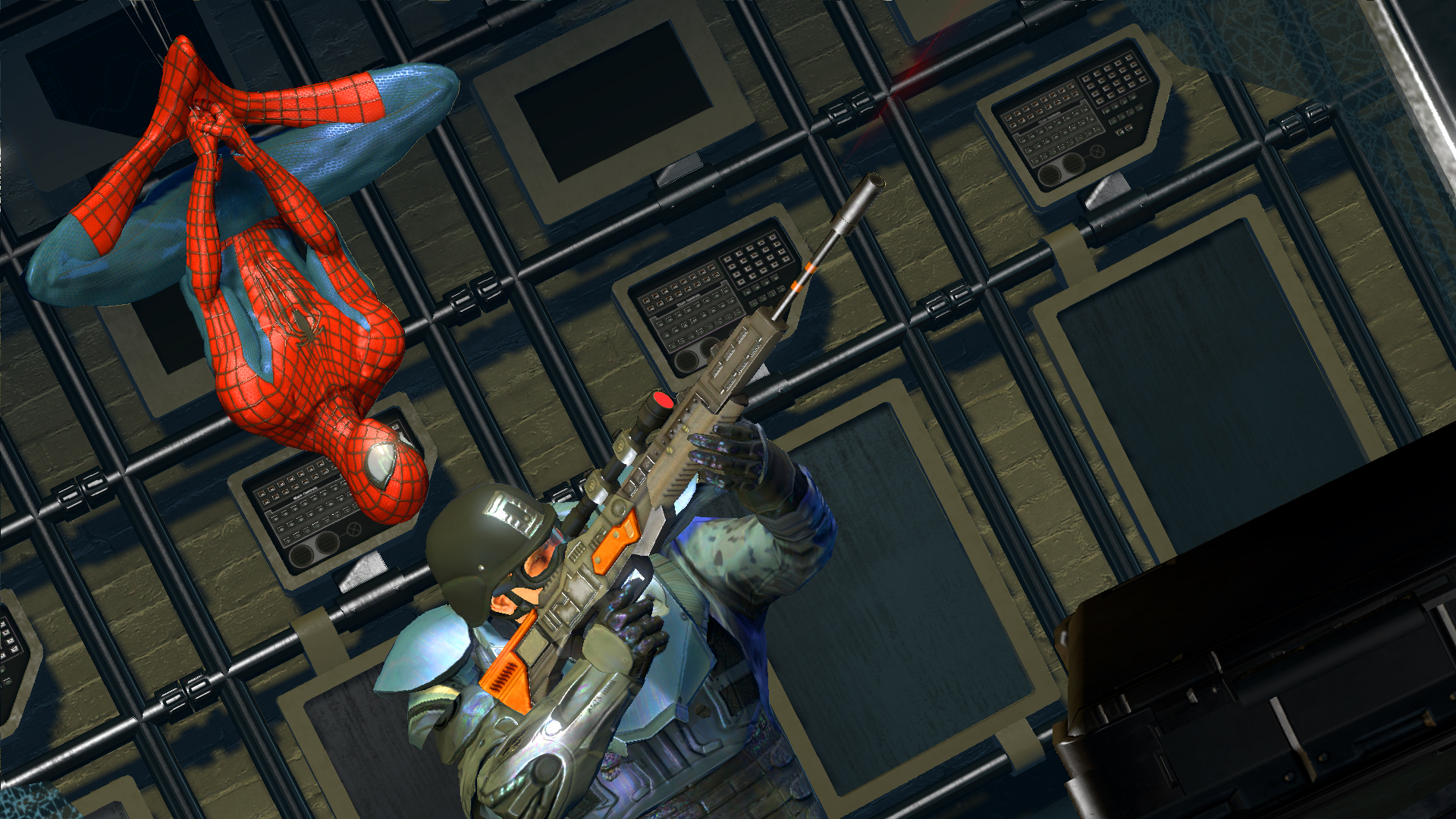 As we revealed last week, our February/March issue of PNM magazine will feature an exclusive interview and screens from the upcoming video game “The Amazing Spider-Man 2.”

Today, we have decided to share some of our interview with Stephane Gravel – Executive Producer at Beenox.

PNM: The Amazing Spider–Man 2 is said to coincide with the release of the Amazing Spider-Man 2 film. Will the game be a movie tie-in, or will it have its own original story?

SG: Obviously our game shares a name with the film, and a small portion of the story is inspired by it, but we’re crafting an independent story of our own with Marvel that will take place outside the events of the film. So while you’ll see some of the characters from the big screen version in our game, our story focuses more on a unique cast of heroes and villains from the broader Spider-Man universe, and the game itself is more of a sequel to our previous game and not an adaptation of the film.

PNM: Can you explain the story behind The Amazing Spider–Man 2?

SG: Well I’d like to leave a lot for the fans to discover, so I don’t want to say too much… We’re going to see Peter delve into the darkest corners of New York City. As the city erupts in violence and fear, Spider-Man quickly discovers that he’s not the only one hunting down Manhattan’s most wanted. Someone’s turning the criminal underworld on its head, and Spidey will have to confront the greater threats orchestrating that chaos. We’re trying to tell a more personal tale this time around, and that’s meant remembering that there’s an ordinary young man behind the mask of Spider-Man – Peter Parker is his own character, with his own history, and we’ve tried to inject that feeling into the game by giving Peter his own share of the story.

PNM: Tell us a little about the new “Hero or Menace” mechanic?

SG: The ‘Hero or Menace’ system came from a desire to instill some sense of weight – of consequence – to our open world Manhattan. I won’t go too far into the specifics, but the idea is to encourage players to care about the fates of average citizens and, you know, act like a super hero, by having the city’s crime rate influence some of the challenges throughout the adventure. So as a very basic example, you might find that when Spider-Man neglects his duties by allowing crime to run rampant, New York becomes a more hostile, dangerous place to be in. Conversely, there’s often some personal benefit for keeping bad guys in line and doing right by your town.

Make sure to check out the full interview, and more exclusive art and screens, in PNM magazine issue #15, out very soon!

Wait, you’re not a subscriber?! Well you can subscribe right HERE.