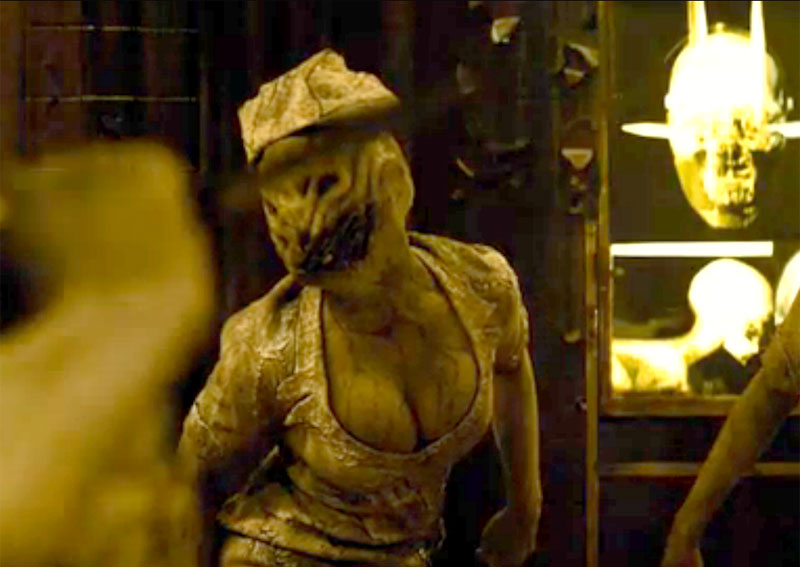 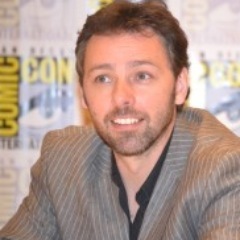 This is taken from a phone interview we had with Michael J. Bassett, Director of Silent Hill: Revelations 3D

PN: Can you talk a little about the game inspirations in the movie?

Oh wow, yes, my involvement with Silent Hill goes all the way to the beginning, I am a big fan of the games! I have been playing games for 20 odd years, probably before you were born (Editor’s note: I must sound young on the phone).  I remember Wolfenstein, Quake, and Doom, which were at the cutting edge of gaming.

In the mid-2000’s when the first Silent Hill game came out, for consoles, I remember just sitting with friends and watching them playing it and being completely freaked out. That was the first time a game has done something like that; where people are talking about it and how frightening it was. It (Silent Hill) pushed gaming into a new direction. It pushed the immersion level of gaming forward with its sound design and fantastic creatures. The story telling was complex and the mythology was there. It was doing a lot of things movies were doing. It was great. So when I got a chance to be involved in a movie version of Silent Hill, because I was a big fan of the first movie, and worked with the producer before, I was honored to work on it.

PN: What game in the series would you say the movie pulls from?

When we started production on Silent Hill we talked about which direction to go with the sequel. Which one of the games to adapt. Should it be the second or third game? We knew we wanted to do a sequel to the first movie with Sharon, the little girl. We thought we could do it five years later when she is all grown up as Heather. So with that story, Silent Hill 3 became the basis for the story of the movie. The key was to try and make a movie, which is a sequel of a movie and an adaptation of a game, and also appeal to an audience who doesn’t know Silent Hill. I do not think everyone will come to the movie theater with the knowledge of what Silent Hill is, so it had to work as a stand-alone scary movie as well.

There are a lot of elements in there but there is definitely the mythology of Silent Hill woven throughout the movie. 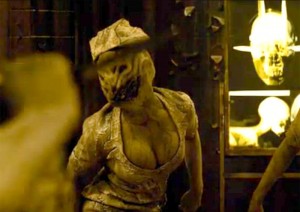 PN: Can you talk about the 3D aspect in the movie? How was it used?

The conversation to make the movie in 3D was done at the very early stages, probably before the script in many ways. When the producer approached me about it, I was a little concerned because I haven’t thought 3D to be all that good…in many moves. Avatar was the exception. A lot of live action movies have done 3D as an after thought. I am not going to name names but I am sure we can all think of movies that the 3D was pretty poor and we didn’t have a great experience. So I definitely wanted to shoot the movie in 3D, where it is woven into the story. That means we approach the movie in a different way, the way you frame shots, pace camera movements, all those elements are changed when you shoot in 3D. The great thing to do, when on the set, is to see the depth you are shooting in. There are things you can do with the technology which are exciting. I am not going to pretend it wasn’t a giant pain in the ass. Because the camera is big, you have to use certain lenses, there are things you cannot do with 3D, that can be done with traditional 2D cameras.

When I became impressed (With 3D tech) is when I realized what we could do with things in the 3D world we couldn’t in the 2D world. We can immerse the audience into the environment. Not just things coming out at you in the traditional cheesy horror way, which I think could be great fun, but also I can draw the audience in, like they are looking into a window of this world, particularly because the Silent Hill movies are constantly transforming (things are always happening). It was great way to use this technology.

I am very pleased how it all turned out. I really think the audience should see it in 3D because it was fully shot for that format.

Agreed, there is a big difference between movies that are shot in 3D and the ones that were done in post-production.

PN: What do you think the difference is in creating a story in a video game environment compared to a movie?

Oh yeah, it is a totally different thing, it is a different medium. The motion of picking up a game and putting it into a movie and retelling it with live actors just doesn’t work. I am a gamer, I am a film maker, and I love games and want great game adaptations. But they have to be done with the notion that movie story telling is a different experience for the audience. When I am playing a game I am actually being engaged in that game. I am making decisions and choosing what my avatar is doing and I want to see the consequences of my actions. When I am watching a movie I am passively experiencing the story. Which is a more classically human experience. We gather around the fire and listen to story tellers tell a story. When you got to movie theaters you have the flicker fire of the screen and that is telling us what is happening. So you are passively absorbing it, you are looking to be taken on the journey rather than make the journey happen yourself.

They are two different experiences. It annoys me a little when producers think they can just take Halo and make it into a movie. You have to find the right story to tell. You have to find a way for audiences to engage in the characters. It is always about telling an emotional story with a character, within a framework. The fact that Silent Hill happens to be a game adaptation shouldn’t make any difference on how I am telling the story. It is still about an actress giving me a human performance in the middle of that.

PN: What did you want to accomplish with a game-based movie?

Well, since I was a big fan of the games, I always wanted to put games on a screen. I personally wanted to say, “Hey look this is pyramid head, and this is that monster, and this is this world. For me as a fan, it was exciting to be able to play in the world of Silent Hill for real. No one really gets a chance to do that.

I wanted to find a way to bring more fans to the franchise. I wanted to make a horror movie that hasn’t been done in awhile. One of those big fantasy movies where you are creating new worlds. Those do not come along very often. So this was a huge opportunity for me.

I am very happy to add something to the cannon of Silent Hill. The games are hugely important to the history of gaming, as well as the graphic novels. I think the movies can continue that tradition of Silent Hill and bringing more Silent Hill fans into the fold.