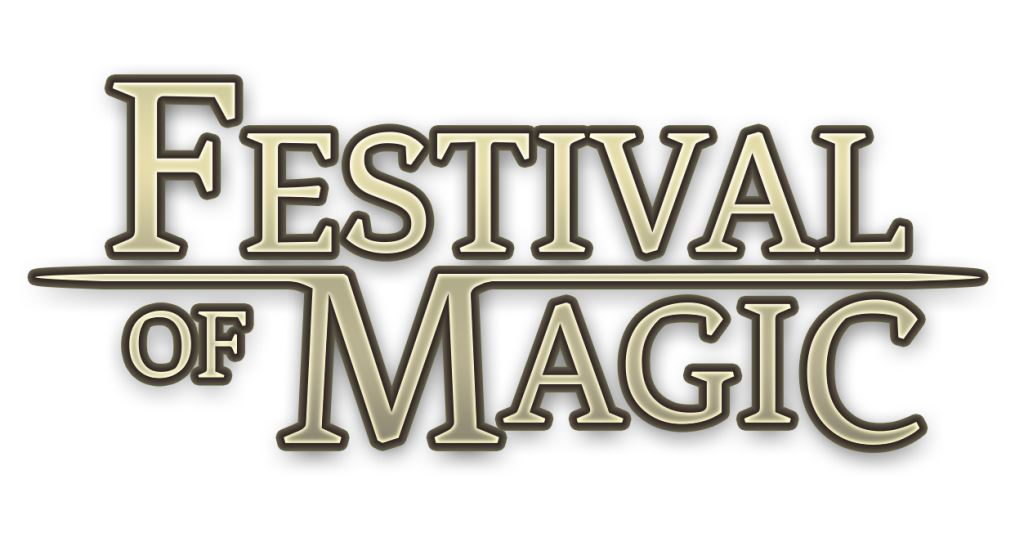 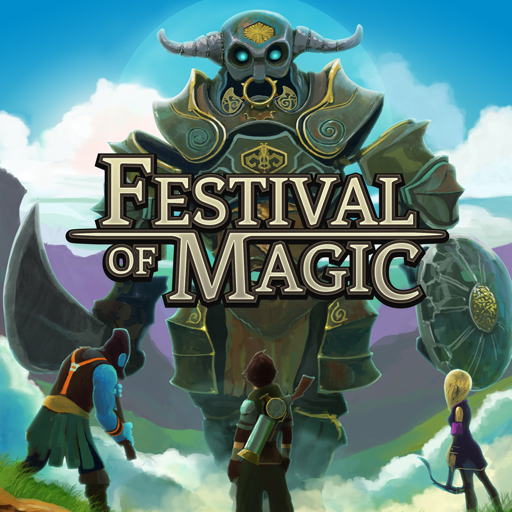 Pure Nintendo: What do you do at Snowcastle Games for the development of Festival of Magic?

Snowcastle Games: I work primarily as a concept artist, so I design environments, characters and monsters for Festival of Magic. The core team in Oslo is fairly small, so I’m involved in several more aspects of the game though. I get to give my input on game and level design and just about all the different aspects of FoM. I couldn’t be happier with my job!

PN: What is Festival of Magic about?

SG: Festival of Magic is an adventure RPG where you join Ive and Amon on a grand adventure on the world of Umbra, a planet that stopped revolving a long time ago. You’ll farm your own ammunition, solve puzzles, explore the world and work out who or what is responsible for what happened that made the planet stop.

PN: Did Snowcastle Games draw inspiration from any other RPGs or other games during the development of Festival of Magic?

SG: We’re all RPG players at SnowCastle. Between us we play everything from Final Fantasy through Shadowrun and XCOM to Mass Effect and Skyrim. We look at other stuff than games as well, like Pixar and Ghibli films for visual cues.

PN: Was there anything specific that Snowcastle Games set out to achieve when beginning development of Festival of Magic?

SG: We had just finished up our last production “Hogworld: Gnart’s Adventure” for iOS and wanted to step it up and make a full length game. We had a round table with everyone involved at that point and decided to make an RPG we’d really want to play ourselves. We missed the old school turn based approach for combat and decided to have that in our game, and looked to both Studio Ghibli and Pixar for inspiration for the visuals. In short: make the RPG of our dreams!

PN: How will Festival of Magic differ from the many other JRPGs already available on the market?

SG: The harvesting mechanic springs to mind of course. In Festival of Magic you grow and harvest your ammunition. You have your homestead, Plumpet Island, where you grow spuds and tend to Barnacles in order to stock up before heading out to adventure. You’ll be able to teleport back through portals scattered throughout the game to manage your homestead without having to break off on your adventuring. We also have an idea about managing character progression through the Plumpet farming, but we’ll have to come back to you on that one.

We think the pairing mechanic is cool too. The combat party is made up of pairs. Each pair is made up of a warrior and a protector that function as a unit. The warrior deals direct damage, while the protector functions as support with healing magic, buffs and debuffs as well as devastating combo attacks where both the protector and the warrior are involved in an attack.

PN: Snowcastle Games was an official Wii U developer prior to the Kickstarter campaign. Why did Snowcastle decide to go with Kickstarter after having putting so much into Festival of Magic?

SG: We’ve spent a lot of time and money on developing tools with which to build Festival of Magic, and making the alpha version. Now we’re at a point where we are going to start working on content, story and building the world. We need money to do so, and while we are talking to investors about funding we want to stay as independent as possible. We would like to retain creative control of our project and not be forced down a road we’d rather not take. This is why we chose kickstarter. That and of course the direct contact we get with our players and fans through the campaign!

PN: What made Snowcastle Games decide to bring Festival of Magic to the Wii U?

SG: We always thought that Festival of Magic felt like a game that fit with Nintendo right of the bat. We are making a colorful, vibrant game that builds on tried and tested mechanics partnered with a great story and iconic characters. These are all things that are part of the great games we love from Nintendo, and made us want to see our game there as well!

PN: Is Festival of Magic being developed primarily for the Wii U or is it being ported?

SG: We use Unity3D for development, so we’re not porting. Unity3D gives us the opportunity to deploy directly. We will be spending time on finding ways to use the Gamepad so it doesn’t feel tacked on or gimmicky.

PN: How far along is the Wii U version of the game?

SG: We have the game in it’s current state up and running on our dev kit. The WiiU version and the PC/MAC/Linux version are essentially identical visually. We’re currently thinking about and prototyping ways to use the gamepad intelligently.

PN: Festival of Magic looks great in the video. How much work did it take to get such great graphics on the Wii U?

SG: We’ve worked a lot on the visuals. From the concept art through to the shader tech we’re using. We try to think about optimization for performance throughout our process to make the game run efficiently, so we’re spending a fair amount of time on that as well.

PN: Will Festival of Magic include any unique features that use the Wii U GamePad?

SG: We’re still thinking about and designing how to make best use of the gamepad. We hope to be able to use it to enhance the game experience.

PN: Will there be anything in Festival of Magic that is specific/exclusive to the Wii U version of the game?

SG: We want the game to be the same across all platforms as far as gameplay and content. The gamepad will of course offer unique ways to interact with the game for the Wii U version.

PN: How has the working relationship been with Nintendo?

SG: Our relationship with Nintendo is great! Our main contact has been Dan Adelman of Nintendo Online America, and he has been great throughout the process from the initial talks through fast tracking us as a Nintendo developer to getting the dev kit set up. They’ve been helpful and very accommodating.

PN: What is your favorite thing about Festival of Magic?

SG: For me, as a concept artist, it has to be the way it looks. It’s a world that invites exploring! That and the no-frills turn based combat. I played the heck out of Final Fantasy VII and more recently I’ve really enjoyed Firaxis’ “XCOM: Enemy Unknown” and Harebrained Schemes’ “Shadowrun Returns”, all of which feature turn based combat without time based stress elements.

PN: What has been your favorite part of the development process?

SG: I love when I see an environment or character that have existed for a while only as a drawing on our screens get inserted into the game. Seeing an area or character come to life is incredibly rewarding!

PN: Is there anything that may have not been revealed about Festival of Magic that Snowcastle would like potential players to know about the game?

SG: We’re pretty open about our development process with our dev blog and all. I don’t think I can talk too much about what will be revealed without spoiling anything.. haha.

PN: What platforms is Festival of Magic currently going to release for?

SG: We’re currently coming out for the WiiU as well as PC/MAC/Linux through Steam. We’re talking to others as well, but those are the ones that are confirmed.

PN: Does Snowcastle Games hope to bring Festival of Magic to other platforms like gaming handhelds?

SG: We haven’t talked about handhelds so far. We’ve always looked on Festival of Magic as a game for consoles and desktop gaming, however I’m not going to say we’re not going to look at handhelds at some point. 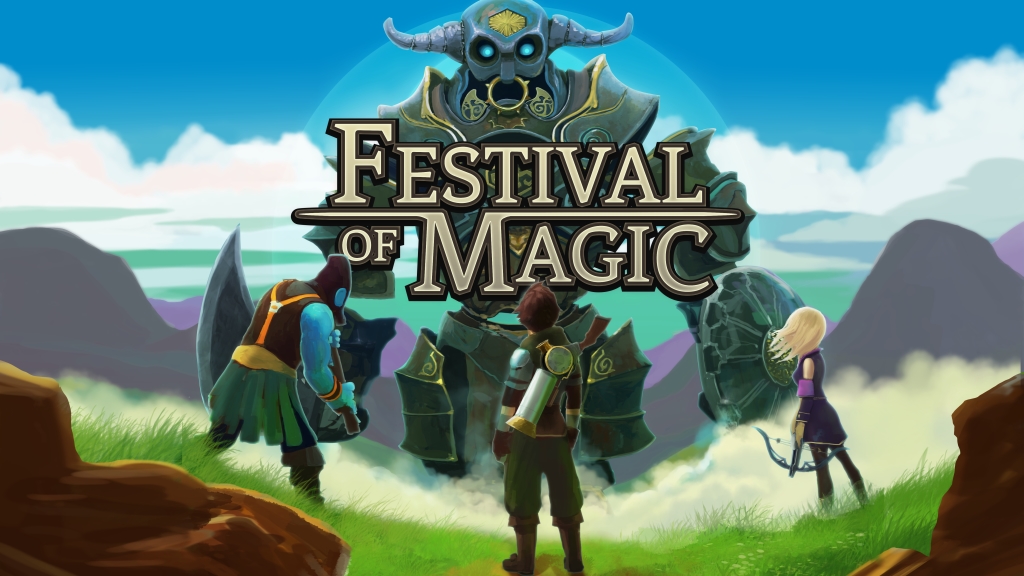 PN: Does Snowcastle Games have any tentative release dates or goals set for the Wii U version or other versions of Festival of Magic?

SG: I don’t want to promise a date, but we are hoping to have the game in the players’ hands in Q4 next year.

PN: Thank you for taking the time to speak with us. We wish the best of luck to everyone at Snowcastle Games with Festival of Magic and Kickstarter.

Support Snowcastle Games and their upcoming Wii U game, Festival of Magic, by visiting their Kickstarter and making a pledge!