PN: Circle Entertainment has recently released two great puzzle games on the 3DS eShop!  Let’s start with Quell Reflect – what drew Circle to the game?  Have you been pleased with how people have responded to the 3DS version?

Quell Reflect is a charming game that we first played a year ago.  When we feel pressured, we play it and it makes us feel peaceful.  We’ve noticed players are liking the game also, and they are also looking forward to our bringing other Quell games to 3DS. 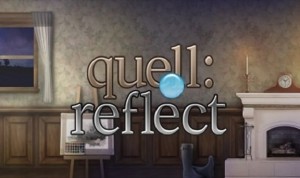 PN: Count me in among those who’d enjoy seeing more games from the series make the move to the 3DS eShop!  How strong a possibility is that?

We’d be happy to, and are thinking if it’s possible.  A successful title must be pushed more in both the width (multiple platforms) and the depth (sequels).  There has been a lot of sequels in the 3DS eShop, but some titles can’t provide good content in the sequel because the gameplay has no point to expanding yet.  So a sequel might become some sort of DLC with additional levels and different art style.  The most important thing is players can choose whether to buy or not – it’s an option.  But I’ve doubts about only changing some levels or artwork – it would probably give a bad impression for this title.  But we are always serious when thinking about publishing sequels, Quell included.

PN: Moving on to Tappingo, it’s Hugo Smits’ 3DS debut.  As a company whose published some of his prior award winning hits on DSiWare (Ace Mathician & Color Commando) could you share with us some thoughts on him as a developer, and the software that he creates?

Hugo has proved he has talent in game creation, especially cool puzzle games.  He has concepts in mind at any time.  I remember whenever he’s gotten ready to start a new project, he always prepares some details for us which help us to understand his idea.  We will share some thoughts with him as well, even if most are unimportant.  The key points are gotten quickly, and he is a good creator who takes duty and responsibility for his own ideas and projects.  Sometimes ideas are very rough, but once certain that they can be executed they can be real fun.  Hugo is a man always in action. 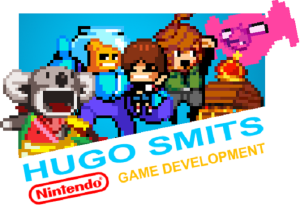 PN: Both Quell Reflect and Tappingo are selling at budget prices, and Circle is known for putting out fun games that don’t cost much.  How do you decide what to price a game at, and is affordability something that you always aim for?

To be honest, hard core gamers can afford any game so long as they love it.  The proper price can give an excuse for casual gamers to choose a game.  We target different players such as parents, children, students, and girls.  If a game is selling cheaper players might be thinking it has nothing worth playing.  If it’s expensive, then we can’t expect players would like to try it.  Compared with other eShop puzzle games, an average price will be a common concept to buyers.  We make games that we want everyone to like, and we also want revenue to support our developers continuing their creations.  It is all a balance.

PN: Circle has published many 3DS eShop games, in multiple regions.  What advantages does the eShop offer over other digital formats, including Nintendo’s own DSiWare?

DS digital development started in Japan, and we have developed for DSiWare since 2009.  At that time DSiWare was a really good market, and most of the games were quite simple.  After a few years the games became many, and the competition started between a few publishers.  The Japanese eShop has always been getting a good response because people like the DS library, or should I say people like Nintendo.  We do agree that DS provided more good quality games.  Even when the price was more expensive than smartphone, the competition was less as well.

The eShop provides balance to developers and publishers, that helps people easily find out about some titles.  I mean, you can check any new games every Thursday, correct?  Compared with smartphone that has so many games released every day, how can we make sure our games can have longer exposure?  I won’t say that any game released on 3DS will have satisfying sales (in some cases it will) but good quality can always be a winner.

PN: Speaking of DSiWare, what’s the status of the Dream series?  How is the transition from DSiWare to the 3DS eShop going?

We are still working on the Dream series.  Last year we decided to remove it from DSiWare after consideration.  3DS has better performance we know, so the first Dream game will be coming in late summer.  It is something we are still re-building, and we want to optimize the game to be better.

PN: So what’s next for Circle Entertainment?  What games should we be keeping an eye on in 2014?

I think you won’t expect the Harvest December novel series right? :)  We’ve released this series every month, and some players have asked us to bring it into Western, but we are still not confirming this yet.  The development schedule depends on the schedule of the translator.

And we just added Witch & Hero 2 in our schedule.  A few games are in development by the other developers as well, but I can’t share all information to the public at this moment.  But one more thing I can confirm is that Castle Conqueror will have new series coming this summer. :)

PN: Thank you very much for much for this interview Chris!  Any parting words you’d like to share?

CIRCLE always likes to bring more games to everyone, and help indie developers.  The good news is we have many developers that are working on their best creations now.  They are working harder than most people can imagine, so we hope everyone can give then some encouragement, suggestions, and support.  It’s a small but precious thing for the smaller development teams.  Thanks Trevor and Pure Nintendo readers.