As promised, here is an interview about the Kickstarter hopeful RPG Elodia.  Eli Brewer of TreeFall Studios answers my questions, and even shares some exclusive news you won’t find anywhere except Pure Nintendo.

Pure Nintendo: Please tell our readers a bit about yourself and TreeFall Studios …

TreeFall Studios is an independent development company that is currently consisting of myself, Eli, and my partner Joseph. We are two college students currently enrolled and finishing in completing a Simulation and Game Development Major! We are having a slow start in generating a decent sized fan base on which we can successfully function and operate on. Our company is committed on bringing natural and great gaming experiences in the face of all obstacles.

PN: You mentioned your game Elodia being based on a true story.  Can you expound?

Parts of the game are based on a true story! For example many of the characters, but not all, are based on real people!  Parts of the story and character interactions have been inspired by actual events, yet the game and plot line have mostly been created separately.

PN:  Many RPGs have become clichés in this day and age.  How are you going to avoid the common trappings?

Many RPGs have become cliché with many factors! We are going to try to stay away from most of them, but I am sure, since there are so many, we might run into a few! We have played many RPGs and we plan to make ours like no other. That is the only way I believe we can avoid clichés.

PN: Are they any RPGs that you’ve drawn inspiration from for your game? What are your personal favorites?

We definitely have many RPG favorites out there! The most prominent game that has been an inspiration to the creation of this concept, Elodia, is Xenoblade Chronicles for the Nintendo Wii. That game was absolutely amazing. It was covered in detail, gorgeous environments, hours of game play, perfect soundtrack, and a story and characters like no others. This would be the one RPG adventure to inspire this game.

PN: Well, since Xenoblade Chronicles is well known for combining sci-fi with fantasy, are you aiming for a similar balance with Elodia?

Xenoblade Chronicles does do an amazing job of combining sci-fi and fantasy! This game is going to be slightly different; it is based more on the fantasy side of things! Some futuristic events might occur in the game, but all will be explained by magic and mystery, not sci-fi and machines.

PN: Your ambition for the game sounds pretty massive.  How do you hope to accomplish it all as just 2 people without much experience?

The game is massive. It is a lot for two people certainly so. A little reassurance though, we are both extremely determined and hardworking! We would do whatever it takes to create this game to the best of our abilities! Also, two to three other members shall be added to the team if funding goes the way we hope! So in my eyes, I see a six person talented indie team who will do anything to make their mark on the game industry, I believe we can succeed!

PN: So you have a team lined up to help?  Could you elaborate just a bit on their gaming background?

I do have a team lined up! Currently it is only me and my partner! There are a few more programmers that will be added to the team, possibly, if enough of the funding goal is met. My partner, the artist and programmer, has a rich gaming background. He grew up playing the SNES starting off with The Legend of Zelda: A Link to the Past as his childhood gaming experience! Other favorite gaming experiences of his include, Banjo Kazooie on the Nintendo 64 and currently The Legend of Zelda Skyward Sword for the Nintendo Wii. Many Nintendo titles also influence his background as well as mine! I will not mention the other two to three members yet, since they are not officially part of the team, thanks for understanding! 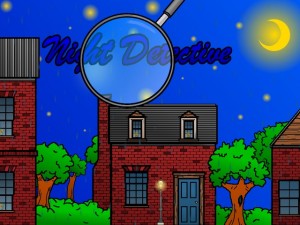 PN: What prior game(s) have you worked on that people could look at?

Prior games we have created are still all in the process of finishing development and distribution! If people would like to see examples, we would like to send them to our Facebook page at www.facebook.com/treefallstudios  where we upload all new footage and information about games! Links to our games and their steam profiles are all posted on our Facebook. Our first title, Night Detective shall soon hopefully reach online browser play, and our second title, Journey of a Special Average Balloon is currently undergoing a Steam Greenlight campaign and development shall be finished soon! Footage from all our games can be viewed on our Youtube Channel at www.youtube.com/treefallstudios  Also my partner has developed mod Call of Duty Zombie maps in his past development period. 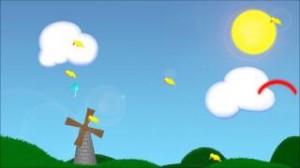 PN: Kickstarter is playing an increased role in game development.  What are your views on Kickstarter?

Kickstarter is the only reason TreeFall Studios may survive. I, along with my partner have responsibilities. We have families, jobs, school work, and bills…yuck. We have occasional time to work on new games and ideas here and there, but we do not have the time to develop entire games like we wish, without having a substantial source of income. That does not just appear in this day and age, and we certainly have not found it yet! Kickstarter however gives us the opportunity to put our ideas out there for others to see and if they like the concept or game, then they can become part of the development! They have the amazing ability to become part of the crowd that helps fund the development of our games and gives us the Kickstart we need to get our foot in the door of the game development world.

PN: Please share with us your thoughts on Nintendo …

Our thoughts on Nintendo? Perfection. Nintendo is the greatest game company in the world. In existence and the greatest that ever will exist. They make experiences and connections, not just games. They constantly innovate while other companies remain stagnant. They might not always have the strongest hardware available but by far always the most innovative and versatile systems out there. They, as a company, put heart and soul into what they do. As you can tell, we, as a company, prefer to have our game placed on the Nintendo eShop over all other options.

PN: The Wii U has a reputation for being very friendly to indie developers.  Is that what drew you to them?

There are many factors that drew us to Wii U. One, we love Nintendo, plain and simple. Two, the Wii U Gamepad. We are already seeing many ways the Wii U gamepad controller can innovate and drastically change our game play. I will not go into major detail, as this spoils some surprise and not all things have been ironed out. Three, the new and improved Nintendo eShop is very indie friendly! 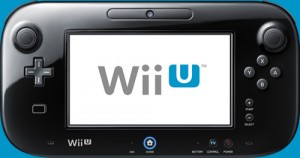 PN: Is there anything that you could reveal exclusively to Pure Nintendo?

The game takes place in the mystical continent of Loria. Loria, like it sounds in the name, is a land filled with lore and ancient legends. The game will be riddled with so much backstory that it might make your head spin! This is important because it gives players the opportunity to customize their game play. Some parts of the story will be hidden in side quests, giving extra length to those who wish to reach 100 percent completion and discover more parts of the story.

Taran, a manipulative and deceiving woman, is a character who previously has not been announced. She also plays a major role in the start of the game.  In Izzo’s reoccurring dream, he’s warned to tell no one but his closest friends that he can trust, of his journey. Taran eavesdropped on Izzo’s explanation of this which leads to Taran secretly following our party on the beginning of their quest. You can see this will cause drama down the line. Also the plague sent by Gradel, the evil man, can only be defeated by the couple who obtains and masters the power of true love. Is this possible in the game? We shall find out.

PN: Thanks.  Any final words for our readers?

My final words to the readers are thank you. Thank you for taking the time to read through this interview. We hope you enjoy and fall in love with our new concept! Much more information on this game is coming soon! We hope you stay tuned and pledge your support to our Kickstarter Campaign located here: http://www.kickstarter.com/projects/1018049635/elodia Thank you so much.