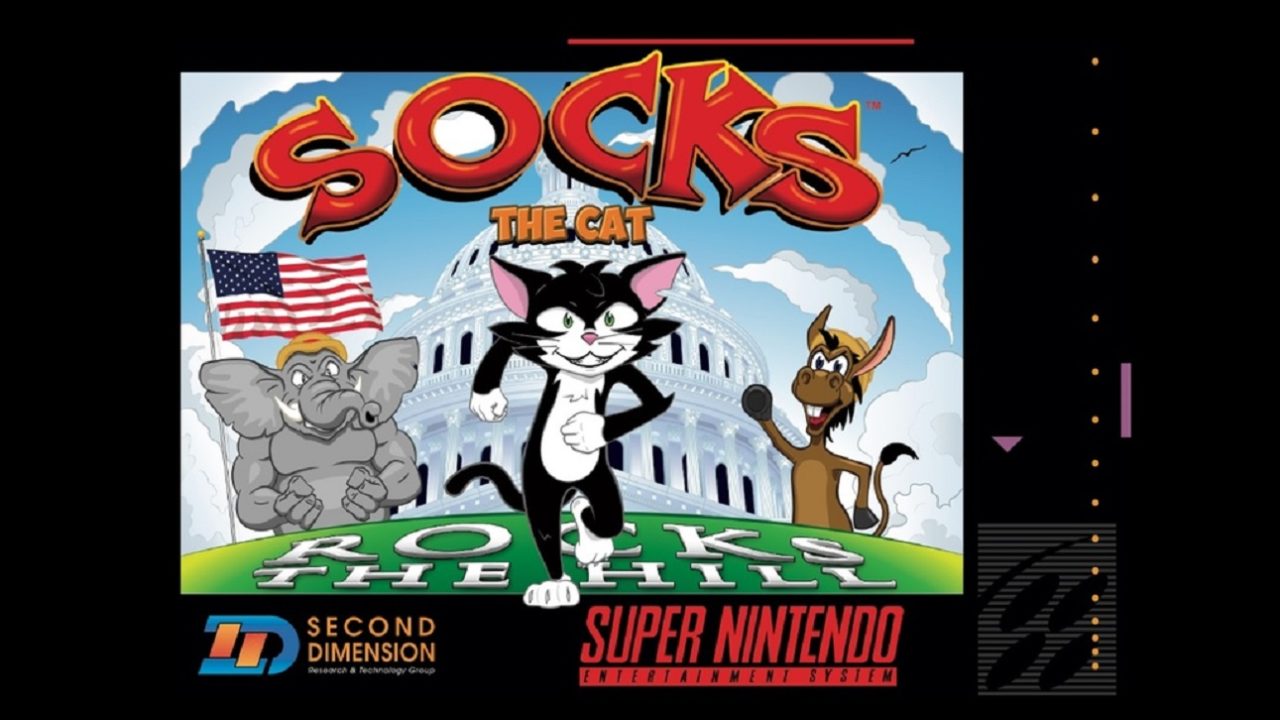 This is a condensed version of an interview conducted in person by PN contributor, James Colozzi.

For more fun details and behind the scenes information on this project, stay tuned for a future issue of PNM. 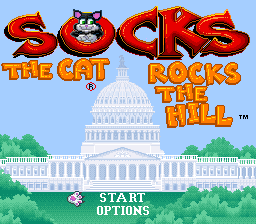 Pure Nintendo: For starters, for the people who are not familiar with Socks the Cat, could you guys give a brief overview of the game? 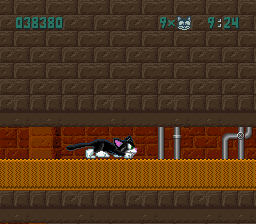 Tom Curtin (prototype owner): Essentially Socks the Cat is a game based on the pet of Bill and Hillary Clinton. It’s basically centered on Socks as a character. As you probably know, a lot of things in the 90’s were character driven. Socks is a Super Nintendo platform game, where your job was to go and fight different enemies. Along the way you’d fight different end bosses which were satirical versions of political figures.

The issue was, the original publisher closed its doors in the process of making the game. The game was lost; no one knew where it was. Around 2012, the person who I bought the game from uploaded a YouTube video of actual gameplay. Now people had footage; they knew it was real, that somebody had a playable version. Six months after I bought it, I announced that I planned to release it. Fast forward to today and that’s where we are at.

Adam Welch (Second Dimension):  I think Tom nailed it. Yeah, there’s not much else say, aside from spoiling some of the game characters and enemies and such.

Tom: Yeah, so after Socks was lost it kind of took on a life of its own. I think a lot of people are still shocked it even exists, and that it’s being released.

PN: A lot of times collectors seem hesitant to share unreleased games or finds such as this? How do you feel about that mentality, and why did you decide to make Socks available to a wider audience?

Tom: I guess I see it from a different perspective. When I bought the game, my intent was always to release it. I didn’t want to have it “held captive”. Being one of the most anticipated unreleased games ever, I think just doing a rom dump online doesn’t do justice to what the Socks the Cat is. I can see to a point where people are coming from, but we want to get a game out that was never going to see the light of day, and make it available to everyone who wants play it.

PN: The KS says the game was 4 years in the making. What are the biggest obstacles you faced to get where you are?

Adam: Legalities and bug fixes. Hunting down the copyright and trademark owners can take years, especially when a company goes defunct. Getting the rom off the prototype board wasn’t just a straight dump. When we started beta testing, we discovered a nasty bug that almost killed project. 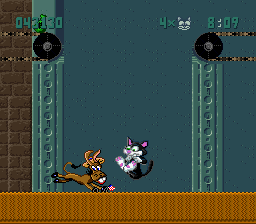 Tom: I definitely agree with that. There was point in time we thought we’d have to scrap entire project; there was essentially a kill screen before you fight one of the end bosses. Long story short, it put you in and endless loop and there was nothing you could do.

PN: Would you say your project was more intensive than most developers have to go through to release a game, due to the legalities?

Adam: In this instance we didn’t have the source code, all that we had was a compiled rom. So we had to find someone who knew how to hack SNES roms and program SNES assembly. We had to find the missing pieces, but we had to discover what was missing first in order to put the puzzle together.

PN: It just seems to add to the uniqueness of the project …

Tom: I think that’s a fair assessment. We had to do things a little bit backwards. I know Adam has spent literally hundreds of hours on this game, and it’s not an exaggeration. I don’t want that to be missed at all.

PN: What do you guys think the advantages are from using Kickstarter as your source of crowdfundng?

Adam: Publicity! That’s really it. And funding for the materials. 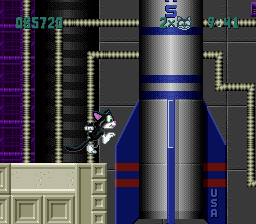 Tom: Publicity is a huge piece of it. Where In the age of social marketing; the biggest thing is to determine is demand for this game. It’s by no means a cash grab; our goal literally just represents us breaking even. KS fees, legal fees, trademark fees, artists, programmers, manufacturing costs, etc. At least with, KS we know how many carts we need, and how many boxes we need. What would happen if we made a hundred carts, and the demand was a couple thousands we can’t fulfill, or vice versa. For me personally, KS marketing is a big piece.

PN: How did your relationship with Second Dimension come together?

Tom: Adam and I go back 5 or 6 years being on forums online; Adam (who happened to be just a town over from me) shot me a message, asking me if I wanted to hang out. We went and had a few beers and that’s how it started.

Adam: I was up [in the Boston area] for database training. I brought an SNES to pass the time because I was only in class during business hours. I set up the SNES, and the controller didn’t work. I knew Tom was nearby so I shot him a message on the forum, asking if he had a SNES controller to borrow or buy. He ran me over two that night and we had dinner and hung out. 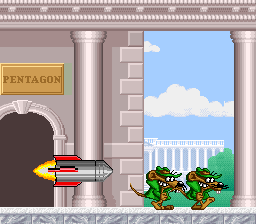 Tom: We have two other friends who are also big into the prototype scene; the four us have been friends for a while. When I talked about a Socks release, we just basically got together and said here’s what were going to do. Adam became leader for the project; it only made sense for him to publish to acknowledge his dedication to the project. It’s kind of evolved as Adam has taken on more and more responsibility.

Adam: On top of that, I’d also developed games previous to this and published my own games.

PN: The SNES has been so special to fans … over 20 years later, why do you think the console continues to resonate?

Adam: There are so many reasons. You have a lot of classic games that started on the SNES, and sequels that came of the SNES. Top that with RPG platformers, puzzle games, etc. The system has such a vast style of games and genres, its hard deny it’s not one best systems of all time.

Tom: I’m in complete agreement. The SNES brought pieces to gaming that the NES only scratched upon. The depth of games on the SNES; it didn’t launch the RPG genre, but it propelled it to a deeper experience. In my opinion, the SNES is the top system ever made. Could be that I grew up with it, but I think lot people feel same way. It really was a huge advancement in video gaming. We went to 16-bit, 6 buttons, not entirely different form where we are today.

PN: As a gamer, I would definitely say the SNES set a standard most console nowadays. Like you were just bringing out, the controller configuration…

Adam:  It’s one of the best controller designs. Without the SNES controller, the Playystation controller would’ve never seen the light of day.

PN: How do you think Socks will rank among titles of its genre?

Adam: I would say it would do fairly well, able hold its own. 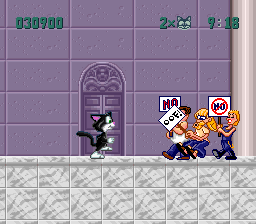 Tom: One factor again is the publicity that’s followed this game, Also, intentionally releasing it to coincide with the presidential elections I think is another piece too. If we compare against other unreleased games, I certainly feel it will be memorable.

Adam: It’s fun, it’s challenging, there’s replay value, there’s a lot to it for what it is.

PN: Other than the origins of the game, what stands out to you?

Tom: For me, it’s cool because there was a lot unknown. I didn’t know much about what I was getting, other than the story behind it.

What we’ve seen with the fix of the game is pretty outstanding. There’s plenty of times we got to a hilarious end boss and were dying laughing.

Adam: Having the opportunity publish it is more than I could ever ask for.

PN: What really stands out to me is the double whammy piece of history. The  political themes and satire, plus being over 20 years old, for me the history makes it unique …

Adam: Little spoiler – neither party is safe from satire in this game, I assure you. The game is still relevant today due to this year’s elections.

Tom: That was almost taboo, satire in a video game of political figures. It’s what added a lot.

PN: Do you think the Clintons will back you?

Adam: Well, I emailed Hillary. Don’t if she got the message or not.

PN: Might have deleted it … ;) To conclude, how would you pitch Socks the Cat to undecided backers? 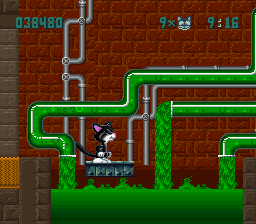 Tom: I would just say it’s a fun game.  It’s different and unique and the more you get into it, the better it gets.

It’s got replayability, and a cool factor to it. Our intent is 100% to put forth a quality product. We’ve dedicated time and money to make it  right and enjoyable. Were gamers; we can appreciate sitting down, throwing a game onm and just having fun.

Adam: It’s definitely a very fun platforming game. It has it challenges. What Tom said was spot on

PN: Thanks for giving your personal time.

Tom: Thank you! Happy to do it.

To view the Kickstarter campaign, click here. Pure Nintendo will also have a cool giveaway in connection with this campaign shortly.