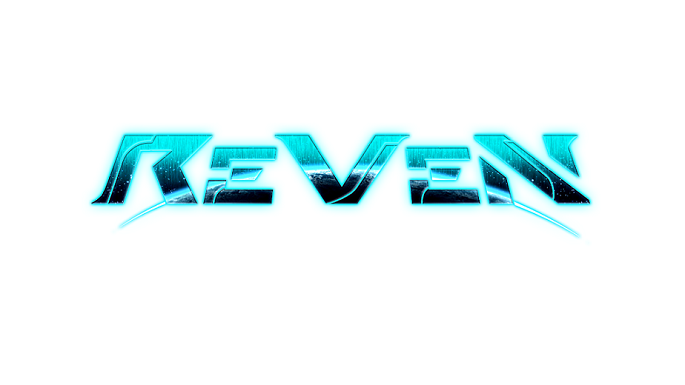 Pure Nintendo interviews Varia Games about ReVeN for Wii U

I was privileged to conduct an Interview with the developers at Varia Games, and learn more about their Kickstarter hopeful Wii U game, ReVeN … 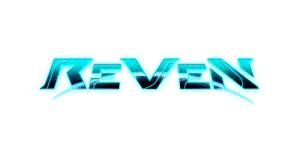 PN: First of all, thanks guys for taking time to chat with us here at Pure Nintendo.  Could you please give a brief introduction of team Varia for our readers?

Hey everyone, we’re team varia. John Rogeles, Austin Morgan, and Mark McLemore. We’ve been working on ReVeN for about 4 months now and we’re very happy with the way it’s turning out and the response that we’re getting from everyone.

PN: Where did the Inspiration for ReVeN come from?

Austin Morgan: I’ve always been a huge fan of RPG’s and first person shooters. I came up with the idea of the Energy Divergence Module as way to incorporate RPG elements into a fast paced action shooter while allowing the player to switch their abilities around on the fly. Although the idea has gone through many iterations, the original concept is still there and a fundamental part of our gameplay.

John Rogeles: When Austin first approached me with his idea about the EDM we were both playing Super Metroid at them time. Suddenly it hit us both like a train. Why not make a metroidvania with this new mechanic. It was perfect! We got so giddy about the idea. Giving the player options to customize their characters ability. With the EDM in mind I knew I had to create a humanoid robot character. And since we both wanted it to be a shooter it just made sense to add an arm cannon to our character SyRek. A robot wouldn’t be holding a gun right? I designed SyRek to be very flexible. A lot of thinking had to be put into his design. If he is going to be an espionage drone then it would make sense for SyRek to have a thin serrated lower torso for flexibility and have a Tank like upper body frame to balance out the characters weight. The results are what we have now.

PN: What made you decide to try to bring the game to Wii U?

We know that one of the biggest fanbase for Meroidvanias is on Nintendo’s platform. We ourselves are big fans of Nintendo and their game design ethics. We feel that ReVeN has a special place on the Wii U and possibly 3DS.

PN:  What are some of your ambitions (and challenges) for features such as the mission creator or co-op gameplay?

The mission creator is still a work in progress, but is fully functional with nearly every tool working 100% and the ability to create, save levels, string multiple levels together, and even activate a cinematic camera mode. The biggest challenge will be getting our server ReVeN connect off the ground so players can share their levels in an easy to use in-game menu system. This is especially important for multiplayer as players will need to be able to download custom levels on game servers that run their own. 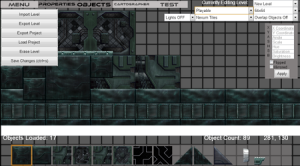 Our 4 player coop is survival mode that pits players against waves of enemies. Their goal is to build their bases up by collecting minerals and constructing base defenses before the next wave arrives. Online leader-boards will track waves survived, minerals mined, enemies killed and compare them against other players from around the world. Our 2 player coop takes place in a unique campaign designed for 2 people. For the Local coop modes, the camera will keep the players on screen at all times by zooming in or out depending on the distance.

PN: Could you briefly share a bit of your gaming background with us?

Austin Morgan: I’ve been part of the modding community for quite some time, and I got started making levels for games when I was 9 years old. My passion for gaming goes all the way back to the SNES days and I still remember the feeling I got when my Dad was playing Super Metroid and descended down that elevator to the dark and scary Norfair :)

John Rogeles: I have been drawing since I was a kid. Steve from Blue’s Clues was my TV show mentor showing me how to draw anything that had a clue on it. Shortly after, I got into making animation with sticky notes back in Middle School. Ever since then I have been sharpening my skills spending countless hours at my desk making stories, creatures and characters. I have worked on several projects shortly after graduating from FullSail University and have been learning new methods to expand on my art skills, like learning to create 3D Assets for games.

The Gamepad will be utilized to contain the sub-menu system to the EDM. Players can quickly shift their sub core energy around much faster without having to pause the game. The game also features a very deep and heavy story that will bend the player’s psyche. They will come across moments where they will have to make permanent choices that will change how the rest of the game will play out, which characters live and which ones die. They will feel the need to keep digging deeper for the truth. Who is eVe? Why was Nexum shut down? What is ReVeN? What happened to the Alien Race, the Ghekken? There is a lot more going on behind the scenes then what viewers will interpret from their first look at the game. We want the player to uncover the truth and not be spoon fed. But we will say this… The ReVeN Exists.

PN: ReVeN’s funding goals seem fairly modest when compared to other gaming Kickstarter’s looking to be published on Nintendo hardware.  How are you able to do more with less?

Here is the thing. at the 18,000 fund goal we will have enough to pay off financial expenses but only for half a year. At that point we will have to find part time jobs. The thing is, we love making games. We are literally living our dreams developing ReVeN. We don’t mind the sacrifice. This is the beauty of being an indie developer. We aren’t shackled to any restrictions or rules. We can add any mechanic or idea that we believe will better the game. But of course there in lies the one scary factor: there is always that chance of not reaching our Fund Goal because we aren’t a well known company. We are really asking for the bare minimum but only because we believe its fair and hopefully others will see this and chip in. Even if its only a dollar. Every bit counts. 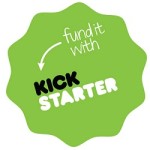 The Fundraising has been amazing so far.  Our backers have been giving us great feedback and we are always trying to build a connection with every individual by answering all their questions.

PN: What are team Varia’s thoughts on Nintendo?  And if development for the Wii U proves successful, is the 3DS something you’ll consider too?

We love Nintendo! They made our childhood what it was. In some small way this is us giving them a thank you for the games we grew up with. We hope we can do the same for others with ReVeN. We want ReVeN to be remembered as the game that started a new way to play a sidescroller. We are also looking into the 3DS as well. It would be amazing to implement our game’s mechanics to the touch screen and the 3D effects of the little handheld.

PN: Any final thoughts you’d like to share with Pure Nintendo?  In sum, why your new project is worth a look? 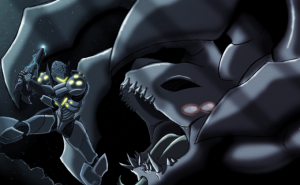 ReVeN has a lot to offer in terms of gameplay, story, and content creation. A robust new mechanic for the sidescroller genre. A diverse Mission Creator for those who love making their own levels and sharing it with others. A possible Multiplayer and Co-op expansion that could be added on after the game is complete if our Kickstarters stretch goals are met! A single player with a deep story that will blow people’s minds. They will not see what’s coming as the game unfolds.

Thank you Trevor for your time and giving us the opportunity to do this interview with you. We can’t wait to show you guys more of ReVeN in the near future. Look forward to the beta in the next few months!

Thanks again to the guys at Varia Games for chatting with Pure Nintendo.  Be sure to follow ReVeN’s progress at Kickstarter over the next few weeks.