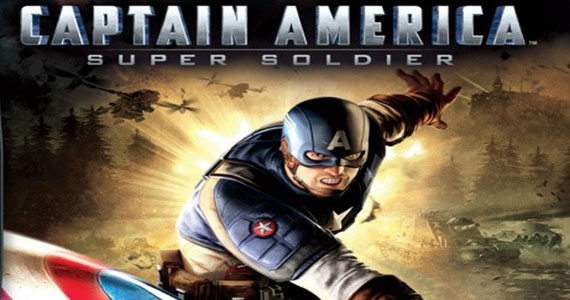 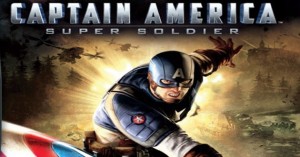 Those of you who read my Captain America: Super Solder Wii review may remember I was underwhelmed by the gameplay itself. I just did not feel like I was playing as the Captain. I also received the DS version which I kept making excuses for not reviewing. How could a DS movie game be better than the Wii version? How could I feel more like the Captain in the DS? 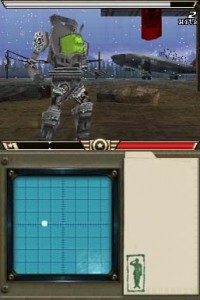 For me when playing a super hero game I would like to feel like I am that hero. The game has to capture the feeling of what it may be like to be that said super hero. For me Captain America: Super Solider DS did just that.  Unlike the Wii version, the DS version Captain felt smooth, powerful, and well, captain like. The DS version, which is a scrolling platformer, captures the essence of the captain, the Captain’s moves are slick and…well wonderful. By pressing the Y button Captain performs many different attack moves; kicking, punching, shield slamming. While pressing the A button the Captain can toss the shield whatever direction the circle pad is pulled.  (In my case the circle pad) The B button sends the Captain up in the air, which gives him the ability to toss the shield at enemies, or come flying in with a roundhouse kick to the face. That is the big difference between the DS and the Wii version of Captain America. The Wii version fighting was slower and the use of the shield was limited, or at least not as well used as I hoped. The DS version Captain fighting style was fast paced and had options. You are surrounded by 5 enemies, What do you do?! You could toss the shield in the direction of two enemies knocking them down, punch the guy in the face in the other direction and watch your shield come back and hit those two enemies again who were just getting up. Do a back flip over some more enemies and hit one in the back of the head with the shield. Then use your shield to block a missile back at other enemies then throw the shield to take out the last surviving, but probably scared to death, enemy. 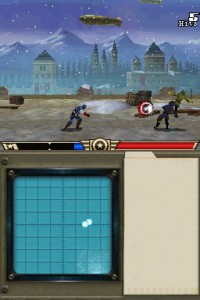 Captain America can also use his new found DS skills to help get around the environment. The Captain can use his speed to jump over great distances, while at the same time throwing his shield at unsuspecting enemies below. The Captain also has the ability to wall run and jump to find  his way around different environments.

Everything in the DS version of Captain America felt more Captain like, even the audio. I find myself, while writing this review, letting the music in Captain America play while it gives me a sense of power and accomplishment. The audio score is one of the best I have heard, in a DS games, sense Dementium 2. Even the voice acting, which is obviously more limited than the Wii version, comes across more natural than even the Wii version.

There are a lot of similarities between the DS and the other Captain America games. Most of the game the Captain finds himself fighting against the Red Skull and teaming up with foes who enjoys having the Captain play games in-order to receive information. There are a few shield and life upgrades that can be found that helps make the game a little easier. There is also the occasional soldier that needs saving that really does no good for you…but hey you are the Captain so you have to good do things. 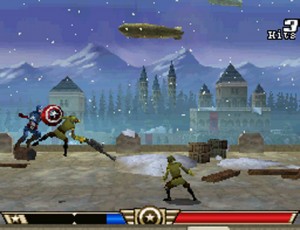