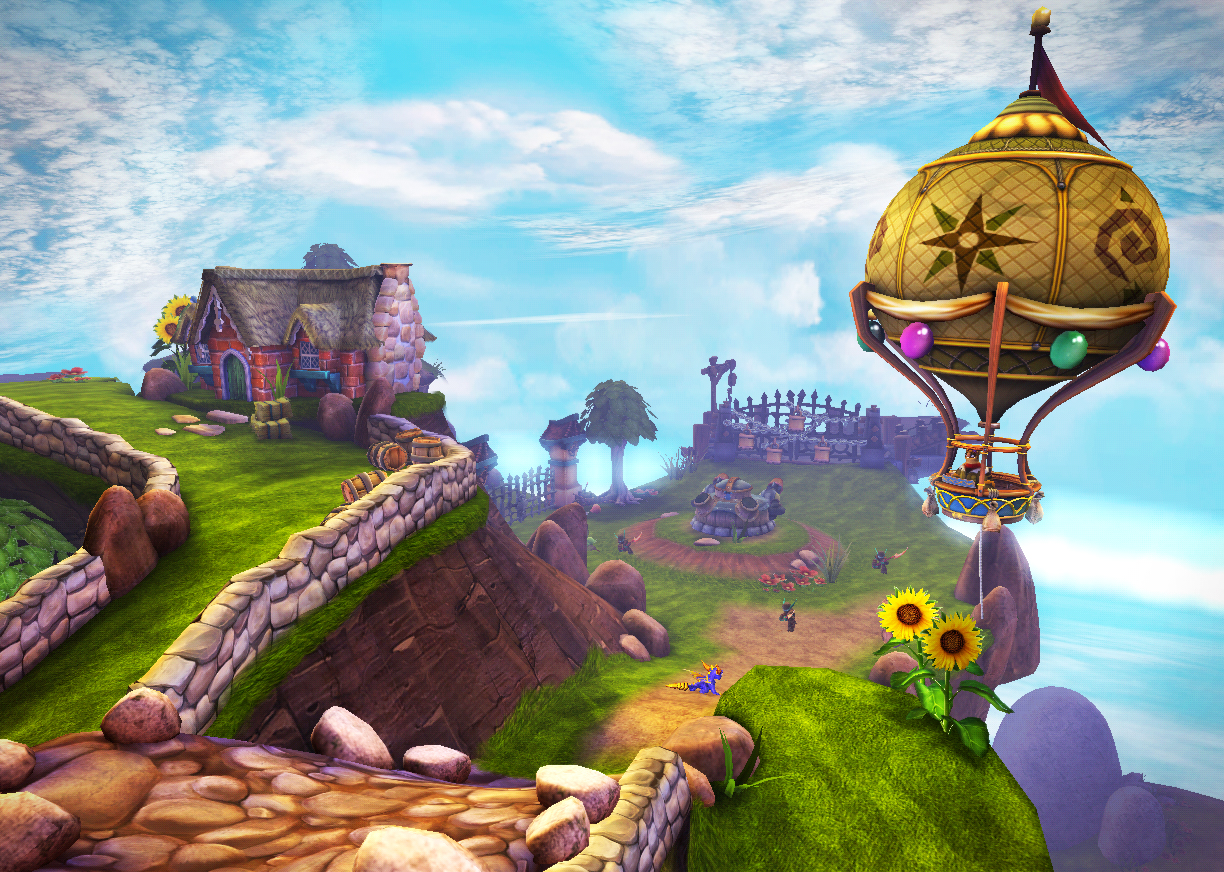 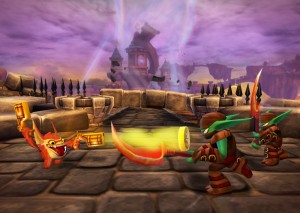 What better way to combine two favorite pass times, playing with action figures and video games, then creating a video game that uses action figures. Skylanders: Spyro’s Adventure does just that by using a bridge device called a Portal.

In Skylanders the player becomes s a “Portal Master” who is thrust into a battle to save a mystical land. Being one of the last portal masters, its up to the player to use the portal of power, and the Skylanders who are hiding on earth, to help defeat the evil Kaos.

Skylanders is a story-driven adventure game that was written by Academy Award-nominated film writer, Joel Cohen and Alec Sokolow. You may know them from a little film called Toy Story.

The story at times may seem a little childish and downright lame. You will find the humor and character personality you would expect from a Toy Story writer. 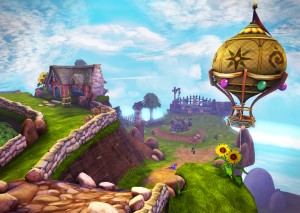 In the story, all the Skylanders had been shrunken down and sent to earth were it becomes the player’s job to find them and use them. Which means in real life going out and paying, at least, $8 for additional Skylanders that are outside the starter pack of three.

In the Wii starter back you are given three Skylanders to start with. The first being the one who has a name in the title, Spyro, who is of the magic element, the second is Gill Grunt, who is of the water element, and finally Trigger Happy, who is of the mech element. Skylanders offer a verity of other elements to pursue; Fire, air, earth, undead, and the life elemtns. As of this review, there are over 30 different Skylanders to purchase and more to come. 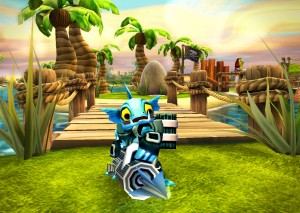 The reason for so many Skylanders is three-fold. First, and lets just get this out there; it gives Activision a way to make more money on this game. Second, getting into game reasons is the ability to mix and match different Skylanders abilities and strengths in 100’s of different combinations, to make the ultimate Skylanders team. The third, and probably the most annoying reason, is to give the game a re-play value. There are tons of things to collect, find, and do in Skylanders, that it can be a little over-whelming for people like me who have slight OCD. The problem isn’t necessarily finding the time to collect everything, but the money. A lot of the sections in a level are blocked off and only accessible by particular Skylander elements. As an example, the three mentioned Skylanders can get into all the parts for about two levels, then you start running into area’s were you may need a fire or earth Skylander to unlock a section. This aspect of the game does force a high replay value. 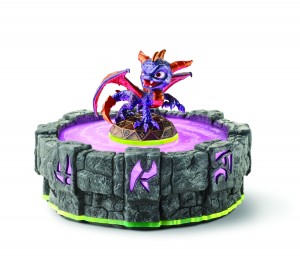 You may be wondering what the big deal is about these Skylanders figuring’s. Well, my patient reader, Skylanders offers the first truly cross-platform game. Built inside each Skylander character is a chip that saves the players Skylanders stats, level, unlocked purchased abilities, and even protective hats like a saucepan or a Tiki head. This data can be taken to any other friend, or foe, lets be honest we like to brag, and placed on their portal of power to use your awesome Skylander. When I mean cross-platform, I mean cross-platform. A player can take a Skylander from the 3DS, Wii, PS3 and Xbox 360 and swap and switch between platforms, by using the magical portal. 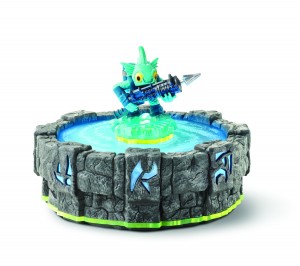 With the ability of cross-platform play, Skylanders offers an integrated multi-player option. As long a portal is involved (minus the 3DS) two Skylanders at a time can be placed upon the portal to enter the game. Just like in single player mode, the transition between different Skylanders is as quick as moving your hand to pick up a Skylander off the portal and using that same hand to place a different one on it. 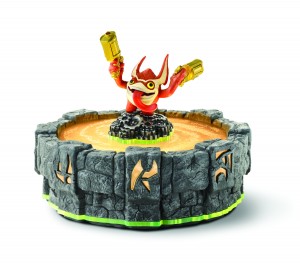 Even though Skylanders: Spyro’s Adventure comes across a little childish, it still holds a lot of fun. Being from the writers of Toy Story, that childishness can be over looked because of the pure awww factor that is known from Toy Story. Even though being forced to purchase additional Skylanders is a pain, I found myself ready to rush out and purchase at least one Skylander from each element. Skyladers: Spyro’s Adventure is honestly one of the best games a parent and a child could play together or two rival friends.